The Psychological Cost of not Being Provided For 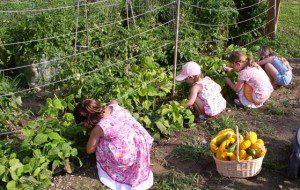 Children not getting what they want certainly does not constitute child maltreatment, and historically isn’t uncommon. The societal construct of childhood has changed several times in last few centuries, with ebbs and flows in the level of freedoms, rights, and responsibilities children have at various ages.Children have not always had childhoods. However, children have always depended on their parents to provide for them. Sometimes children who are not cared for are removed from their parents, and historically some children who were not cared for died. Children who are not provided for, know. It is a painful realization that through choices made by parents of their own free will, a child was not given what was needed.

My siblings and I had more responsibilities and less rights than is considered typical in current society. Part of this including not really having our own possessions, and not being given new belongings except for a few
notable occasions. We were not entitled to our own space, in fact having a right to possessions and space was contraindicated because of my parents’ belief that having too many rights would make a child feel entitled and cause corruption.

It isn’t the loss of possessions ‘that could have been’ that is the problem. The loss factor in not being “provided for” lies in the reason it happened. In the case of my family, there are several reasons that we lived an essentially impoverished lifestyle. My father did not work regularly, although he did have several different jobs for short periods of times over the years. There were simply too many children in the home to properly care for on the child tax credit. The choices my parents made, including various business attempts, meant that even when there was money, it was not spent in a way that contributed to the well-being of the individuals in the family, or the family as a whole.

My father believed that he should not have a job in an organization where a woman was in a position over him in the company hierarchy in any way, even if he never interacted with them. This belief came into play over time, as he further and further restricted his job options by becoming more strict over the years about what his interaction with women could be in the workplace. It had originally started with not being able to be a peer with a women or have an immediate supervisor who a women, and then expanded to include most organizations by default. Not having a job most of the time naturally resulted in not having enough money to provide for the family. My mother never worked because my parents believed that her place was in the home being a homemaker.

My parents disapproved of welfare, and in hindsight I realize that they would certainly have not been eligible for welfare, given that two able bodied people cannot sit at home and receive welfare. They did receive the Canadian child tax benefit, and when you have 9 children under the age of 18, it turns out that that benefit is not an insignificant amount of money – still not enough to properly care for that many children, but there was more money than we were led to believe as children. This money was spent mainly on groceries and “business expenses”, and on housing costs, however my family never had very high housing costs because my parents owned properties and stacked many children into very small spaces. They also kept expenses under control by gate-keeping the use of heat and lights.

My parents had a number of businesses over the years, so many that it is difficult to keep track of all of them.  There was a furnace selling business, in which my father spent a great deal of money on pamphlets and a floor model and a trailer to pull the floor model (it was the size of a garden shed), entry fees to farm shows, and advertisements, and in the end sold less than half a dozen over two years. There was a wood selling business in which my father bought chain saws and other equipment like protective pants and helmets and gloves, and then piled firewood up near the road and behind the house and sold it to passersby. The money earned through this simply could never pay for the amount of labour (child labour and his own) and start up costs. We did not burn wood in our own house.

There were yearly attempts at market gardens. These were family exercises, in which we all went out in the spring (homeschooling did not interfere with this) and dug up the garden by hand and with a rototiller that my dad spent thousands of dollars on to maintain every year – for some reason it never worked and he had to take it for servicing literally several times per year. We then put about $100 worth of seeds in the ground. Most of it never came up. My sisters and I tried to water the garden with buckets, but we couldn’t water an acre of garden by ourselves. Depending on the year and what stage of child-bearing my mother was in, some of it was picked and some of it was left to rot in the garden – my father had always lost interest by this point and was off working on some other ‘home business’. We never really sold much. We sometimes paid for a farmer’s market booth and tried to sell there, however never earned as much as was spent on seeds. We also preserved some of it through canning and freezing.

Because of all these financial decisions, my parents did not provide the basic necessities to us. Instead they depended on the charity of acquaintances, even for such dubious items as hand-me-down underwear. Underwear for children, even 9 children, is very cheap, but my parents decided to ask other families to give us their underwear that was no longer wanted. And they did. They were also given ratty dresses and shoes and pants and shirts for the boys. We sometimes wanted new items, but we were shamed for not being grateful to the church families for giving us their castoffs, and were forced to wear the cast offs to church and thank the parent and the child who gave the clothes personally.

My parents always seemed to be able to provide for their own needs. My mother wore hand me down clothes sometimes, but usually other women made clothes for her. My father always bought his own clothes, likely from Salvation army, but it did not go unnoticed that he was allowed to not prostrate himself to others and beg for clothes. They also seemed to be able to squeeze in date nights, even when they were barely speaking to each other and we were on a steady rotation of oatmeal, rice, and rice. They sometimes bought steaks and had them after we went to bed. They always had coffee in the mornings, even when they couldn’t afford anything else.

It was very hard for us to see other children get some of what they wanted and everything they needed, and even to see our own parents have what they wanted, while we were not allowed to have what we wanted. When we did have treats or get new things, we hoarded them and saved them and bragged to our siblings. We would take as much as we could of free things. Our parents tried hard to make sure that we viewed desiring things as a sin. Even expressing a desire for something was enough to put it completely out of reach. We were taught to put ourselves down for wanting things. We were taught that others were entitled to what they wanted, but we were not. Because we had to take what others no longer wanted, we felt like the trash of the church. We were taught that we wanted was not important.

The psychological cost of not being provided for was a loss of self-worth. It took many years to realize that we are worth the same as others. It was quite an experience going shopping for what we wanted in the mall. Now that I work full time, and I get cheques regularly, it is still a weird feeling to see that we have enough money for what I want – not to mention what I need. I sometimes have to force myself to see that it is ok to buy a few new shirts even if I still have some. The decision to withhold basic necessities of life and let children depend on the charity of others, by choice, is intrinsically harmful and teaches children that the world is a dangerous place. Teaching children that they are not as important as others is self-serving and abusive.

Sarah lives in Ontario Canada with her husband and works in the social work field. She was raised in a large independent quiverfull family, who traveled from church to church looking for sympathy for their belief system. She left at age 17 to complete high school and university on her own. She blogs at http://feministinspiteofthem.blogspot.ca/