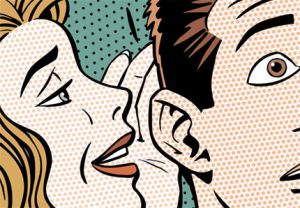 I’m halfway tempted to have today’s post be nothing but a collection of choice quotes from this chapter, because they almost entirely speak for themselves. However, like most of what Helen’s says, it’s all grounded in (unfortunately) common stereotypes about gender, so they are worth discussing. The chapter is titled “Masculine Pride,” and I had a hard time identifying anything in it that I could agree with or tolerate. Beginning with this:

The most important thing to learn on this topic is that masculine pride is very sensitive. A man cannot stand to have his masculinity belittled, ridiculed, or treated with indifference. Such an attack on his manhood is one of the most painful experiences he can suffer.

As members of the human race, I’m sure most of us can attest to the unpleasantness of being belittled and ridiculed. I’m going to be honest and say that, in grad school, I had to deal with a woman who belittled me in front of our peers pretty consistently– and it was worse than just distasteful. It was infuriating at times, and there were days when I drove home from work literally screaming in frustration (yes, I’m that dramatic).

The most painful experience of my life? Completely unendurable? Uhm . . . no. Not even by a long shot.

Granted, I’m a woman, but I’d have to be a real “man-hater” to believe that all men were incapable of tolerating any sort of ridicule whatsoever. But that is, in fact, what Helen spends her entire chapter arguing– that all man are, in fact, this immature, and are incapable of growing beyond it. I understand that when your spouse ridicules you it’s a lot harder to swallow than when a colleague does it. We trust our partners with a vulnerable heart, and being attacked by him or her would be painful.

If that’s where Helen went with her ideas, she’d have no argument from me. However, to Helen, there is no difference between offering constructive criticism and ridicule. They’re the exact same thing– at least, if you’re criticizing or ridiculing something about his masculinity. She is completely silent on how your husband will supposedly respond if you start negatively talking about something that she doesn’t associate with his “masculine qualities” (“his muscular body, his manly skills,” etc.). By doing this, she completely erases any sort of possibility that men exist outside of Western gender stereotypes. It’s not just that she’s reinforcing stereotypes– by telling women to only recognize their husband’s masculinity, she is telling them that recognizing and appreciating non-masculine traits is either a) a waste of time or b) wrong.

Two of the things I admire about my husband are his intuition and his empathy. I can’t imagine what he would be like without those traditionally “feminine” traits. But how would Helen react to me consistently affirming these “feminine” qualities and occasionally being amused at his obsession with Michigan football or aerospace engineering? Pretty sure she’d be horrified.

This is also the chapter where she starts her heavy-hitting “men must always excel women” idea.

Don’t belittle, show indifference, or excel him in anything which requires masculine ability. This applies not only to skills in his work, ,but to such things as carpentry, mechanics, fishing, hunting, masculine sports, math, or anything in which he has masculine pride . . . and if, through necessity, you must perform some masculine skill yourself, do not outshine him.

I’m currently writing on my husband’s laptop because my desktop PC died a couple weeks ago. When I got a blue screen, I handled it on my own. I started troubleshooting. I googled solutions. I figured out it wasn’t the video card or the power supply completely on my own– that it was a 7B error. I cracked open the case and started switching out DIM cards. Today I’m going to boot from disc and try to see if it’s the hard drive and if my data is salvageable (backups are your friends, ya’ll). I grew up with my dad– a computer engineer — showing me everything I need to know about computers. I built this PC on my own (which, seriously, not that hard. Nowadays everything is color coded).

But, oh noes! Computer engineering is a masculine field (yes, she says this later in the book)! Computers are for boys! I’ve emasculated my husband by handling my own problems!

As if. Handsome (my husband) is proud and impressed that “I got this.” Sometimes, I don’t. Sometimes, I don’t want to open the pickle jar. I could, but why not hand it off to him when he can easily pop it open and I would have to strain? Our marriage is about determining abilities and gifts– he loves spreadsheets and budgets, and I adore the Food Network. He handles the financial side of things, I handle a lot of the daily logistics. He’s big picture, I’m detail-oriented, and we do what works for us. Sometimes that means some of our responsibilities fall inside “traditional” roles, and sometimes it doesn’t. We also don’t care.

The next few pages are loaded, but it’s pretty much more of the same– although it does expressly forbid working women from “excelling him at work; doing a better job, advancing to a higher position, or bringing home more pay.” In a country where women are the primary breadwinner in 40% of all households, that particular order is insanely outdated.

Then she moves into a section labeled “Common Mistakes Women Make,” and describes a few situations. The first one is a scenario where the husband wants to make a large  investment where the odds are “10 to 1 that he could be fleeced” (her emphasis). The only way we’re allowed to express concern about this? “It sounds like a good idea . . . but for some reason I just don’t feel right about it.” Offering a logical analysis? Discussing his reasoning with him? Not possible. We’re also not allowed to utter the words “Let’s be practical” or “sensible.” Anything we do that could put a damper on his enthusiasm is the same exact thing as belittling him. No, really:

Remember, if your diminish masculine enthusiasm, you damage masculine pride.

And if we’re busy with something, like right smack dab in the final moments of cooking dinner and he wants to share a compliment he got from his boss, we’re not allowed to say “That’s wonderful! Could you tell the girls to wash for dinner?” Because being distracted and preoccupied is not permitted– that would mean we’re not “feeding our husband’s soul.” She refers to this behavior (not dropping everything your are doing the second he walks through the door) as belittling and dismissive.

Helen and I could be on the same page if she used the words “belittle” and “ridicule” the same way the dictionary uses them, but she doesn’t. She turns ridicule– something that actually could be a serious problem — into any action on a woman’s part that indicates she’s an actual person with a mind, responsibilities, and abilities of her own.

November 6, 2013 Quoting Quiverfull: Why Buy the Cow When the Milk is Free?
Recent Comments
17 Comments | Leave a Comment
Browse Our Archives
get the latest from
Nonreligious
Sign up for our newsletter
POPULAR AT PATHEOS Nonreligious
1