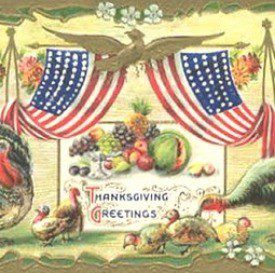 The quotes and theology I stumble across as part of my posting and moderator duties at No Longer Quivering sometimes make me laugh, but many times I’m more likely to drop my full coffee cup in shock or dismay, just like the graphic of a spilled coffee cup I use for the Quoting Quiverfull feature.

The QQ quotes are chosen by their ability to make me do a sharp intake of air and lose my grip on my coffee. The outrageous, the ridiculous and sometimes, the downright dangerous.

This week between some of the quotes and some of the things written by the usual offenders I’m wondering how the uber religious can possibly think that curtaining the rights, duties, privileges and responsibilities of others based upon sexual gender and their own understanding of a book written in an ancient culture by many authors that may or may not be applicable in our modern times is a good idea.

There are so many different meanings and translations of the Bible that I don’t think anyone can genuinely claim to have a lock on ultimate truth. It is more like watching a group of blind men feeling up different parts of an elephant and saying only their understanding of what the elephant is like is the right one. They all have pieces of the picture, just not the entire thing. I think that is the state of the Christian church today, bits and pieces that perhaps fit together.

One of the most head scratching pieces this week was when I posted the quote of Jonathan Lindvall saying that it wasn’t a good idea to have women on juries or allow them to vote, Allow? It’s a right and a privilege in our country to vote and a part of good citizenship to serve on a jury.

His reasoning on the jury service was that it would not be good to expose a young woman to possible trauma from what she might see, or hear, or experience serving on a jury of her peers. He doesn’t seem to realize that if there is anything even slightly untoward, such as viewing autopsy photos, that might occur the potential jurors are polled as to their ability to serve without being upset. You are given an out.

I’ve served on a few juries and it’s mostly tedious waiting with short periods of interesting testimony and long hours discussing the proper verdict. Only once have I been in a potential jury pool and ended up traumatized. It was due to the fact that it was a murder trial and I knew the victim quite well. I asked to be excused, was questioned by the defense attorney, commonwealth attorney and the judge before being dismissed. I like to think I could have been fair but the reality was that I had already formed an opinion on the guilt of the defendant. None of which had any slight connection to my sex or religious beliefs.

One day soon I’ve have to tell the semi-comical story of the jury I served on for a lady who’d been video taped beating down the Safeway manager while stealing a buggy filled with steaks. Now that was a funny three ringed circus. How can you argue with a video tape of the crime?

Very few people actually enjoy jury duty but most people understand it is an important role in assuring that justice works as it should. Making half the population not eligible to serve is a grave disservice to our great nation. Even Supreme Court Justices will appear and serve on juries if called up.

Not voting? Same lame excuses the anti suffragette crowd tried to use to keep women from being allowed to have a voice in who represents them on the political stage.

With all the hue and cry about culture wars and Christians impacting the culture for Jesus you’d think that the Fundamentalist and Evangelical crowds would be all for women on juries and voting, if for no other reason than to swell their numbers and assure a bigger impact on the culture. They’re hurting their own causes when they shut out their women folk from having a role in what they are trying to accomplish.

Also this week I featured a posting written by Vaughn Ohlman on his belief that women should not serve in the military at all, much less in combat.

To me this is all a moot point because there are occasions in the Bible where women were warriors or took part in defense against invading armies. I look too at history, at the warrior queens, at Joan of Arc: unlearned peasant girl who claimed that God called her to lead the French army to victory for the Dauphin.

Not to mention the fact that women in the military have been placed unofficially in combat situations around the world in the US military. When my husband was serving in Army Intel there were women at the various bases serving in areas that were considered potential front line. When you sign up, male or female, you realize there is always the possibility that you could be in a combat situation some day. It’s not all holding hands and singing Kumbaya all day.

At no time was this not in the back of my mind when we lived in Germany near the Fulda Gap. During those days I worked at the base USO office as the welcome wagon/volunteer coordinator. Every fall we helped out when the military did a mock removal of military spouses and children, practicing for the remote possibility that war would be waged and non combatants would need to be shipped out for the States on a moments notice. If the Russians had decided to attack the West, then the Fulda Gap would have been right where they would have marched through. Every single spouse I knew there lived with the possibility that one day there could be war and we might be in the path. We chose to stay and support our military men and women.

So all this talk of not putting women in military harms way is just much too late. Again, it is the right and/or privilege of any heroic person feeling the patriotic call to serve their country. Time spent at any military base schools you in a hurry about the integrity and sacrifice these brave souls embody. Saying that some do not belong because of biology belittles all that serve.

I’ve always wanted to know exactly what the percentage of fundamentalists or evangelicals or theonomic men that have stepped up to defend our freedoms? I’m guessing from what I’ve observed over the years that very few from those groups end up in the military. Until they start stepping up in the numbers that other groups have to serve the citizens I have very little respect for their opinions on who is fit to serve.

On the eve of Thanksgiving, a time when we’re celebrating our freedoms in America and those that made it possible to have freedom of or from religion, I think it’s seditious and unAmerican to try and strip those same freedoms from half the population merely because of a random roll of the reproductive dice make them female.

Happy Thanksgiving. This year I am thankful that I live in a land where we all don’t have to think or believe the same. Where there is freedom to think as you chose. Where all are considered to have been created equal. Freedom from state sponsored religion. Freedom to hug a tree or bow before your God.

Imagine how boring it would be if we weren’t free to be ourselves?

November 29, 2013 Quoting Quiverfull: "To Train Up A Child" Harmful?
Recent Comments
7 Comments | Leave a Comment
"Honestly, Doug here has no idea how little I care about his opinion. My husband ..."
Whitney Currie Don’t Find Yourself?
"At a guess? Birth control."
Whitney Currie Don’t Find Yourself?
"It looks really awful. I think cutting it off is the only realistic thing to ..."
Zeldacat When Quiverfull Beliefs Run Public Policy: ..."
"That's awesome! A wandering sinner lol. I like it!"
Cathy Young Michael Pearl Literally Judges Everyone Else’s ..."
Browse Our Archives
Follow Us!