She Deserved My Undeterred Love 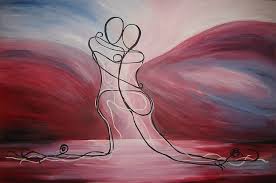 by Joe Sands cross posted from his blog Incongruous Circumspection

The day was sweltering hot in the two room studio apartment. The air conditioning, rusting in it’s metal encasement, rattled and whined, trying to keep up with the radiant heat of the asphalt coming in the back window. The room smelled slightly, as it always did, of a small gas leak from the old, olive green, stove on the east wall. Dishes from supper were haphazardly left on the counter with a path of clothing, torn off, to the mattress on the floor of the living room.

There I was, wrapped up in the arms of the woman I loved. We had been there for hours, kissing. Her face smelled of saliva and sweat as I traced it with my fingers for the hundredth time. She shivered as I traced the finger down her neck, over her shoulder, flattening my other hand against her back and pulling her toward me, revealing her entire back. I ran my fingers around the moles there, then down to the back of her knees.

She smelled of sex.

I was in love with this woman. No, “love” is a paltry word…meaningless, really. What I felt for this woman, in this moment, was a passion beyond any words I could muster. My awestruck gazing at her body in front of me looked like lustful desire, but encompassed all the reasons why I carefully and lovingly undressed her in my living room that night.

She held on to me and squeezed tighter. My heart picked up speed. I rolled her onto her back, my lips meeting hers, our eyes closed, and entered her slowly. She was tight and warm. A gasp escaped from her throat and I shivered with desire. No thoughts were going through my head. I was in the moment as I began slowly thrusting, building to a crescendo and exploding inside of her while she cried out in climactic orgasm.

And at that very moment, my mind was shattered with guilt. I had just made love to this beautiful woman. My face, no, my whole body smelled like her. Her scent was the closest description I imagined heaven smelled like. A mixture of Aspen brand perfume, the smell of her kisses, the crisp smell of her skin, her juices, the woman that she was – and we weren’t married.

Weeks later, we discovered she was pregnant. Two days before we were to be married, actually. We told no one. Instead, we suffered in our guilt – alone…together. The day we found out, she was sitting on the toilet in the studio apartment, having just peed on a stick. Standing up, she turned to me.

That wave of guilt washed over me again. “We aren’t married,” I thought. This meant everything. We were now going to have a baby sooner than nine months after we were married, making it obvious that we had been having sex before saying our vows. This was bad. My mind raced, trying to think of excuses, ways to pull the wool over the eyes of our pastors, our friends, and all the people that we knew would judge us for our carnal sins.

Once married, the guilt continued. Our happiness was clouded with the “problem” of being pregnant. The baby growing inside of her had no name, no personality, no personhood…it was merely a manifestation of a grotesque sin – the sin of making love to a woman that I cared for deeply. Enjoying her body, her enjoying mine, showing each other, sexually, what we thought of each other. A natural and awesome act of anamalistic carnality.

The suffering became so great, we began to call pastors and friends. We met an associate pastor in a restaurant and admitted our guilt. He cried. We went in front of the church we attended. Some judged, some cried, some didn’t care. The sin continued to grow in her body as her belly began to expand.

I was nominated to an officership in the church. In the entire history of the church, every vote had been unanimous – until this one. I won by two votes. I was a sinful man. I had created a group of vile and evil cells inside my wife, barring me, in the minds of many, from any service to their god.

The sin continued to grow. We heard its heartbeat, watched its length expand, viewed the ultrasound of it, watched it jump around inside her uterus. I made love to my wife, trying desperately to alleviate my soul from the guilt of the sin I had created inside of her. Sex was still wonderful, but it was a constant reminder of the filth we had made.

The filth was born. There she was, a beautiful baby girl. My girl. My daughter. Our daughter. We had made her in the throes of our love. For nine months, we had looked at her as a black blot on our souls, but now, right here before us, was a living breathing, wailing…girl. We fell in love with her, deeply.

Our guilt remained for ten more years until finally, we tossed off the last shred of it.

Renaya, you deserved my undeterred love. Forgive me, my beautiful girl. <

November 23, 2013
Quoting Quiverfull: Voting & Jury Duty Are For Men Only?
Next Post