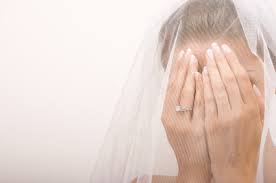 (Editor’s note: Please welcome Mere Dreamer to NLQ and the SASBN! Another great addition to our group!)

I grew up in a 3rd world mission where the horror stories of Northern news overshadowed all other impressions of the US, though I determined to move there after graduation in spite of the fear. My 17 year old, culture-shocked self feared the six block walk from the school to work, morbidly certain it was inevitable that I would be kidnapped and raped.

So I asked a friend of a friend to walk me there, dated, then married him … a man who ended up raping me throughout our relationship, though I didn’t know to call it rape at the time. I wasn’t informed that there were less overtly violent forms of attack, or that rejecting and ignoring “no” or using psychological manipulation to back me into a corner were just as wrong.  I thought it was all my fault for not being strong enough to resist his tactics.

Besides, he wanted to become a missionary! He wouldn’t do something like rape! And he constantly said he loved me. I wanted to be loved more than anything.

My education had been clear. No matter what, if you “fall into sin,” then marry the person you sleep with to make things a little better. I’m not sure anyone actually told me that, verbatim, but the shocked gossip about the failings of those who had graduated before instructed me in the choices ahead.

It was easy to see there were problems in our relationship long before we got married. Being pinned to the floor and threatened for saying “no” did give me a small hint of the path I had chosen,… but I “knew” I had to go through with it. No other man could want me,… not after what I had done. Maybe someday we could repair the damage of how we had started.

We received marriage counselling from a man of many judgments and strong opinions, who we firmly informed that we had not yet slept together. I felt guilty for lying, but not enough to risk two angry lectures. One from the pastor and the other from my partner in crime for betraying the secret and ruining his reputation at his parent’s church.

I’m not sure what the pastor attempted to teach that fearful 19 year old, but the only person who thought it helped our relationship was my ex. He loved to remind me of the many ways I was failing the Christian marriage system,… in love, of course.

I believed he was helping me be a better person by his constant reminders, and wondered how I could be so rebellious when I mentally wanted to submit and obey. How wonderful that I’d found someone willing to tolerate me … sometimes. It didn’t occur to me that his expectations were unrealistic and ever-changing.

Every day of anger and accusations framed with endearments made my failings more clear. I can still name all of them for you, but I couldn’t figure out how to eliminate them. The church teachings agreed I was a failure. His parents agreed. Our Sunday school class study guides agreed. Everyone tried to fix me so we could have a good relationship, with a few token gestures toward him, which he easily promised to fulfill.

Most of the time I persuaded myself I was deliriously in love, as was expected of his wife. But sometimes I let slip the things that were my everyday life, and everyone assumed I was trying to make him look bad. “Don’t gossip!” they said. “Don’t speak evil of your husband!” I wondered how such a normal event could translate so badly.

In spite of my confusion, I apologized and promised to keep my mouth shut. It was so easy to damage his reputation … so difficult to avoid. I wondered why I was such a bad wife even when I intended to be good,… and tried harder.

I remember the stabbing agony of the day I found our “love notes” from the training days. While reading, I finally realized it was a good thing he gave up on being a missionary. “They can’t use my strengths in missions, sweetie,” he had said as I choked on my disappointment.

I read page after page of outright lies I had discovered later, forceful language glazed with endearments, and irritated superiority informing me that our physical relationship was his right and “Everyone does it!” In contrast, my own letters were full of begging him to stop touching, stop asking, stop pushing, please, please, please, for my sake?… because God says?… because I felt so filthy, crushed, exposed, and wrong. Please?

All our letters ended up in the trash that day. How could I face the “if only” that jumped out at me from every hideous page of our correspondence? In the back of my mind the multitude of voices that called itself church kept telling me I only had to stay, submit, love him … and we would eventually live happily ever after. If not, it would be my fault. Better not to have any evidence, laying around.

He would become a good husband if I could only be a good wife. The relationship was mine to save and God would inevitably make it possible. If not, then I must have failed somewhere … failed to … I don’t know … outdo God?

It took many years to even begin to understand that this wishful deception of a redeeming wife, propagated by the church system, was meant to ensure another “solid marriage” for the statistics. But statistics aren’t universally valid, and they don’t touch the heart of the matter.

A lifestyle of harmful acts, words, and gestures that destroy connection or twist the definition of love will prevent any meaningful relationship or possibility of healing. My wounded soul could not weave the fabric of marriage, alone.

Even if I plaster-coated a skeleton connection on a stick and made it dance,… if God is looking at the heart, the divorced relationship had long been decay-scented and crawling with maggots, demonstrating every cruel mark of evidence toward its passing.

Though far too many in my circle of influence demanded the facade remain intact and fresh-painted, I realized disposing of the remains legally would simply be truth-telling. I chose divorce and was expelled from my church as a result. It was not as painful as I had imagined it would be, far less than the pain of staying.

I am finally free to live.

I call myself Mere Dreamer – Have you been wounded in the name of love as I have been? Join me at Love ≠ Love to explore the sharp and ragged edge of relationships and religion in search of healing.

November 25, 2013 Quoting Quiverfull: Women Don't Belong in the Military at All?
Recent Comments
8 Comments | Leave a Comment
"I hope Julia from Sesame Street, the girl from Loop and other positive portrayals will ..."
Saraquill Create a Better Brain Through Neuroplasticity ..."
"“I’m not yucky, YOU are!”"
Saraquill Doug Wilson Thinks Sexism is a ..."
"Or you can leave the room and do something wholesome ;)"
24CaratHooligan Dave Daubenmire Infected With Sin Cooties ..."
"You're wiser than I am. Still, I figured from how they went on about their ..."
Delta Create a Better Brain Through Neuroplasticity ..."
Browse Our Archives
Follow Us! 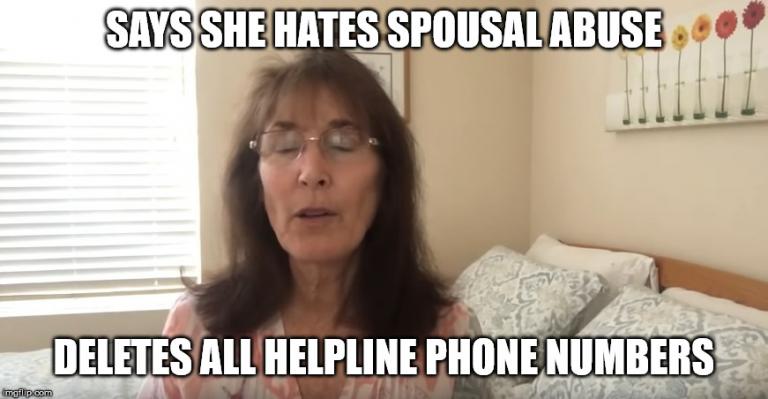 Nonreligious
Lori Alexander, This is Exactly What Marital Rape...
No Longer Quivering