Victims and Abusers and Why Church is Not Safe 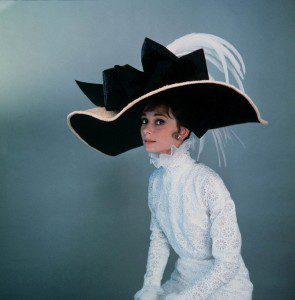 If you follow me on twitter, you might have noticed that I watched My Fair Lady this past weekend, one of my favorite movies from when I was younger, but a movie I haven’t seen in years. And while I enjoyed the nostalgia and singing all the songs again, it was not an entirely pleasant experience and I probably won’t watch it again. Watching Professor Higgins, listening to him sing “Let a Woman in Your Life,” realizing that he never uses Eliza’s name and instead prefers to call her wretch, insect, and baggage, and understanding for the first time that Professor Higgins is an abuser . . . it was rough. The scene when the maids are ripping Eliza’s clothes off her body and you can hear her screaming, begging them to stop, pleading with them not to touch her– I had to bury my face in Handsome’s arm and try not to cry.

Our culture– our movies, our books, our television shows– is filled with abusers. It seems like everywhere we go, we can see an abuser being presented as a regular person. Many times, these abusive characters are written to be sympathetic. These abusers are given story arches that tug at our heartstrings, and all their abuses are ignored. Look at him, the writers ask us, look at how sad he is. Don’t you just want to help him get better so he’ll stop being so mean to people? The problem is, that is exactly the method John* used against me to convince me to stay with him. Don’t go I need you he’d say, so I wouldn’t. I would stay with him, accepting his abuse and believing that I could help him get better.

This attitude that abusers are just regular people who can be jerks sometimes appears in evangelical contexts, too, but with another concept tacked on: because every human being is wicked, perverse, and evil, we are all equally awful people. “There but for the grace of God go I,” they say in pulpits and podiums all over the country, and the people listening to these sermons hear about how “aren’t we all capable of doing things to hurt each other?” and somehow what happens is that everyone is a victim, and everyone is an abuser, and the ability to stop and say no what that person is doing is evil and I need to get away from them disappears.

Recently I heard a lesson based on Psalm 52. PerfectNumber, who blogs at Tell me Why the World is Weird, has been going through the Psalms, re-examining them, and has been showing me a picture of a God who cares about justice and seeks out the poor and oppressed, and seeing the Psalms in that light has been incredibly restorative to me. I can read some of the Psalms now and see a God of Justice who hates it when abusers hurt people, when the poor are ignored or taken advantage of, a God who comforts good people when they’re hurting. That is beautiful, to me, and is one of the reasons why I still think the Bible is valuable even though I have questions about it.

But, in this lesson, a couple things happened. First, Psalm 52 is about Doeg, from I Samuel 21 and 22. Doeg sees David at Nob, and at some point when he thinks that the information is valuable, he tells Saul– and Saul orders to have the priest Ahimelech, who gave David the holy bread, executed. When Saul’s guards refuse to kill the priests, Doeg is willing, and he kills Ahimelech, 85 other priests, and then slaughters every single last person and animal in Nob.

In short, Doeg is evil. He is only interested in using whatever he can for his own advantage, and is perfectly willing to kill priests and slaughter an entire village. That is what Psalm 52 is about– David is describing a man who “boasts of evil” and “plots destruction.” David is talking about an abuser– and that God will bring justice, and that people will “laugh at him.” In my experience, the worst possible thing that could ever happen to a narcissistic abuser is to be laughed at.

However, while the teacher talked a little bit about that, the main focus of the lesson was “how should we respond to problem people? How should we react to troublemakers?”

The abuses, the violence, the narcissism, the obvious self-interest, the willingness to slaughter innocents just to get ahead completely disappeared. Doeg was a “problem person” for David. The teacher spent some time asking us to envision the “problem people” in our lives, emphasizing how we probably have tons of people who cause problems for us because they’re selfish. But, we need to examine ourselves, he said, because we could very easily be someone else’s “problem person,” and we shouldn’t forget that. We could be someone’s Doeg. And, if we have a Doeg, a “problem person,” in our life, we should just trust the lord to take care of him or her.

I wanted to scream.

Because there is so much wrong with that. If we have a Doeg, who is not a problem person but is in fact an abuser, in our life– we should absolutely do something! Being in a relationship with an abuser is incredibly difficult to escape, and when the Church seems to constantly be sending the message that abusers are just problem people and we could be just as bad, too, it makes it that much harder for victims to get out. Victims don’t need more reasons to stay in an abusive relationship– they already have reasons. What they need is for a pastor or teacher to love them, to look them in the eye and say abuse is wrong and if you’re being hurt you don’t deserve it and I’ll do whatever I can to help you get out. Saying “oh, that abuser who is perfectly willing to use violence? He’s just a “problem person” and we’re all “problem people!” is … well, it is evil in its own way.

There’s another way abuse is ignored and downplayed, another twist on the “we’re all equally evil” theme. A while ago I heard a sermon that was about how much Jesus cares about us and how no matter what we’re going through he’s there for us and can help us with whatever’s going on. At the beginning of his sermon, the preacher spent a lot of time describing a bunch of different scenarios we could find ourselves in– except almost every single example was connected to “poor decision making” in some way. The only time he mentioned abuse was so vague and non-specific it could have meant anything from “your friend gossiped about you behind your back” to “your father raped you”– and it was at the end of a very long list on all the ways people are capable of getting themselves into terrible situations. He never, not once, during the entire sermon made a distinction between situations you are responsible for creating and situations where it is happening to you and none of it is your fault. In fact, he did the exact opposite– he conflated poor decision making with abuse not once, but six times.

Abuse is not normal.

Abusers are not normal.

They are not “problem people.” Not everyone is capable of abuse. We’re human, so we’re capable of doing hurtful things, selfish things, but that is different from abuse, and we desperately need to recognize that they are not the same.

Abuse is evil and the church needs to stand up and say something about it. Pastors need to look into the eyes of 20% of the married people in his church who are probably being abused and say the words abuse is wrong and you don’t have to stay there, you don’t have to live with them. Youth leaders need to sit down with their teenagers and say you have the right to determine what happens to your body. Sunday school teachers need to listen to the children in their classroom with the awareness that 1 in 4 girls  and 1 in 6 boys are being sexually assaulted or raped by a relative or family friend.

But, in my experience, churches tend to be silent. Pastors don’t talk about it. Teachers use softened language. No one wants to look this bleak reality in the face. And because we are silent, because we refuse to look victims and survivors in the eye, because we are blind and deaf, because we tell each other that abusers don’t really exist and we’re all equally capable of doing hurtful things we don’t have the right to say “this is wrong, this is evil, and it must stop.” We ignore the victims and survivors in our churches when what we should be doing is shouting from every single rooftop that the church is a safe place, that we will love, and we will help. 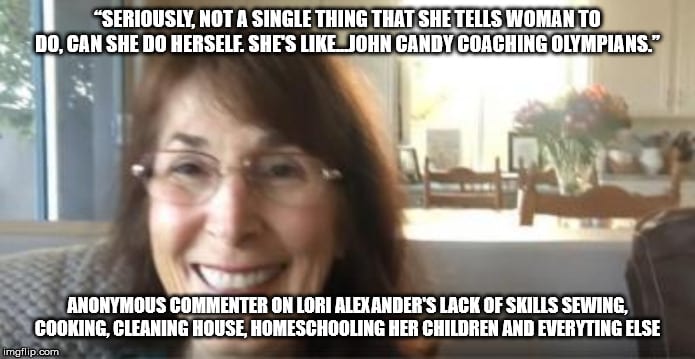 Nonreligious
Lori Alexander - If He Rapes You, Forgive...
No Longer Quivering
TRENDING AT PATHEOS Nonreligious