25 Lies My Church Told Me 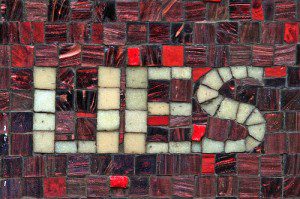 Last month in the week leading up to Christmas I and some of my friends on Twitter started our own hashtag trend, #LiesMyChurchToldMe. For two and a half days people tweeted the bewildering, puzzling, hilarious, and occasionally disturbing things that had been presented to them in church as the “plain teaching of Scripture.”

Tonight I’ve collected twenty-five of the best ones for your enjoyment. Thank you to everyone who participated, and please share your own in the comments! There’s real power and deliverance in naming lies.

“Only Christians are truly, deeply, genuinely happy. Everyone else is missing out.” @PearlBLawrence
“Your worth as a woman is whether you’re married and having children. God doesn’t have other plans for you.” @TerynOBrien

“If a lizard lived to be 900 years old, it might turn into a dinosaur.”

“You can never, ever trust your instincts, because the heart is deceitful and desperately wicked.” @danileekelley

“God redeemed your spirit and made it righteous, but your body is still gross.”

“Hell is at the center of the earth and new damned souls keep crowding out the lava, causing volcanoes. You can hear the screams as you get closer to the center. The Russians did it.” @TentativeCynic & @fieryskulldiary

“Why are you wasting time planning for the future / building anything of value when Jesus is coming soon?” @Sara_Tinous

“*True* Christian history began 500 years ago, with the Reformation.” @afreshmind

“All sin is equal. Telling a white lie is just as bad as murder in God’s eyes.” @danileekelley

“Men have one less rib today because of the one taken from Adam.” @kate_schell

“Reason will mislead you. The only thing you can depend on is the voice of God.”

“Women are more easily deceived and more likely to deceive, because of Eve in the garden. We can’t be trusted to lead.” @danileekelley

“God hates everything about you that isn’t Christ.” @TentativeCynic

“There’s only one prince of peace, and that’s the Antichrist.”

“Girls, your body belongs to your future husband. Guys, don’t hurt bros by messin’ with their future wives.” @merryfaith

“Don’t talk about this publicly. You will only shame the church and God.” @shadeardent

“If you don’t tell people they’re headed for hell, you hate them.” @TentativeCynic

“Even the good things you do are worthless in the sight of a holy God.”

“The eternal, perfect, praiseworthy, immaculate, saving Word of God sent to redeem humanity is not a Person… it’s a book.” @afreshmind

“If a girl’s clothing frames her body, God hates what she is wearing.” @TentativeCynic

“You deserve everything bad that happens to you. You deserve worse. This is grace, this is mercy. Be grateful.” @shadeardent

January 28, 2014
Quoting Quiverfull: Were We Even Watching the Same Program?
Next Post

January 29, 2014 Quoting Quiverfull: Joyful Motherhood?
Recent Comments
11 Comments | Leave a Comment
Browse Our Archives
get the latest from
No Longer Quivering
Sign up for our newsletter
POPULAR AT PATHEOS Nonreligious
1