Love & Death in the House of Prayer (A Rolling Stone Expose) 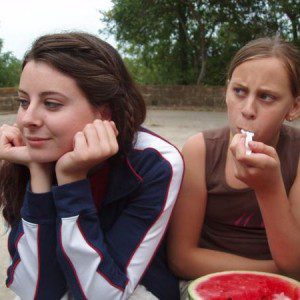 By Boze Herrington cross posted from his blog  The Talking Llama

Hello, everyone. I’m back from a month-long blogging break.

The big story of the day is this investigative piece by Jeff Tietz for Rolling Stone Magazine about the cult I was in and the loss of my best friend. He does an excellent job of explaining how the group formed and how it all went wrong, and paints a beautiful picture of Bethany as she was known to those who truly loved her.

Today I wrote this meditation on her death and the grand illusions that led the two of us to such a dangerous place. Tonight I wanted to share it. Here it is:

It is not often that someone comes along who is a true friend and a good writer.” Bethany was both. Creatively gifted and unceasingly generous, she nourished me and so many other lost souls with her warmth, wisdom, and practicality.We got into a fight shortly after we met because I viewed myself as the hero of some epic fantasy adventure. “Don’t make reality out to be a book, dear fellow,” she warned me, with a professorial air. “Books merely reflect life; they do not determine it. They have only power to show us in fresh ways what reality looks like.”

At the time I was furious, of course. How could she not know that we were both at the center of a great drama?

But over the next five years I saw a whole group of friends get pulled into a whirlpool of self-heroic narcissism. I witnessed at close quarters the devastating consequences of thinking that we can defy the natural laws of age and death. We were going to do what so many Christians before us had failed to do, because we were truly special. Bullets would bounce off of us; the devil would flee at our approach. A new world was about to begin, bathed in the glorious light of a cosmic revolution.

But in the midst of the hell that our leader created around us, amid the endless punishments and end-times training sessions, I remembered the words that Bethany had spoken six years earlier. And I realized that she had been right: I wasn’t a hero. I wasn’t special. I was just me. We, all of us, we had created this elaborate role-playing fantasy to escape the suffocating boredom of suburban life.

I got out. I left the group and learned how to be ordinary. And I truly believe that, given enough time, Bethany would have gotten out, too. I’m so sorry that the opportunity was stolen from her. I wish I could tell her how much her words and spirit have affected me, how I wish I had listened to her years before. All I can do now is to live in honor of her memory and hope that in time others will appreciate the astonishing legacy of her life and come to understand how it was cut so short.

January 24, 2014
Motley Crue and Christian Fundamentalists would get on great
Next Post

January 25, 2014 Quoting Quiverfull: So Abolitionists & Pro Lifers Are Alike?
Recent Comments
0 | Leave a Comment
Browse Our Archives
get the latest from
Nonreligious
Sign up for our newsletter
POPULAR AT PATHEOS Nonreligious
1