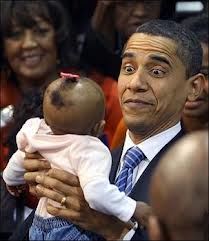 It’s beyond acceptable. It’s normalized to even celebrate it so that is a big difference between my life and a lot of lives that don’t even get to begin today…abortion is such a kind word. It’s the annihilation of life and I am grieved by that. I am also grieved the absolute ignorance of many people who are targeted by abortionists. Black women make up around 11% of the population but a third or more of the abortions of black and Hispanic women combined, around a quarter of the population, more than half the abortions. In major cities in the US, more than half of all pregnancies of black women end in abortion. We’ve been targeted since the onset Before planned parenthood and Margaret Sanger’s negro project, we’ve been targeted by abortionists. And now to see black people flock to a party who’s platform and history has been dead set on their annihilation boggles my mind.

January 30, 2014
When Did Cheating & Gloating Become Christian Virtues?
Next Post

January 31, 2014 Quoting Quiverfull: Protecting Daughters Most of All?
Recent Comments
11 Comments | Leave a Comment
Browse Our Archives
Follow Us!