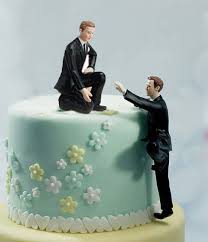 Swanson: They’ll also witness a controversial same-sex wedding, courtesy of the AIDS Healthcare Foundation. According to the Pasadena Star News, a pair of homosexual hairstylists will ‘marry’ along the parade route while riding a wedding cake-shaped float sponsored by the AIDS group.

Swanson: They may be serving lemonade too as part of the event, I hope not but maybe.

Buehner: I wonder what the Rose Bowl parade would do if we had the stoning of a homosexual along the parade just as an expression of free speech and all that.

Swanson: I think that would be rejected by the Rose Bowl parade committee.

Buehner: Well what if the stones were just made like of flowers and flower pedals?

Swanson: I don’t know if they’d allow that or not. Anyway ladies and gentlemen, this is another instance in which the degradation of our society is going mainstream.

January 5, 2014
Mom's Cycle Was on the Family Calender
Next Post