The Dark Side of Faith

The Dark Side of Faith January 26, 2014 Suzanne Titkemeyer 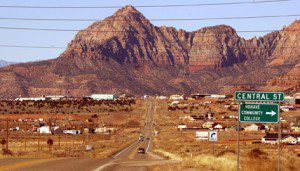 There is a dark side to religious devotion that is too often ignored or denied. As a means of motivating people to be cruel or inhumane—as a means of inciting evil . . . there may be no more potent force than religion.

When the subject of religiously inspired bloodshed comes up, many Americans immediately think of Islamic fundamentalism, which is to be expected in the wake of the September 11 attacks on New York and Washington. But men have been committing heinous acts in the name of God ever since mankind began believing in deities, and extremists exist within all religions . . . Plenty of these religious extremists have been homegrown, corn-fed Americans.”

This quote is from the book Under the Banner of Heaven, by John Krakauer, the true story of two Mormon fundamentalists who murdered their sister-in-law and her baby daughter in cold blood because “God told them to do it.” (To this day, neither man professes remorse for the heinous crime).

A friend on Twitter recommended it to me yesterdaybecause the story bears striking parallels to my own experience in the Kansas City prayer group as recounted in the current issue of Rolling Stone Magazine.

My friend is dead; she may have killed herself, or she may have been murdered. I honestly don’t know. But prior to her death the alleged murderer had strenuously argued that if God tells you to kill someone, you had better do it, because “God’s ways are higher than our ways.” Surely this is not without meaning.

Krakauer is right that there are fanatics in all religions. But some faith traditions breed fanaticism and ignorance more easily than others

As he says later in the book, the most prominent strand in American Christianity for the last two centuries has been fundamentalism with a huge dash of end-times mania (“millenarianism”) mixed in. These are the sort of people who cut themselves off from the rest of the world in self-enclosed communities where one man’s word is the law and conventional notions about family, money, and sexuality are flouted at every turn.

They push the world away because they think they’ll be safer. It’s hard to think of anything they could have done that would be more dangerous.

It’s so frustrating, and when I think about it I start to get furious and overwhelmed. On Facebook a bunch of my friends from Southwestern, our alma mater, are asking what they could have done to help us; the answer is, probably not very much. That’s the nature of magical Christianity. As my friend Ryan said today in an email, “It’s a sad fact that in a lot of Christian circles you can get away with A LOT by saying, ‘God told me to do this.’” We’re trained to ignore resisters; we’re conditioned to follow prophets. This is a recipe for terror.

I wish I had an answer; I wish there was something I could do to make people safer, to ensure that the kind of tragedy that befell Bethany will never happen to anyone else. The trouble is, these disasters will continue to happen as long as people think they or the person above them has a direct line to God; as long as they continue to believe that “what our hearts think is evil, God calls holy”; as long as they buy into the teachings of these dime-store revolutionaries who are building a new world order on an edifice of blood and broken hearts.

January 26, 2014 Quoting Quiverfull: Reasons Not to Send Daughters to College?
Recent Comments
1 Comment | Leave a Comment
Browse Our Archives
get the latest from
Nonreligious
Sign up for our newsletter
POPULAR AT PATHEOS Nonreligious
1