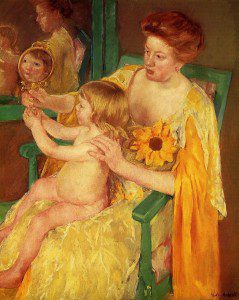 One thing I can count on daily with picking articles and updating No Longer Quivering. It’s that I will view theology and quotations that will make me nearly sick. The one taking my breath away right now is Paige Coleman’s “Pearls Before Swine”. She’s defending Michael and Debi Pearl, saying that they are not responsible for the death of Hana Grace Williams, even if the Williams hadn’t admitted they were using the child discipline advice in the Pearl’s ‘To Train Up a Child’

For those few who’ve yet to encounter TTUAC let me sum up the philosophy of the book in a few easy to understand terms. Your child is willful, sinful and disobedient and it’s your job as a parent to discipline them starting at just a few months old by switching them. You start with a tiny tree branchlet before working up to a plastic quarter inch plumbing pipe. You beat them often to keep them instantly obedient and if they aren’t, you beat them till they are.

I am shuddering writing that last paragraph as I cannot imagine wanting to do such a thing to a toddler, much less a baby. Crying is one of the few ways, the primary way, that a baby has to communicate it’s needs to it’s parents. Having needs and needing to be cared for isn’t selfish or self-centered or sinful, it’s normal. Beating a baby, or whatever sweetly cooed Christian buzzword they are using for beating this week, is something only a person without a heart would do. A child abuser, a damaged soul.

Once my children were born I would have done anything for them, I would have laid down my own life for them had the sacrifice been required. I loved them deeply and the last thing I wanted to do was to harm them in any way, emotionally, physically, spiritually. My love for them was geared towards raising productive members of the human village, with love for others, a desire to do what was right and to help the world. I could not conceive of anyone thinking that physical punishment was a good thing.

No matter the age of the child, beating them is never something you want to do. I’m not talking about a swift swat on the seat of the diapers of a toddler attempting to do something awful, such as run in the street. There are times when a tap on the rear might be called for. But those situations are rare, I hope.

When you discipline a child with physical violence, in anger or in calmness, you are teaching that child that a) violence is the way to settle disagreements, b) it’s perfectly fine to use violence on others (or their future children), c) that the bigger you are (like the parent) then you can use violence or physical force to get your way.

Is that really the lessons you want your child to learn from you?

Not meeting your children’s needs, denying the needs, trying to impose your will on a child you say you love isn’t very loving. There are many different ways you can discipline your child or teach them to self correct behavior that don’t involve violence. Disciple can be as varied as the personalities of the individual children.

Many evangelicals and fundamentalists seem to make a lot of noise about how much they love children and value their futures, but turn around and do things that turn their words into a lie. I’m not claiming that people who aren’t Good Christians ™ don’t make parenting mistakes or that some don’t use physical punishment, but most of them aren’t writing books claiming their way is the only way. The Pearls are making that claim, to the detriment of many children in the church.

Nowhere in the Bible does it say you must beat your children. It’s extra-Biblical, which goes against the scripture that says if anyone adds or subtracts from the word of God then they are damned. Many scholars have said that the “Spare the rod, spoil the child” passage in Proverbs was an addition and/or incorrect interpretation. Disciplining your child doesn’t always mean hitting.

The Pearls books are filled with dangerous, violent and abusive advice. Anyone that thinks the books are about love has no real idea what love actually is.

January 26, 2014
Laughter is the Best Medicine: Have You Found Jesus?
Next Post