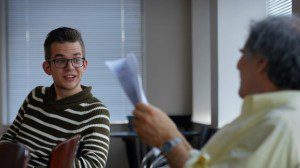 I just signed the petition to pass Virginia’s proposed House Joint Resolution 92, which would request the Virginia Department of Education to conduct a study of Virginia’s religious exemption from compulsory education, with the following comment:

I used to homeschool my children under the religious exemption law (in Nebraska). At the time, I was idealistically motivated to shelter my children from the influence of “secular humanism” which I believed was the “religion” of the public schools. Unfortunately, my own religious convictions did not automatically qualify and equip me with the skills, knowledge, ability to provide my children with adequate academic education and socialization.

The lack of state oversight of my children’s home schooling made it quite easy for me to fall into neglect in that area when health issues consumed my time and energy. When I finally admitted that our “homeschool” was seriously deficient, I enrolled my kids in public school. They all tested several grades below their expected levels and had quite a time catching up. Sadly, the older kids are still struggling as a result. I believe that even minimal oversight such as required annual testing would have forced me to do a better job at home schooling my children.