Quoting Quiverfull: No Independent Women in the Bible? 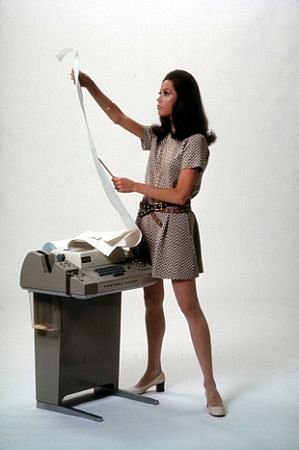 by Vaughn Ohlman from his blog True Love Doesn’t Wait – Where are all the independent, unmarried women?

I have been reading through the Pentateuch (first five books of the Bible), and I just finished Numbers 30. This is the passage that speaks about vows made unto the Lord by the people of God. Making a vow to the Lord is a serious matter, and God takes vows made to Him extremely seriously. Christ Himself even addresses the practice of making vows unto the Lord and castigates the Jews for their foolish vows and even more for their foolish attempts to wriggle out of honoring the vows they had made. [1]

The subtext of Number 30, however, also demonstrates the proper roles and authority of various human relationships. Men are obligated to honor their lawful vows to God (v. 2). But, in cases where the woman is subject to the authority of another, the legitimacy of the vow is contingent upon his approval.

The first of these situations concerns a young woman still in her father’s house (vv. 3-5).

The father has the authority over the woman and may disallow the vow upon hearing it. But, if he holds his peace, the vow is binding.

The second situation where a woman is subject to the authority of another involves a married woman (vv. 6-8).

“And if she had at all an husband, when she vowed, or uttered ought out of her lips, wherewith she bound her soul;” (v. 6)

Similar to the woman subject to the authority of her father, the married woman’s vow is contingent upon the approval of her husband. If, upon hearing it, he disallows the vow, it is not binding upon the woman. But, if he holds his peace upon hearing it, the vow is binding as in other situations. One thing that is interesting to note about the situation of the married woman is that if the husband attempts to disallow the vow after he has already held his peace, the guilt of breaking the vow actually falls on him, not the woman.

Numbers 30 also addresses the situation where a woman who had been married previously is now under her own authority because she is a widow or divorced: [3]

“But every vow of a widow, and of her that is divorced, wherewith they have bound their souls, shall stand against her.” (v.9)

So, this passage addresses widows, divorced women, married women, unmarried women still in their father’s house, and all men.

But, did you notice who is not included in this passage? What woman is not mentioned? Where is the woman who is neither a girl in her father’s house, nor a wife or widow or divorced woman? [4]

Scripture appears to remain completely ignorant of such a woman. And, this disregard of the “modern woman” continues in the New Testament:

February 2, 2014
Quoting Quiverfull: Putting Off Marriage To Get An Education?
Next Post

Nonreligious
Pretend You Love Him and You Will -...
No Longer Quivering

Nonreligious
All Your Hard-Earned Money Belongs to Him?
No Longer Quivering
TRENDING AT PATHEOS Nonreligious