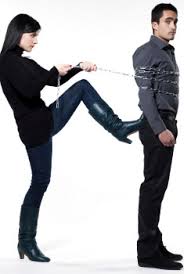 by R.C. Sproul Jr. posted at Ladies Against Feminism and Highlands Ministries – Homeschooling and the Problem of Adam and Eve

LAF Editor’s Note: In spite of the fact that this is written to men, this is a good read for women. Helpful for understanding our tendencies and what to do about it.

Husbands, we have a problem, and it has existed from the fall. In the Garden of Eden, right after Adam and Eve sinned, God pronounced judgment. To Eve He said, among other things, “Your desire will be for your husband, And he will rule over you” (Genesis 3:16, NASB). This curse isn’t that the woman will want to be with her husband, but that she will want to be her husband, to rule her husband. It is a two-edged curse. Because the woman was made to be a help to the man and to follow and submit to him, any success she has in ruling her husband will only lead to misery. But because the woman will now desire to rule him but finds resistance from him, failure will likewise lead to misery. Either way, both lose.

What God doesn’t say, however, is that she will succeed in becoming her husband, in actually ruling. The implication (and history certainly seems to bear this out) is that part of the curse against man is that he will try to abdicate his position to his wife. It is a perversion that the husband, rightly resenting the heavy hand of the wife, thinks that the solution is to back further away. “If that pushy woman keeps insisting that I lead, I’ll show her by refusing to do so.” This has the same two edges: misery in success, for success goes against our created nature; and misery in failure, because failure goes against our fallen nature.