The World I Dream Of

The World I Dream Of February 12, 2014 Suzanne Titkemeyer 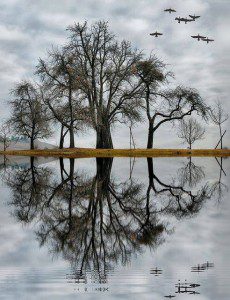 I dream of a world…

– where women are not shamed because of their bodies, where men can take responsibility for their own sins rather than trying to oppress and control others.

– where those who are bravely trying to expose abuse and injustice within an organization are no longer accused of slander and publicly shamed by those who claim to speak on behalf of God.

– where “spiritual leaders” can no longer cloak their hatred and arrogance in biblical language, so that everyone thinks them to be great men of God.
– where victims of spiritual, emotional, and sexual abuse are celebrated for their bravery in coming forward rather than being told that what happened to them was their own fault.

– where no one ever says, “If you speak up about this, you are aiding the enemies of God and dividing Christ’s body in two.”

– where the Bible is not used to try to force abuse victims into confronting their abusers in private, where no one has to protest injustice within limits set by the oppressor, where “that which was spoken in the inner room is proclaimed upon the housetop.”

– where whole communities don’t rush to support the perpetrators of abuse as victims who need to be protected from the people they’ve abused.

– where victims don’t encounter the second betrayal of disbelief and character assassination, where the community doesn’t believe them to be crazy or wicked or deceitful or malicious just because someone standing in a pulpit, carrying a Bible, says they are.

– where the oppressors are not shielded by a coterie of rich and powerful friends who continue to support them just because it would be financially or politically inconvenient to do otherwise.

– where the “tone” of a person’s words is not used as a way of invalidating everything they have to say>, where victims are not more condemned for the way they respond to abuse than their abusers are for abusing them.

– where the prophetic resisters who are grieved, broken and, yes, angry about a culture of systemic violence and oppression are not told to “calm down,” “just quit being angry,” “forgive and move on” when there are wrongs to be righted and thousands of people cry out in the darkness with no one to plead on their behalf.

A world where church is a refuge rather than a manufacturer of nightmares.

A world that is safe.

A world where people are loved and supported.

This is the world that I dream of.

February 12, 2014 Quoting Quiverfull: Skating Pairs?
Recent Comments
1 Comment | Leave a Comment
"This is late, partly bc of my preoccupation and partly bc I'd been slowly reading ..."
Jennifer Serena’s Serenity – Luxury Hotel, Birthing ..."
"Thank you for your commitment to truth and love, Suzanne. Best wishes to you and ..."
Meredith Anne Not a Goodbye, More of a ..."
"For what it's worth, I've learned a lot from you about a Very Creepy movement ..."
Gwen Pryce Not a Goodbye, More of a ..."
"Unfortunately, this kind of satire (if it even is satire) is what gives Christianity the ..."
Emily Is Biblical Gender Roles a Big ..."
Browse Our Archives
get the latest from
Nonreligious
Sign up for our newsletter
POPULAR AT PATHEOS Nonreligious
1