True Love Loves All Families and Even Women Part 1 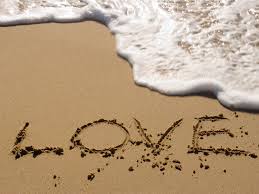 Vaughn Ohlman has posted over at his blog True Love Doesn’t Wait about families and the Bible, that families must glorify God and fathers are to rule over their families, right down many generations. He claims that the church is somehow ‘feminized’ and that men have been stripped of their masculinity.

There’s just one problem, I’m not seeing much scriptural support for his extrapolations of Biblical law.

Let’s look at how Jesus treated women during his time here on planet earth. His actions show that he was the first feminist to many of us.

All of this is in the Bible. Jesus treated the women that He interacted with the same as the men, therefore making Him the first feminist or, at the very least someone that thought the sexes were equal.

Von also talks of how ‘broken’ the family is compared to the Biblical model, calling modern families ‘bastardized families’. Let’s look at those Biblical families.

If you think divorce wasn’t a problem back then just ask yourself why Jesus found it necessary to address divorce.

The fact is that families are like they are back in those days, the same permutations, the same problems even. There’s no such thing as a ‘bastardized family’ unless you are talking about a gang filled with members trying to construct their own family out of people they know or someone like Charlie Manson. Manson called his cult his ‘family’.

Cult or not one of the things all those families share is love for one another. The reality is that families, women and even some controlling men are all acting out of what they perceive love to be. Love isn’t rational. You can’t control it. It doesn’t always make sense. But it makes more sense than extra-Biblical beliefs.

Part 2 will address the feminization of the churches and men being stripped of their masculinity in modern times.

February 22, 2014 Quoting Quiverfull: Evangelising Via Fertility
Recent Comments
52 Comments | Leave a Comment
"This is late, partly bc of my preoccupation and partly bc I'd been slowly reading ..."
Jennifer Serena’s Serenity – Luxury Hotel, Birthing ..."
"Thank you for your commitment to truth and love, Suzanne. Best wishes to you and ..."
Meredith Anne Not a Goodbye, More of a ..."
"For your sake, I am so glad you will no longer be editing and managing ..."
Lana Not a Goodbye, More of a ..."
"For what it's worth, I've learned a lot from you about a Very Creepy movement ..."
Griff Pryce Not a Goodbye, More of a ..."
Browse Our Archives
get the latest from
Nonreligious
Sign up for our newsletter
POPULAR AT PATHEOS Nonreligious
1