Forced To Believe In Jesus or How Not To Do A Salvation Call March 2, 2014 Suzanne Titkemeyer 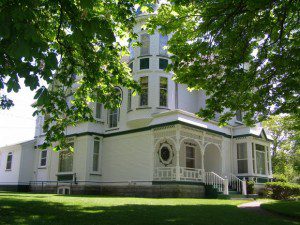 by Suzanne Calulu cross posted from her blog Seeking The Light

There’s an interesting debate going on at Bruce Gerencser’s blog: The Way Forward. Part of me has been enjoying watching Bruce’s readers point out to some roving internet Pastor his incorrect conclusions. Gives me something to do while I’m stuck with my right leg enrobed in a brace, propped up and covered with it’s own winter wonderland of ice in a bag. Stillness is so boring.

One of Bruce’s critics, Pastor Bob, is very busy painting all of the readers and commenters with a paint roller dipped in Sherwin William’s newest shade – “Atheist” and issuing ‘Come To Jesuses’ between saying he’ll ‘Pray For You’

If I had to picture a color I would say it is a sickening shade of puce.

But on the other hand it’s been very triggering to me in my recovery from spiritual abuse to read the words of Pastor Bob and his attempts to condemn or convert. It reminds me in many ways of probably the earliest time someone tried to spiritually abuse me, an incident that made it very hard for me to swallow what was being taught to me at my old church four years later. It’s a miracle I did finally join a fundamentalist-evangelical church after that occasion. It should have been an omen, a standing stone, to the damaging ways of extreme religion.

Back when my daughter Laura was a baby, her father, my darling Jim, was having a big bout of depression. We didn’t know then he’d started developing a tumor on his parathyroid gland and that was driving the beginning of the ‘Stones, Bones, Groans with Psych Overtones’. Hyperparathyroidism will cause kidney stones, weak bones, painful joints and depression if untreated. Jim was untreated for years, misdiagnosed, mistreated and put through the wringer.

At the very beginning of this someone had suggested that Jim see the Christian counselors over at the big non-denominational church in downtown Warrenton, Virginia. It was a huge old Victorian building converted over to a church just a stones throw from the quaint court house downtown.

After a few weeks or a month or so I started to accompany Jim to his therapy sessions. I would sit in the car and read and after the session we’d go to dinner without our kids and then do something together, a weird sort of a date night. It was just about the only night that we both had off together. Jim worked days and I worked nights so that the kids were never with daycare, a babysitter or strangers. On our ‘date night’ my teenaged daughter from my first marriage would take care of her half siblings.

The second or third time I was quietly reading a novel in the car the pastor came out and invited me to wait in the sanctuary. And so I did, coming into the quiet hushed atmosphere of a church laid out in a half circle with offices in the back. I think, if I remember correctly, that the pastor brought me coffee and we talked for a few moments.

As time went on I started being invited to have coffee and talk to the pastor while Jim was in his session. The main pastor of this church was a very loud, larger than life, sort of oddball named Angus. I wish I could remember his last name but I can’t. The church is gone now and only God knows where Angus is.

Angus was verbose, welcoming and also very confrontational and into debate. We talked about everything you could imagine. I was enjoying the verbal jousting, intellect to intellect, not having done anything like it since college. We were both folks of strong opinions that didn’t necessarily agree.

But things took a decidedly strange twist after about six months. One afternoon when I’d settled into a chair with my full coffee cup, all eager for our debatesque discussions Angus slipped around me and locked the door, taking the old fashioned skeleton key out of the lock and putting it in his pocket. I remember being afraid for the first time around this man with his nimbus of crazy red Albert Enstein hair, wondering if he was about to try something, thinking I’d kick him in the nuts and jump out of the window if he tried something.

What followed was a 45 minute hellfire, brimstone, yawning before me mouth of hell ‘Come To Jesus’ spiel. This man, whom I’d started to consider a friend, albeit a squirrelly friend, began to talk and talk and talk, manipulating, cajoling, threatening, charming, promising and pleading with me to accept Jesus and turn to God. I was so shocked that it was hard to mount a defense and I believe I said something about years of Catholic school, my aunt dragging me to Mass every Saturday evening and my father dragging me to the Episcopal church every Sunday morning was plenty enough religion to last me a lifetime.

This went on for what seemed to me to be an eternity and it finally dawned on me that the only way the door would unlock and I would escape this insane asshole was to recite the sinners prayer. Gagging because I was being forced, like a recalcitrant mule with a twitch tightening on its muzzle, I said the sinners prayer. I remember feeling relieve that my ordeal was just about over when Angus quickly strode to his desk and dialed a phone number before shoving the telephone receiver at me and barking out, “Tell my wife that you’ve made the decision to come to the Lord. It’s not real until you confess it to someone else.”

By this time I was bawling so hard I couldn’t speak, that ugly crying that turns your voice into a gasping moan and your face into a fright mask. I could barely whisper out what Angus wanted me to say, but I did get a few words out. After I did Angus congratulated me on my becoming a baby Christian and unlocked the door just in time for me to join Jim.

I didn’t say much about what happened to Jim. Part of it was because I couldn’t stop crying. I cried for a week and was sad for months and couldn’t formula a word of why. Of course Angus had brayed out to Jim when I joined him that I’d ‘come to Jesus’ and I’d wanted the floor to open up and swallow me. Instead I swallowed my feelings and the abuse.

I cry now when I think about it, think about what a stupid, naive, gullible young woman I’d been. Recounting what happened makes me feel sick to my stomach. I should have gotten up and kicked the damn door in and walked out. Instead I sat there and took it.

Months before I’d had a spiritual experience alone in my bedroom but what happened with Angus quashed any stirrings of spirituality inside of me for a very long time.

Sometime in the next year Angus got in trouble with the church for sexual relations with a female at church he was not married to. Sometime after that since the church had lost their charismatic guru and people drifted away the church folded.

What he did to me was wrong, but even more wrong conservative Christians still try to force people to believe in God with spiritually abusive tactics. Pastor Bob hasn’t locked anyone in a room demanding salvation, but he’s done everything short of it on the internet.