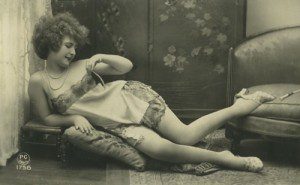 Jim Bob Duggar, the well-known television patriarch and active Republican, has rescinded his endorsement of an attorney general candidate in Arkansas after it was revealed that the candidate once provided legal representation for a risqué lingerie shop.

David Sterling, a lawyer in North Little Rock, announced earlier this month that he would be running for state attorney general. Casting himself as an “unapologetic conservative,” he quickly picked up the backing of prominent Republican officials and groups in the state. Among them were newly elected state Sen. John Cooper, the Garland County Tea Party and Duggar.

As a lawyer, Sterling represented the company Cupid Lingerie in a suit against former managers, which accused them of violating a non-compete clause in their contracts when they established their own lingerie boutique. After The Huffington Post brought the 2009 case to the attention of Duggar’s spokesman, Sylvester Smith, he sent back the following statement under Duggar’s name:

Due to new revelations and recent developments the Duggar family has decided to withdraw its endorsement of David Sterling in the 2014 race for Arkansas Attorney General. The family wishes both candidates well, but will not be making any endorsement at this time. We will have no further comment on this matter.

The Duggar family, stars of the TLC show 19 Kids & Counting, has gotten involved in politics before, endorsing cultural conservatives like former Arkansas Gov. Mike Huckabee (R) and former Sen. Rick Santorum (R-Pa.). Along the way, it has preached the need for more morality in governance and public life. Four of the Duggar daughters recently released a book called “Growing Up Duggar,” in which they argue that pornography gives men a “distorted view of women that leads them down the path of immorality and guilt.”

March 29, 2014 Quoting Quiverfull: Book Burning, Godwin's Law?
Recent Comments
12 Comments | Leave a Comment
Browse Our Archives
get the latest from
Nonreligious
Sign up for our newsletter
POPULAR AT PATHEOS Nonreligious
1