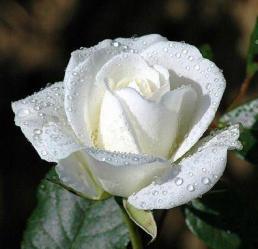 I’ve seen a few documentaries about “Purity Balls” (which, every time I say that, my partner sniggers and I glare at him), and some are better than others. ABC’s Nightline Prime 20-minute documentary of the Wilson’s “14th Annual Father-Daughter Purity Ball” is not one of the better ones. The interviewer seemed to be either amused or baffled, and the only questions featured during the program seem to indicate a lack of awareness of what the underlying culture is– although she seemed to be catching on toward the end.

Because the program is so brief, it’s difficult to get a real grasp on what was actually said– the editing focused on a few ideas or phrases, so I’m left feeling that I don’t really understand Caroline Johnson or her father, Ron. However, I am familiar with the Wilsons, since they’ve shown up in a lot of the documentaries about Purity Balls, and the family, at this point, is obviously comfortable with the cameras and the questions posed by the interviewer.

The program drew attention to a few ideas presented by the Johnsons and the Wilsons– gender hierarchy, male strength and covering, and that women exist to be beautiful. The phrases they tended to concentrate on, however, were the ones designed to repulse the viewer. I don’t know how many times Johnson said something along the lines of “I’m my daughter’s boyfriend,” but it was more than just uncomfortable, and our discomfort was something that Johnson obviously found hilarious.

It was clear that both Johnson and Wilson are more than aware that what they are doing and saying is downright odd and creepy to most people in America, but it is also clear that they are proud of that. Considering that evangelical culture tends to over-emphasize concepts like the culture war, that Christianity is somehow “counter-cultural,” and that Christians are “Jesus Freaks,” this is unsurprising.

One of the interesting things to me about this documentary, however, was that it showed how these families view adolescence. When the interviewer asked Johnson about how the teenage years are supposed to be about separating from parents (a concept known as individuation), Johnson completely dismissed the entire question and its premise.

In this culture, men are encouraged to become independent adults, although only along gendered lines; boys can grow into strong, protective, warrior-like men. However, women are not given the same opportunities. They are to remain under the protective covering of their fathers– and later, their husbands. This concept appears in the language of almost every girl or woman interviewed in this program. Women are to be “on the arm of our men,” to be supporters, helpers, completers. Women are not to have their own independent identities separate from other people– our identities are centered on men.

This also shows up in how Johnson describes his role in his relationship with his daughter when it comes to her purity. He frames it in terms of “The Princess and the Frog,” and states that fathers are good at separating princes and frogs (which ignores that the frog is the prince in the original story, but ok). This is an idea that I am more than familiar with.

When I went away to graduate school, my parents were living in the mid-west and I moved to Virginia. One of the concerns I had about moving away from my family had to do with my dating life– how in the world would I be able to date someone, since I was nowhere near my parents and it would be next to impossible to get their approval? Over the two years I was away, however, I slowly came to understand that I didn’t actually need my parents to approve of the men I dated. I did date some “frogs,” that’s for sure, but it also wasn’t the horrific, disastrous train-wreck I’d always been taught it would be.

So by the time I met Handsome, I felt independent and individualized enough to start dating him without consulting my parents. I called and told my mother, of course, and she was happy and excited for me. However, when it became clear that our relationship was serious and I was falling in love with him, I told my father, and his reaction was . . . well, it was based on this idea that fathers are the ones who separate the princes from the frogs. During that conversation he told me that I was not capable of making this decision on my own.

To be clear: my father, like myself, still has a few left-over ideas from fundamentalism that crops up in interesting and usually surprising ways, and we don’t always know how they’re going to show up, or what ideas are simmering under the surface before something happens to expose them. This was one of those times.

But, it speaks to just how deeply women are viewed as incapable in this culture. Men are strong; women are weak. Men are the decision-makers; women are followers. Men are active; women are passive. Without our fathers and the “covering” they offer, we would inevitably fall away, be ripped apart by American culture, and make disastrous decisions that ruin our lives. The message is: women need men just to survive.

That idea is also reflected in how everyone in this program talks about men– the young men are taught that they need to be the “noble protectors” of women, that they are the “high priests” of their homes, that they are warriors and kings (no, really. The male version of the purity ring has four symbols on it, one of them a crown to symbolize how “men are the king”).

How men and women are viewed in this culture is extremely narrow and limited. Men and women have the God-ordained, biblically-based roles they are supposed to play, and stepping outside of those roles, they are taught, will result in unmitigated disaster. As a result, men and women who exist outside of these boundaries are severely punished by their culture– the harsh gender binary is one of the reasons why Christians can be intensely homophobic.

This culture damages both men and women, but it does so in different ways. Men are to shoulder the impossible responsibility of being the leader, protector, provider, and king of another human being– a human being they are supposedly quite capable of ruining in a single moment. Women, on the other hand, are not allowed to become a complete, independent, actualized person. We are trapped inside our supposed fragility and constantly controlled by our fear.

When men and women are constrained by these roles, these essentialist definitions of who we are allowed to be, nobody wins.

March 25, 2014
Quoting Quiverfull: Pay For Your Own Birth Control?
Next Post