PCC Has Released a Statement 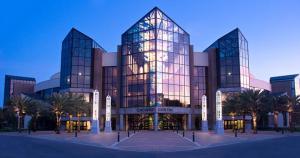 When I was writing my post “‘God is Done with You’: Pensacola Christian College and Sexual Violence“, I tried contacting four different departments at the school. All refused to speak with me, citing policy, and referred me to Amy Glenn, the Chief Communications Officer. It took me several days to reach her (she was out sick and very busy when she got back), but when I did eventually get in touch with her I asked her to confirm some very basic facts about the administration and their policies. When she got back with me, she stated that she could not answer most of my questions and that PCC did not comment on “blog-type articles.”

However, since the post has received almost 80,000 shares and climbing, I guess they decided to re-think that decision. They have released a statement:

Pensacola Christian College is being harassed and victimized through recent online accounts. We have no way of verifying the unverifiable stories, but an exhaustive review of our records has revealed nothing to support these claims. Not only were such incidents never reported, but we categorically deny that any student has ever been expelled from PCC for being a victim of rape or any other crime.

The internet provides an open forum that allows unfounded assertions to be spread without proof. There seems to be no defense against such attacks getting started when someone has an agenda.

While we cannot speak for how well other institutions respond to victims of crime, PCC has upheld the law, will continue to uphold the law, reports criminal acts when we are made knowledgeable of them, and fully cooperates with any investigation. Further, the college, its administration, and counseling staff stand ready to support and assist victims.

Just to clarify a few points: first, the post made it clear that the reasons PCC had for expelling Beth, David, and Whitney were fornication, deceit, and impurity, respectively.

Also, as part of my research, I know that the last paragraph is absolutely false. One of the respondants was a PCC staffer who was expressly forbidden– by three people in the administration — from reporting a child sexual assault to the police and informed the staffer that they would not make a report. This was confirmed by other staffers. While this was not technically illegal at the time (it was 2011, before the 2012 change that makes every Florida citizen a mandatory reporter), it still flies in the face of what they claim here.

March 13, 2014
Quoting Quiverfull: Lessons Learned From The Duggars?
Next Post

March 14, 2014 By Its Cover: The Duggar Book Signing
Recent Comments
4 Comments | Leave a Comment
Browse Our Archives
get the latest from
Nonreligious
Sign up for our newsletter
POPULAR AT PATHEOS Nonreligious
1