Looks like some of the media outlets are starting to put together the fact that ’19 Kids & Counting’ Jim Bob and Michelle Duggar have been serious supporters of Bill Gothard and his IBLP and ATI programs and, to a lesser extent, Doug Phillips and Vision Forum.

Now it looks like the Duggars are busy distancing themselves from Gothard and Phillips. Links to Gothard and Vision Forum are now gone from the official Duggar family websites. These scandals could not have broken at a worse time for the Duggars as they have a new television season and the four eldest Duggar daughters are on the brink of publishing their first book, “Growing Up Duggar”.

Lest the Duggars manage to start fooling some of their viewing public into thinking they were never truly affiliated with either ministry we’re going to track and update media mentions of the links between these moral failures they once looked up to and themselves with snippets posted of each article. No whitewashing, denying or ‘forgetting’. The weeks to come are likely going to be filled with Duggars furiously back pedaling.

And arguably the world’s biggest advocates for the conservative Quiverfull and homeschooling movements — the reality TV family the Duggars — are devotees of Gothard’s Advanced Training Institute seminars. Until recently, the Duggars’ official website called Gothard’s Embassy Institute (which he also founded) their “#1 recommended resource”for families (that page now displays as blank).

The man involved in the sex scandal who ran an organization that the Duggar family belonged to has resigned from his job after he was accused of sexually harassing more than 35 young women and teenagers.

Bill Gothard founded the Institutes for Basic Life Principles — a ministry which Jim Bob Duggar, wife Michelle, and their children had gathered on several occasions, sent a letter to families in the group telling them that he was departing, according to Religion News Service.

ATI is a homeschooling program in which Jinger Duggar quoted the organization’s theme song in the Duggar’s book The Duggars: 20 and Counting!

Gothard’s ministry had been a popular gathering spot for thousands of Christian families, including the Duggar family from TLC’s “19 Kids and Counting.” Gothard’s Advanced Training Institute conferences were also popular among families within the Quiverfull movement, who eschew birth control and promote big families.

Stargasm – Are the Duggars in a Cult? IBLP’s Bill Gothard Accused of Sexually Abusing 35 Women 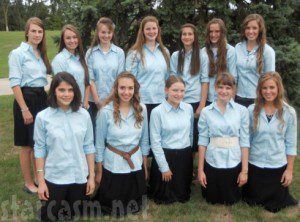 Despite the scandal, 19 Kids and Counting‘s Duggar family remains heavily involved with both organizations: Josh Duggar’s brother-in-law is the ATI administrative director. Jim Bob Duggar, Michelle Duggar and a handful of their children have given Embassy Institute lectures.

In the newly released memoir Growing Up Duggar, the four eldest daughters even promoted ATI and IBLP programs. They specifically spoke about the Journey to the Heart retreat — which begins at the IBLP headquarters in Illinois and takes the young women to the Northwoods Conference Center in Michigan where Recovering Grace says “most of the sexual misconduct occurred.” The Duggar girls now serve as retreat leaders.

According to sources, Josiah Duggar is currently at International ALERT Academy (IAA), which is a bootcamp-type training camp designed by Gothard. 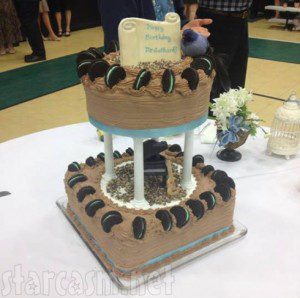 United Bates of America‘s Bates family is even more involved as patriarch Gil Bates is on the IBLP Board of Directors. The Bates family also took time to celebrate Gothard’s birthday during daughter Erin Bates’ wedding last year.

Test Bill Gothard’s ATI or Doug Phillips Vision Forum or even the Duggars against The Cult Test.

Gothard’s Institute in Basic Life Principles was once a popular gathering spot for thousands of Christian families, including the Duggar family from TLC’s “19 Kids and Counting.” Gothard’s Advanced Training Institute conferences were also popular among devotees of the Quiverfull movement, who promote large families and eschew birth control.

(Interestingly enough the Washington Post, Charisma News and Huffington Post have posted the exact same article. Who is the originator?) – Gothard’s ministry had been a popular gathering spot for thousands of Christian families, including the Duggar family from TLC’s “19 Kids and Counting.” Gothard’s Advanced Training Institute conferences were also popular among families within the Quiverfull movement, who eschew birth control and promote big families. 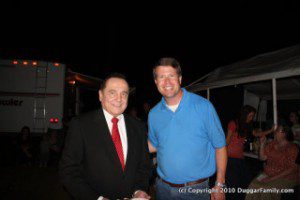 Jim Bob and Michelle Duggar are featured on the IBLP website, which credits one of the seminars as providing “direction for them as a couple:”

Jim Bob attended a Basic Seminar in 1980 and Michelle in 1985. They were married soon after and found the principles of the Basic Seminar gave practical direction for them as a couple. Together they began a family that is now known around the world through the TV series 19 Kids and Counting. They have already had an amazing two hundred episodes with an average viewing audience of 1.5 million. Being in the spotlight year after year has forced them to discover the secret to making God the head of their home. They will share practical ways about how to do this.

Gothard founded the Advanced Training Institute in 1984, which serves as a homeschooling training program based around the Sermon on the Mount. The Duggars are followers of Gothard’s ATI teachings; photos of the family at ATI seminars can be found on the family website here.

The allegations come at a time when IBLP is experiencing heavy financial losses as well:

March 8, 2014
Quoting Quiverfull: Don't Think About Sex EVER If You Are Unmarried?
Next Post

March 9, 2014 Quoting Quiverfull: Always Being Open?
Recent Comments
23 Comments | Leave a Comment
Browse Our Archives
get the latest from
Nonreligious
Sign up for our newsletter
POPULAR AT PATHEOS Nonreligious
1