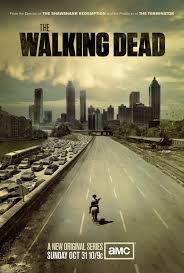 by Pat Robertson from The 700 Club – The Raw Story: Demons Get Permission To Wreck Your Car From X-rated Movies

Televangelist Pat Robertson warned a viewer on Tuesday that watching horror entertainment shows like The Walking Dead or pornography could allow “demons” to wreck her car.

“I was watching a horror movie the other day of the recommendation of others,” a viewer explained in a letter to The 700 Club. “It was rather strange and awfully macabre. And then this past Sunday, I got into an accident leaving church.”

“Did watching that movie cause a curse — or the Lord’s protection to be lifted from me?” the viewer wondered. “Did I grieve the Holy Spirit by watching this series?”

The TV preacher pointed out that he doubted demons had caused the car crash in this case, but it was possible.

“A few years ago I heard about a teenage girl who was demon possessed, and people began to deal with the demon and try to cast it out,” he recalled. “And you know what the demon said? ‘I had permission.’ And the permission was granted when this child had gone to some double-X-rated movie, or whatever it was, and had allowed this thing to come into her.”

“I know this sounds kind of otherworldly, but that’s the way it is,” the televangelist insisted. “So, could it have happened to you? Yes. I don’t think it did, but could have.”

Robertson said that the demon could be “living around” the viewer, and that the solution was to command it to leave.

“I know that’s weird, but these things can happen,” he advised. “Some of these producers, who knows what things are into them. But you said macabre. It’s a good word for it.”

“I don’t think you’ve been demon possessed, I don’t think anything has happened to you. But nevertheless, declare victory and plead the blood of Jesus Christ over your life.”