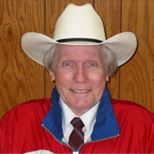 According to the website Towleroad the former head of Westboro Baptist Church Fred Phelps Sr. has passed on Wednesday evening. Earlier in the week the media had been reporting that Mr. Phelps was was expected to die at any moment.

Our sincerest condolences to his son Nathan Phelps, long-time NLQ friend. Losing a parent, even an estranged parent, is emotionally painful. Please be kind to yourself and remember the good memories of your father.

Today, Mr. Phelps may have learned that God, in fact, hates no one. Vicious and hate-filled as he was, may his soul find the kind of peace through death that was so plainly elusive during his life.

Westboro Baptist released a statement upon the death:

The world-wide media has been has been in a frenzy during the last few days, gleefully anticipating the death of Fred Waldron Phelps Sr.  It has been an unprecedented, hypocritical, vitriolic explosion of words…

…So – the death of Fred Phelps’ body, a man who preached a plain faithful doctrine to an ever darkening world, is nothing but a vain, empty, hypocritical hope for you.

It’s like every journalist in the world simultaneously set aside what little journalistic integrity they have, so that they could wait breathlessly for a rumor to publish:  in-fighting, succession plans, and power struggles, oh my!  How shameful!  You’re like a bunch of little girls on the playground waiting for some gossip!

Listen carefully; there are no power struggles in the Westboro Baptist Church, and there is no human intercessor – we serve no man, and no hierarchy, only the Lord Jesus Christ.  No red shoes, no goofy hat, and no white smoke for us; thank you very much.

No board, no separate decision making body, just humble servants of God – qualified according to the scriptures, and chosen by the church – privileged to feed the sheep for a time…

…God forbid, if every little soul at the Westboro Baptist Church were to die at this instant, or to turn from serving the true and living God, it would not change one thing about the judgments of God that await this deeply corrupted nation and world.  That is the pinnacle of your hopes, and by far the most vain.  Ye do err, not knowing the scriptures, or the power of God.

March 19, 2014
The Logical Fallacy of "Equal But Subordinate"
Next Post