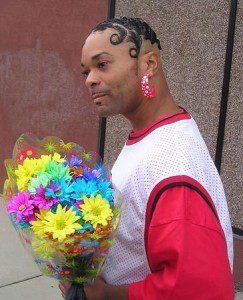 Recent studies on the effects of behavior upon the brain have proven shocking. You may remember the media delight about fifteen years ago when it was discovered that the brains of homosexual men were different from straight men. It was immediately hailed as proof of the long-advanced conjecture that men who prefer same-sex eroticism are in fact born that way. What better justification for one’s “sexual orientation” than scientific proof that it is totally natural? The defense, “God created me this way” suddenly had irrefutable scientific backing.

However with further study, it was quietly revealed that the difference in the brains of homosexual men was not a condition of nature, but rather change occurring over time with the practice of same-sex eroticism. Rather than justifying homosexual orientation, science had uncovered the meaning of a passage in the Bible that had long baffled expositors.

“And likewise also the men, leaving the natural use of the woman, burned in their lust one toward another; men with men working that which is unseemly, and receiving in themselves that recompence of their error which was meet…God gave them over to a reprobate mind…” (Romans 1:27-28).

Addressing same-sex sin, the passage says that homosexual men and women incur a change within themselves that constitutes a “recompence” for their error, and that the recompense was “meet.” That is, the internal reimbursement was suitable to the depraved act—resulting in “reprobate minds” (brains). Now we know why it is so difficult for homosexual men and women to come back from the perversion of their sexual preference; their actions have changed their brains, rendering them more compatible to their choices. In effect, rather than their sin being a product of their natures, their natures have become a product of their sin. Read the passage and note the degenerative change sin brings.

21 Because that, when they knew God, they glorified him not as God, neither were thankful; but became vain in their imaginations, and their foolish heart was darkened.

22 Professing themselves to be wise, they became fools,

23 And changed the glory of the uncorruptible God into an image made like to corruptible man, and to birds, and fourfooted beasts, and creeping things.

24 Wherefore God also gave them up to uncleanness through the lusts of their own hearts, to dishonour their own bodies between themselves:

25 Who changed the truth of God into a lie, and worshipped and served the creature more than the Creator, who is blessed for ever. Amen.

26 For this cause God gave them up unto vile affections: for even their women did change the natural use into that which is against nature:

27 And likewise also the men, leaving the natural use of the woman, burned in their lust one toward another; men with men working that which is unseemly, and receiving in themselves that recompence of their error which was meet.

28 And even as they did not like to retain God in their knowledge, God gave them over to a reprobate mind, to do those things which are not convenient;

They began with vain imaginations, resulting in a darkened heart. This led to becoming a fool as they rejected the glory of God in preference for idolatry. God responded by releasing the hand that pulled away as they dishonored their bodies with their homosexual sin. They came to worship man rather than God, leaving God no choice but to give them up to their vile affections.

They now burned in their lust, men with men, and women with women. It resulted in a change in their minds, locking them into their sin. It left God no choice but to give them up to their “reprobate minds.” The mind is a function of the brain, and they had now thoroughly recreated their souls into an image that was nothing like what God created. They live in a gigantic dissolution of their own making, waiting the impending judgment that will surely come when they stand before their Creator and give account for their foolish choices.

The final verse in this chapter says, “Who knowing the judgment of God, that they which commit such things are worthy of death, not only do the same, but have pleasure in them that do them” (Romans 1:32). The passage pronounces the same sentence of death upon those who are not homosexual but condone the lifestyle.

It is not too late to repent if one wants to change. I have known diehard homosexuals and lesbians that have come to Jesus Christ and were changed. Just as the brain was changed by choices the individual made, by choosing differently the brain will in time change back to become that of a heterosexual person, as God intended.

“Know ye not that the unrighteous shall not inherit the kingdom of God? Be not deceived: neither fornicators, nor idolaters, nor adulterers, nor effeminate, nor abusers of themselves with mankind, And such were some of you: but ye are washed, but ye are sanctified, but ye are justified in the name of the Lord Jesus, and by the Spirit of our God” (1 Corinthians 6:9, 11).

The church at Corinth contained beloved members who had been effeminate—abusers of themselves with mankind—homosexuals. But they were washed from their sins, sanctified to be precious to God, and justified from all their sins in the name of the Lord Jesus Christ who died to pay the full price of their sin.

It is not too late if you don’t want it to be too late. “Believe on the Lord Jesus Christ and thou shalt be saved” (Acts 16:31). When you come to Christ, you will be welcomed into the fellowship of believers and your sin will be remembered no more.

If you choose not to repent, but rather continue in your lifestyle, you will be treated with respect and dignity as a citizen of the human race and a fellow American in the land of the free; but our hearts will sadden, knowing that you are missing the best life has to offer and are destined for the worst eternity possible.