Quoting Quiverfull: How Godly Is Your Name?

Quoting Quiverfull: How Godly Is Your Name? March 4, 2014 Suzanne Titkemeyer 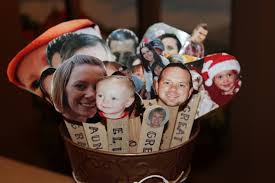 From The Christian Post: Advice on Godly names from Jim Bob Duggar and Alan Robertson (Duck Dynasty) – How Godly Is Your Name

“The Bible and God give a lot of significance to names, especially in the Old Testament days,” Alan Robertson told The Christian Post in a statement on Friday. Robertson explained that “names could signify life change – like Jacob (Deceiver) to Israel (Struggles with God) and also described attitudes and character.”

Jim Bob Duggar, patriarch of TLC’s reality TV show “19 Kids and Counting,” agreed with the importance of names, and emphasized of other significant factors in raising children as well. “I think it is important for parents to prayerfully consider what they name their child, and for that name to express what they want their child to become,” Duggar told CP in an interview on Friday.

Both Jim Bob Duggar and Alan Robertson mentioned “Jezebel” as a poor name choice for a child. “If somebody named their child Jezebel, they might have a tendency to feel rejection like they’re an outcast,” Duggar told CP. He suggested that these feelings would follow from the fact that Jezebel is “the name of somebody who had a lot of issues in the Bible.”

Duggar then contrasted Jezebel with the name Joseph.

“If their name is Joseph, I think the vision is cast for them to resist temptations and live for God and do great things,” the “19 Kids and Counting” star said.

Robertson also emphasized that the choices a person makes in life and their character is more important than their name. Nevertheless, he added, “that being said, I didn’t name either of my daughters Jezebel!”

March 5, 2014 Not Quoting Quiverfull: Where Does Parenting Responsibility End?
Recent Comments
47 Comments | Leave a Comment
"This is late, partly bc of my preoccupation and partly bc I'd been slowly reading ..."
Jennifer Serena’s Serenity – Luxury Hotel, Birthing ..."
"Thank you for your commitment to truth and love, Suzanne. Best wishes to you and ..."
Meredith Anne Not a Goodbye, More of a ..."
"For what it's worth, I've learned a lot from you about a Very Creepy movement ..."
Gwen Pryce Not a Goodbye, More of a ..."
"Unfortunately, this kind of satire (if it even is satire) is what gives Christianity the ..."
Emily Is Biblical Gender Roles a Big ..."
Browse Our Archives
get the latest from
Nonreligious
Sign up for our newsletter
POPULAR AT PATHEOS Nonreligious
1