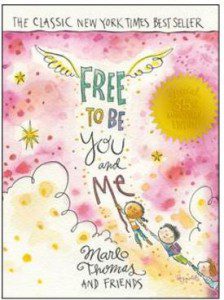 Nineteen seventy-four was a grim year in the history of the Republic. An embargo had quadrupled the price of oil and touched off an energy crisis so severe that the state of Oregon banned Christmas lights as wasting energy. The president of the United States seemed to have taken part in a criminal conspiracy that would soon lead to his resignation.

And on television, things were really dire: that year saw the debut of “Free to Be . . . You and Me.”

“Free to Be . . . You and Me” was a piece of Ms. Foundation-produced feminist propaganda disguised as entertainment for children that first appeared on ABC 40 years ago this week, on March 11, 1974. It drew big ratings, leading to platinum status for an associated album, a bestselling book and many repeat airings of the show.

Billionaire “Lean In” author Sheryl Sandberg praised “Free to Be” and says she plays the album for her children. Its star and developer, Marlo Thomas (of the sitcom “That Girl”), accurately said last year in a blog post that the show “became a coined phrase — a cultural touchstone — that spoke of the times in which we lived.”

And what times they were! Times of hokey “message” entertainment, singing jocks, humorless cartoons and revolting sweaters.

March 11, 2014 Duggar Girls Book Tour: What Question Would You Ask?
Recent Comments
16 Comments | Leave a Comment
Browse Our Archives
get the latest from
Nonreligious
Sign up for our newsletter
POPULAR AT PATHEOS Nonreligious
1