The Night We Were Persecuted

The Night We Were Persecuted March 1, 2014 Suzanne Titkemeyer 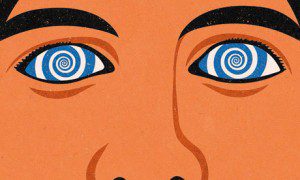 The body of Christ on this campus is under assault tonight,” said Tyler Deaton. “And I’ve called on God to summon a legion of angels, but I also know that the most effective prayers come from God’s people in unity.”

November 2008. It was almost the end of my last semester at Southwestern. Within a few weeks Tyler and Bethany and I would be graduating.

We were three of the key leaders in the prayer group that God had started on campus the year before, and right now the big question on each of our minds was whether this group would survive once we had left. No one doubted the zeal and sincerity of the twenty-five students who met every night in the Chapel for prayer and worship; but as the semester sped towards its ghastly conclusion, our ministry was under attack like never before.

In the first place, Tyler was being slandered by the other Christians at Southwestern, many of whom were our friends. On the night of Homecoming two of the official Christian organizations on campus had performed a funny skit poking fun at our image as repressed home-schoolers. Tyler could feel the intensity of God’s anger. He summoned us all into the Chapel and told us we needed to repent for mocking His holy Word. This infuriated our fellow believers, who accused Tyler of being a cult leader.

Tyler and the other leaders had a series of meetings seeking reconciliation. But just when this fire was threatening to die down, another student confronted us. He read to us a list of the warning signs of a dangerous cult

– an exclusive, elitist mentality, a sense of being chosen and special
– a leader who exercises absolute control over his followers
– the use of mind-altering techniques like meditation and chanting
– an environment that encourages members to cut themselves off from outside friends and family members
– anything the leader does can be justified no matter how cruel or immoral
. . . and then, surprise! revealed that by any objective measure, we were all cult members.

The accusations had a sensational effect on the group. The younger members wanted to know how we were to respond when people attacked us.

So Tyler did what he had done so many times before, and called a meeting. On a Saturday night in late November, as the last vestige of daylight was fading, we all gathered in his room.

Tyler stood in front of the piano, praying quietly. There was a serene and professorial air about him. I opened my laptop and prepared to begin typing, feeling tense and nervous. I had just had an argument with Tyler in which he had said I was being controlled by demons. Now I felt ashamed of the way I had acted and asked God to keep me from being a danger to everyone else.

“I want to address an accusation that’s being leveled by students on this campus,” Tyler said at last: “the accusation that our group is secretive, destructive, manipulative, and essentially false.”

Bethany shook her head. “I’ve been getting really mad about this,” she said angrily. “We’re not a cult!”

“IHOP is also looked at as a cult,” said Tyler. “But it’s not. And I can’t explain to you the number of times in the last year I’ve been called a cult leader.

“In order for this group to begin, it initially had to be more exclusive in order to survive. And people didn’t understand. But the reason they’re freaking out is because (a) the idea of leadership is not widely understood, and (b) a number of people in this room think they can hear God.”

In the first place, he said, people in America don’t understand that leaders exist. The concept of an apostle, someone who goes out and creates movements for Jesus, is not a recognized job description. But the reality is, the kingdom of heaven is not a democracy. “Those in the body walk in authority because leaders lead. Those with apostolic authority carry the anointing to move masses of people into the presence of God for the purpose of bringing His will to completion.”

“In the Bible, kings did not just become kings,” he said, “and they weren’t elected. They were chosen by the prophet of the Lord.

“In the New Testament, apostles have taken the place of prophets, and over and over again they lay hands on people to give them certain authority. My sophomore year at Southwestern, when I was a broken piece of garbage, God said to me, ‘Tyler, I give you Southwestern.’ I am an apostle of God, and I am meant to walk in more authority than I walk in.”

In the second place, he said, immature Christians simply aren’t going to understand the concept of a whole group of people who can hear God’s voice

“The idea of a number of people, all gathered in the same place, who have a direct line to God, is inherently freaky but also totally biblical. And just in the last week I’ve faced so much accusation just over this one issue. Someone said the people in this group aren’t really following God, but are following human leaders. They said, ‘No one in this group would EVER disagree with you!’”

“Do they KNOW me?!” shouted Bethany.

“But I think it’s the unity of everyone in the group that freaks people out,” said Tyler. “Someone said to me, ‘YOU’RE ALL SAYING THE SAME THINGS!!’”

The entire room erupted in laughter.

“‘And the apostles had all things in common,’” quoted Amanda.

Tyler nodded. “It took so much resolve to keep from quoting that scripture. But I had just been accused of manipulating Scripture. And that brings me to my next point: there is so much peace in letting them say things about you that are not true, and not responding.”

“Jesus did that!” said Bill* with excitement.

“It’s the difference between Christians who discern things and Christians who don’t. The stuff that we say is going to be foolishness to Christians who aren’t mature, who aren’t filled with the Spirit of God. But I want you to be encouraged: this disunity among the body at Southwestern is not going to maintain itself forever. Jesus will have a bride here that is beautiful and glorious!”

Been thinking a lot about this meeting in the wake of the allegations of sexual abuse at Bob Jones University, and the response from its leadership.

I’ve been thinking about how cultish organizations respond when they’re under attack. And looking back on those events, several things have become clear to me:

One, no one thinks they’re in a cult when they’re in one. The power of a group to reinforce the beliefs of its members can’t be overestimated. If I or anyone else in that room had stood up and said, “I think we’re behaving in a cultish manner,” we would have been shouted down. We would have been the crazy ones. Yes, we would have been right. But they wouldn’t have seen it that way. No one ever does in that kind of environment.

Second, spiritual leaders acquire and maintain power by being the ones who interpret reality for those who follow them.

Kendall Beachey pointed out in his post about Tyler that Tyler’s most endearing quality washis ability to take the things that bothered you about him and explain them in a way that made sense. What Tyler did in his room that night was to re-contextualize the criticisms our friends were making, re-framing them into a story of slander, accusation, and persecution.

And we all bought it.

He told us a story, and that was the story we believed. We became immune to the cries of our friends. He was the Pied Piper, and the door of the mountain was slowly closing behind us, leaving us trapped in a nightmare we couldn’t get out of and deaf to the pleas of those who were trying to save us.

I wish we had listened. And I wish I could say Tyler was unique in his charisma, but his tactics have been used time and again by those in ministry to shield their flock from the protests of outsiders.

If someone is “attacking” you, if you’re being bombarded by the criticisms and accusations of distressed friends and family members, I plead with you, listen to them. Take a step back and examine the situation in an objective light. Don’t just rely on your leaders to interpret it for you. Research. Investigate. Talk to people. Keep your heart open. Some groups really are that dangerous. Many of them carry Bibles and crosses. And sometimes the difference between the sheep and the wolves isn’t immediately clear until it’s too late.

And sometimes you think you’re being persecuted, when in reality your persecutors could be saving your life.

March 2, 2014 Quoting Quiverfull: A Watchdog?
Recent Comments
1 Comment | Leave a Comment
Browse Our Archives
get the latest from
Nonreligious
Sign up for our newsletter
POPULAR AT PATHEOS Nonreligious
1