Quoting Quiverfull: To That Girl Who Just Broke Off Her Courtship 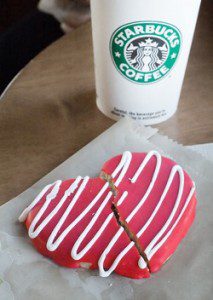 [The following post is purely fictional. No reference to any specific living person should be implied.]

Ok, so you broke it off with what’s-his-name. That guy that, a few days or weeks ago you plastered all over your Facebook wall and spent dizzying hours telling your girlfriends about. We all understand why you did it. The guy turned out to be a jerk. From so far away we can’t tell exactly what kind of jerk, and you have very properly not cared to share that all over your Facebook page, but a jerk of some sort. There are so many types of jerks, but  he was one of them.

Perhaps he was too prideful. It certainly is a common trait amongst young men. I believe the term is ‘sophomoric’. They are young and full of energy, just starting out, and want to take the world by the horns. The temptation is for them  to think that they are the best thing since sliced bread. Braver than Daniel, a better exegete than William Einwechter[1], (and better looking than that other guy you were kind of hoping would want to court you.)

Or maybe he was a different kind of jerk. Perhaps he was too, ummm, well, perhaps nice Christian girls don’t talk about what he was too  much of.  How can we talk about this? Perhaps he managed to show you that he was a bit too eager for the marriage bed? Can I say that? Or perhaps he made a mistake and admitted, or revealed, that he was not the pristine pure virgin that you thought  he was? Either physically or in his thought life?

That is a shame. I mean, I suppose you aren’t allowed to admit it, or talk about it, but you were probably looking forward to a young man that was eager for your marriage bed, no? [2] One that would eagerly do his best to ‘be fruitful and multiply’?[3] And now, of course, your having rejected him, he will struggle even more.[4] Wow, what a shame.

Maybe the problem was he just wasn’t enough of a spiritual leader.[5]

It  is a kind of difficult thing for a young man to develop, you must admit. Most of our churches kind of insist that it is really only the man who, after long years of leading his family in daily worship, and then shows himself able to handle the occasional fill in preaching, or Bible class, will be admitted to the ranks of spiritual leader, deacon, elder, that kind of thing.[6]

I imagine that he was almost certainly lazy.[7] It has been my experience that pretty much every young man is like that! Give them an inch of spare time and they will occupy it with an hour of Xbox, or facebook, or the latest G.A. Henty novel (that last one you might almost consider appropriate). Certainly few of our young men are eager to clean their rooms (did you ever even get to see his room? That was a tactical mistake on his part, unless he let his mother and/or sisters help him clean it up. For about a week.) Most of them are eager for some sort of paying job, but they might not have been so astute with what they did with the money they earned, and certainly they felt they earned their ‘down time’ when they got home after a long day’s work.

Well, I don’t know which of these character flaws your young man had. Or perhaps it was even something else. But I do know I feel sorry for you, I really do. It must have been hard. We all know what you were looking forward to. We saw all of your eager, excited Facebook posts. We saw his, too, the ones where he posted a picture of you two together, and then Facebooked on each event he took ‘his girl’ to. It must have been very hard to break it off.

You have been trained to want to be a wife.[7b] To serve as a helpmeet for some man. The idea was exciting at first, but perhaps the older you got, the scarier it became as the reality of it really set in. And, of course, once you found out what this young man was like, it got scarier, to the point where you broke off your courtship. But, still, you were looking forward to it, no? The idea of being a wife?

And having your own  house.[8] We are sure you were looking forward to that! Choosing your own dishes, furniture, getting to arrange everything just the way you wanted. And having it all nice and clean, and a dinner all on the table, when your dream husband came home? Too bad this boy wasn’t him.

And having children, no?[9] I’m sure you were worried about pregnancy and childbirth, but I’m certain you were looking forward to having children, breastfeeding, showing off your latest newborn to all the women in church.

I have a thought for you. It may or may not be something you’ve thought about, but I would like to encourage you to think about it for a minute. Two thoughts, really.

First of all, I would ask you to consider whether you are all so perfect yourself. He probably didn’t notice, being sooo busy being attracted to you, but maybe you, too, had one or two little flaws. When you have those arguments (OK, ‘discussions’) with your mother, are you sure you are always the one who is right? That she never is actually pointing out an actual flaw in your character?[10]

No, well, probably not. But if not that makes my next point all that much stronger. Have you considered that, just maybe, God didn’t want you to marry the perfect man? That perhaps a man who was less  Godly than you thought he should be, more tempted by fornication, more prone to laziness, and all of those things that, we all agree, were legitimate problems in that boy who was courting you, that perhaps it was a man like that, perhaps even that man, who God wanted you to marry?

Have you meditated on what God meant when he said that it was not good for man to be alone? [11] That perhaps all of those problems that you saw in your young man were, actually, while fully the result of sin, still issues that were part of why God designed you for him?[12] That perhaps your very perfection would be ways in which you would be helpful to your new husband?[13] That by sharing his bed you might help him with his tendency toward fornication? [14] That by being, and reminding him of, his new responsibilities you might help counteract some of his laziness? [15]

Indeed,  have you considered that when God said it was not good for man to be alone, when He said that He had created ‘male and female’ in His image, when He said that Christ’s death on the cross and His resulting marriage to the church He had bought and paid for was a reason for men to get married[16]… have you considered that all of these things might imply that man is made better by marriage? Sanctified by marriage?

Have you considered that, like Esther, you might even have been put on Earth, put in the courtship you were in, for ‘Such a time as this’?[19] Or, in this situation, for ‘such a man as this’? If Esther was able to serve God as one of the women in the harem of a pagan king, are you really sure that it would have been impossible for you to serve God in the marriage that you just refused?

If you dare, look around you. See how many other girls are sitting there in the pews with you. Unmarried girls. Older girls.[20] Are you very, very sure that God wanted you to join their ranks? Instead of the ranks of, well, pretty much every Godly woman in Scripture? Eve, Rebecca, Rachel (and Leah!), Rahab… even Tamar, the one who had two unGodly husbands, so unGodly God killed both of them, even she ended up in the very line of Christ.[21]

It might, it just might, not be too late. The appropriate amount of tears and contrition might do the trick. Or maybe you could send Daddy over. Or maybe just answer the phone the next time he calls the way he’s been doing, several times a day and say, “Hey, I’m sorry, I was a jerk.”. Maybe. Just maybe. Think about it.

Your Brother in Christ,

Note: Due to some odd, old fashioned, theological beliefs I have, I don’t really think it is my job to give young girls advice on the internet. I know everyone is doing it, nowadays, but still. So this letter is really written as a father, to fathers. Fathers of daughters. Hoping that what we write here will give them pause for reflection, and perhaps help them as they encourage their own daughters.

As well, this post is a call to reflection. It is meant to remind us that our goal should be to get our young people married, not to protect ourselves (and them) from a ‘less than perfect’ match. No one should take this post as some kind of call for every girl to be given in marriage to the first guy who asks. But at the same time it must remembered that maybe she should be given to that first guy who asked.

March 17, 2014
Quoting Quiverfull: Put Sex Ed Back In The Home, Not The School
Next Post

March 18, 2014 Behind The Mask: Why We Join Patriarchy & Mask Our True Selves
Recent Comments
42 Comments | Leave a Comment
Browse Our Archives
Follow Us!