Announcements With a Little Begging on the Side

Announcements With a Little Begging on the Side April 6, 2014 Suzanne Titkemeyer 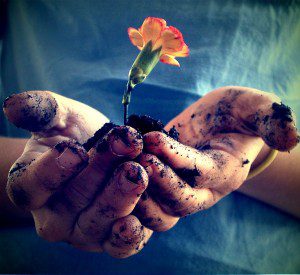 I’ve been kicking around the idea of a new project for a little while now, and after exploring the idea with some close friends, family, and a few of my internet peeps, I’ve decided that it might actually be a good idea and might be worth going full speed ahead with.

You’ve heard me talk about a few times one of my goals with my current church is talking to the teenagers about purity culture– about consent, sexual violence, relationships, shame, etc. For a variety of reasons, that is no longer an option for me. I want to be perfectly clear: this was a personal decision, and not something that the church staff said “no” to– they just made their expectations clear, and I decided that I’m not the person that can meet them. I’m a gifted teacher/explainer, but I am not good with the sorts of things that were requirements for someone to address the teenagers. They were reasonable expectations, just not things I can do. I thought very hard about going ahead and trying to do it all anyway . . . but I can’t and remain physically/mentally healthy. Not right now, at least.

But, I figured, just because this opportunity wasn’t something I could pursue in my church, why not act like Fräulein Maria and open a window?

I brainstormed a couple dozen names before I settled on Daughters of Eve– it incorporates the “forbidden fruit as temptation” imagery, it’s a Chronicles of Narnia reference, AND it’s been used to malign women in church history. It also has a certain flair that I think is perfect.

I’m going to be talking about all the things I would have wanted to talk about with the teenagers at church, and I’m going to be addressing that audience: Christian teenagers who would like to– and need to– know more about sex. Primarily women, since they’re the main targets of purity culture and the ones that get the short end of the stick when it comes to how Christians talk about sex, but I am hoping to have a variety of perspectives– as many as possible. Queer, male, transgender, abstaining, bi, gay, ace . .

I’m currently scripting episodes and puttering around with video editors and figuring out how to do this as a one-woman show, and I’m planning to have my first episodes up in May. Right now, I am planning for this to be bi-weekly so it doesn’t completely take over my life, but we’ll see if I have to make adjustments as we go along.

This project is hugely exciting to me. I think it has the potential to change lives, and to stop hurt before it could happen. That’s my hope, at least.

That being said, I’ve realized I need a few things. The lighting in my “studio” is abysmal, so I need a few lamps. I’m not planning anything fancy– professional lighting is expensive– so my plan is just to get a few different floor lamps and play around with them. Maybe some tinfoil. And sheets. I also need a microphone– the one on my DSLR is not awesome.

I also need books– lots and lots and lots of books. I want these videos to be as credible as I can make them, so having source material to work with– both books written by evangelical authors, books like I Kissed Dating Goodbye, and secular books on human sexuality– is incredibly important. Also incredibly expensive, even when used.

For all of that, I started a Go Fund Me. If you have the ability and the inclination, would you think about donating? You would have a million and one thank-yous, and also the opportunity to see me say “penis” and “vagina” as many times as possible in five minutes. That’s worth a donation, right?

April 8, 2014 Quoting Quiverfull: Taking Feminist Positions When Convenient: Cognitive Dissonance Much?
Recent Comments
1 Comment | Leave a Comment
"This is late, partly bc of my preoccupation and partly bc I'd been slowly reading ..."
Jennifer Serena’s Serenity – Luxury Hotel, Birthing ..."
"Thank you for your commitment to truth and love, Suzanne. Best wishes to you and ..."
Meredith Anne Not a Goodbye, More of a ..."
"For your sake, I am so glad you will no longer be editing and managing ..."
Lana Not a Goodbye, More of a ..."
"For what it's worth, I've learned a lot from you about a Very Creepy movement ..."
Griff Pryce Not a Goodbye, More of a ..."
Browse Our Archives
get the latest from
Nonreligious
Sign up for our newsletter
POPULAR AT PATHEOS Nonreligious
1