“Equal But Subordinate” and Soft Complementarinism 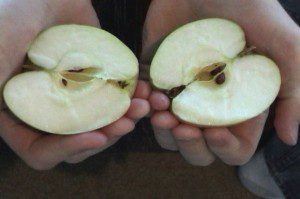 by Kristen Rosser cross posted from her blog Wordgazer’s Words
My analysis of the “Equal but Subordinate” teaching on women in Christianity seems to be turning into a series.  I didn’t intend to do this, but I do believe the implications of this teaching in its various manifestations should be addressed fully.  This, then, is Part 3 (and I hope the conclusion!)

My last two posts were on the basic position taught by the Council for Biblical Manhood and Womanhood (“CBMW”) that male authority and female subordination is intrinsic to manhood and womanhood, even to the point where it will continue in the new creation.  As I said in Part 2, if the CBMW really believed that male headship was not part of what it means to be a man–

then there ought to be times and places where women are not expected to defer to men or to acknowledge any inborn, natural ability and inclination towards authority in men over women, simply because of being born men.

The CBMW allows for no such exceptions, and thus their position is actually that women are inferior and men are superior, no matter what they may say otherwise.  This harms and damages women and belittles the image of God in us– and it really isn’t great for men either.  So before I proceed, I want to ask my readers to support the Freedom for Christian Women Coalition by signing their petition on Change.org demanding an apology from the CMBW for these harmful and erroneous teachings.  I don’t think it matters whether this succeeds in changing the CBMW at all (it probably won’t).  But we can still make a difference by adding our voices to call the CBMW to account, so that those who have been subjected to spiritual, emotional and/or physical harm will know they are not alone or unheard.

That said, I’ll move on to the question that remains:  What about those who don’t go as far as the CBMW does, but still believe in some form of male authority and female subordination as God’s will for Christians?  People in this camp usually call themselves “soft complementarians,” and they distinguish themselves from the “hard patriarchy” of the CBMW.  In general, soft complementarians disagree with the CBMW by saying that women may take positions of authority over men in the world of business or politics without violating their feminine natures.  Soft complementarians also don’t generally say that male headship and female subordination in the church and in marriage (which they do uphold as God’s will) is “part of the reality of creation” or the “divine principle weaved into the fabric of God’s order for the universe,” as I quoted the CBMW saying in my earlier posts.

God has ordained that only men are to serve in positions of spiritual teaching authority in the church. This is not because men are necessarily better teachers, or because women are inferior or less intelligent (which is not the case). It is simply the way God designed the church to function.

And here is Gotquestions.org on marriage:

A wife should submit to her husband, not because women are inferior, but because that is how God designed the marital relationship to function.

Notice how this position ties female subordination to the “function” of the church or of marriage rather than to essential male or female humanity.  When my second blog post on this was reposted on No Longer Quivering, an astute commenter gave me feedback as follows:

So the question is, if I have no problem with “functional inequality,” (such as exists between a boss and an employee, related to their functions or positions and not to their being), why would I have a problem with the soft complementarian position that limits male headship to the “functions” or “positions” of church and marriage, and does not support it in other areas of life?

This is clear because when men become church members, they are not automatically restricted from the pastorate. In other words, the restriction from becoming a pastor is not related to one’s position as a church member. It’s related to one’s being as a female. A man is restricted from the pastorate only by his qualifications, training and giftings. The woman is restricted even if she has the appropriate qualifications, training and giftings.

Soft complementarianism still says the woman must be subordinate in these two areas– the church and the home– without exceptions.  So the equality it grants women in business and politics does not negate the implication of her being-related lack of authority in the home and church.  Although her subordination is limited to those two situations, within those situations it still applies across the board and is related to the woman’s being within the function, not to the function itself.

So since this is ultimately about being and not function, the question is why a woman’s being would be subordinated in these two areas.  If not because of her essential nature, then why?

What does it say about women when you insist that they are functionally equal only in the more external worlds of business and politics, but in their intimate personal and spiritual lives they are subordinate?  Are you saying something, intentionally or not, about the personal and spiritual nature of women?  Or if you still insist this is not about women’s nature, are you maybe saying something unintentional about the nature of the God who would so subordinate her?

I addressed this question some time back in my blog post entitled  “But That’s What the Bible Says”:

Either women are not equal to men, because God created them with a certain lack of authority over themselves, or ability to lead others, that men do not lack. And this lack is intrinsic to womanhood, while any lack a particular man may have in the area of leadership, is simply an individual characteristic, not intrinsic to his manhood. This makes women, in their essence as women, inferior to men.

Or women are equal to men, but God simply decided that women, because they are women, despite lacking nothing that He gave men for authority over themselves or leadership of others, may not use that authority or leadership. In other words, they are to be under male authority even though God did not design them or create them to be suited for being under male authority. This makes God, in His essence, arbitrary and unjust. He makes rules without good reasons.

You see, you can’t tie the fundamentally unequal characteristics of authority to one group and subordination to another group, based on something like the sexes (which people are born with and have no control over), without rendering them as groups unequal.  If you tie the characteristic to the group’s very nature (as CBMW does), then you deny the equality of that group in any real sense at all.  But if you tie the characteristic to the group functionally, as soft complementarianism does, even though you say the groups are equal by nature and there is no difference in the group’s ability, as a group, to perform the function— then you have no justifiable basis for the unequal treatment. And if you then claim this unjustifiable, unequal treatment is from God— you have turned God into something you never intended.  “Because God said so” doesn’t exactly glorify God.

Dividing humanity into two subsets based on their chromosomes, and then giving each entire subset a different and unequal status, results in a class system.  If a woman must be under male authority in the church and in the home because she’s a woman, then regardless of what she can do in other areas of life, she’s in a lower class– just one with a few less restrictions than the CBMW would impose.

Jesus did not come to enforce a class system. He came to teach mutual service and that “the last shall be first.” (Matthew 20:16)

So why am I so angry with the CBMW and not with soft complementarians?

Because soft complementarians, in treating women’s inequality as functional and limited, do avoid in practice the harmful and degrading view of womanhood as intrinsically subordinate, as espoused by the CBMW. Soft complementarians do often unconsciously act on the unspoken (and un-faced-up-to) implications of their view in a certain paternalism towards women– but because they acknowledge that woman are able to lead men at least in the public sphere, they do usually truly respect the strengths, talents and giftings of women.

Also, when soft complementarian men follow the biblical admonitions to love and serve their wives, they often end up, instead of giving lip-service to equality, giving lip-service to headship. A soft complementarian couple may claim the man is the “head,” but in practical day-to-day living they function as equals, with the man taking very seriously his duty to serve his wife and put her needs first.  In short, I think they end up where Paul’s teaching to first-century patriarchal marriages intended to lead them– each partner focusing on serving the other, in mutual submission (see Eph. 5:21), without worrying about who was in charge.

Ultimately, “equal but subordinate” as a view of women doesn’t work.  It is self-contradictory whether viewed in terms of being or of function– it’s simply more dangerous to women when viewed in terms of being.  In marriage, soft complementarians usually end up acknowledging a watered-down version in theory, while ignoring it in practice.  But the best way to deal with the concept “equal but subordinate” is simply to scrap it.