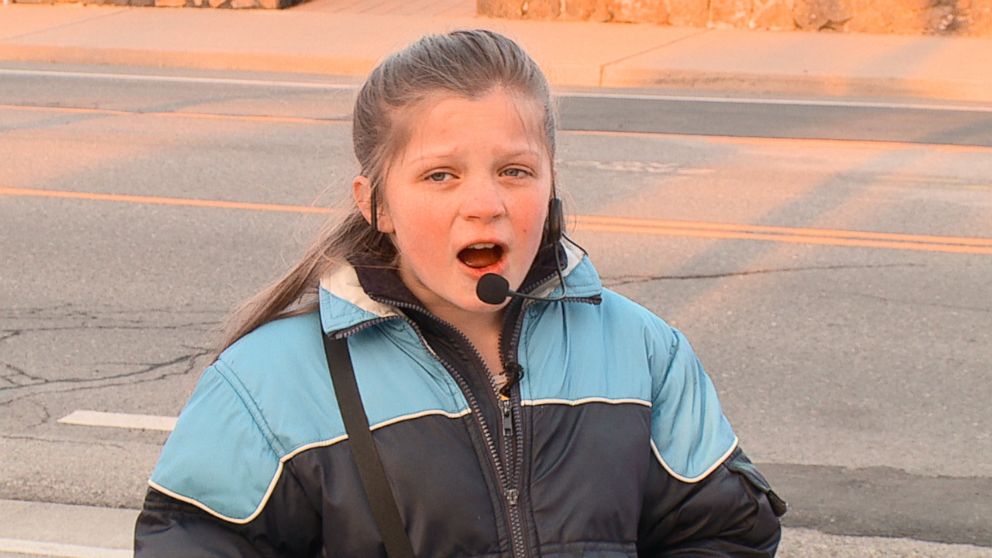 For Susanna LaVelle’s parents, watching their 11-year-old daughter make her big debut was a moment of heart-swelling pride.

But the LaVelles weren’t attending a child’s soccer game or ballet recital. They were gathered outside of a sports arena in Spokane, Wash., for their favorite pastime — preaching from the sidewalks that the people filing in were sinners with a one-way ticket to hell.

And for the first time, their daughter Susanna was taking the microphone to spread their message by herself.

“I thought it was fabulous,” she said.

Her father David LaVelle was by Susanna’s side and took his turn sharing his religious message with arena patrons.

An engineer by training, David LaVelle is one of the leaders of a group that calls itself the Spokane Street Preachers, a controversial band of sidewalk evangelists pushing the boundaries of tolerance and free speech.

“Nightline” spent 48 hours following the street preachers in every aspect of their lives. The LaVelle family is the heart of the group, not just because parents David and Kristenea LaVelle are so active, but because they have 11 children, ages 1 to 21, who all train for the day they will make their preaching debut.

The Spokane Street Preachers’ fundamental belief is that churches today preach a candy-coated, watered-down message designed to skirt some sins to appeal to a broad audience. They say that preaching at people is no different from a person yelling at a child who ran out into the street without looking both ways. They said they are just trying to keep people from going to hell.

Standing outside one of their favorite targets, the Spokane Islamic Center, they use the megaphone — one that is so powerful it’s designed to be heard across the noisy deck of an aircraft carrier — to preach things like, “this religion of Islam says that my Lord and savior is a liar” and “Allah never gave his life for you…all Allah gives you is rules.”

Again, the LaVelles don’t believe what they are saying is hateful, only helpful.

“We are speaking the things so they will be woken up,” David LaVelle said. “What is hateful about telling somebody the truth? I am not seeing the connection between preaching the truth and hatred.”

And if someone were to show up outside of his house and started shouting their beliefs at his family, LaVelle said he wouldn’t be fazed.

“We do have freedom of speech here,” he said. “I would go out to them and talk to them and tell them it is not true… in fact, I might welcome it.”

When they aren’t out preaching, the LaVelle family lives a quiet life. There is no television in their house and all of the children are home-schooled. The day’s rituals are a seamless patchwork of school and Bible study. Field trips often turn into street preaching events.

Jonah LaVelle, 15, is a fierce preacher despite his small size, although he admitted that preaching can be scary sometimes.

“They curse at us and call us all sorts of names, but that doesn’t bother me because the Bible says they will do that,” Jonah said, adding that people reject his family’s preaching, saying, “because they hate God and they hate God’s people.”

While the family has a right to express their opinions, their critics wonder if it is right to expose young children to their preaching style. Some of Spokane’s religious leaders worry that what the LaVelles are doing isn’t just free speech, it’s dangerous.

Andy Castrolang, a senior pastor for the Westminster Congregational United Church of Christ, said the street preachers often target her church because it welcomes members of the gay and lesbian community.

“I feel for the children who are with them,” Castrolang said. “They are shouting a message that’s cruel and hateful that drives people away from Christianity.”

Nonetheless, these messengers, young and old, are filled with the confidence that people shouldn’t be angry with them, they should be thanking them.

When Susanna made her preaching debut outside of the arena, she was anxious to be a part of this. But while her message didn’t seem to register with the basketball fans, it sent waves of joy through her parents.

“Heaven’s rejoicing,” her father told her. “Heaven is rejoicing for you, sweety.”

April 13, 2014 Quoting Quiverfull: No Divorce Even if Abused?
Recent Comments
13 Comments | Leave a Comment
"This is late, partly bc of my preoccupation and partly bc I'd been slowly reading ..."
Jennifer Serena’s Serenity – Luxury Hotel, Birthing ..."
"Thank you for your commitment to truth and love, Suzanne. Best wishes to you and ..."
Meredith Anne Not a Goodbye, More of a ..."
"For your sake, I am so glad you will no longer be editing and managing ..."
Lana Not a Goodbye, More of a ..."
"For what it's worth, I've learned a lot from you about a Very Creepy movement ..."
Griff Pryce Not a Goodbye, More of a ..."
Browse Our Archives
get the latest from
Nonreligious
Sign up for our newsletter
POPULAR AT PATHEOS Nonreligious
1