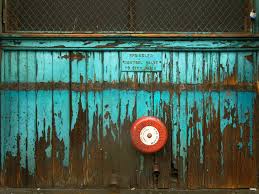 As we engaged in the journey forward, there was a strong acknowledgement of our own brokenness and our total reliance on God – which was why we obeyed when we believed God was telling us not to call another pastor (“do not to ask for a king!”).

To ensure we had ‘back-up’ in case of any future unresolvable conflict in the church, we established a board of reference. This consisted of four men from various places around the country with whom we would cultivate relationship and to whom both the leadership and the body could turn for advice and ‘oversight’. One of these men had been an associate pastor at our old church (board member D).

For the most part over the next few years things seemed to go well, and we felt God was blessing our efforts to hear him and be obedient. There was a spirit of goodwill amongst the leadership, and even one difficult situation, which resulted in one of the elders being replaced, seemed to have been negotiated reasonably enough. (In hindsight, I see that we had put ‘principle’ before relationship in that incident, but at the time, we thought we were doing really rather well.)

Late in 2011 there was an incident where elder J found himself in fairly sharp disagreement with the rest of us over one particular issue. This was seemingly resolved with what appeared to be a clear directive from God. Unfortunately, what we didn’t know was the elder J had been deeply wounded by the incident and he carried his hurt silently for several weeks. Elder J and his wife were close friends with my husband and I, so it soon became apparent to me that things were not as ok.

In January, I raised the issue with elder J and urged him to share his hurt with his fellow elders. There was great resistance to my suggestion and I was informed that board member M had cautioned him to be careful with both what he shared, as well the timing of that sharing.

This set off alarm bells for me… but I trusted these people and believed they only wanted the best for us, so I tried to bury the sense of rejection and pain that was growing inside me. (Dissonance, anyone?)

In my saner moments, I could see an increasing tendency for J (and his wife who was at every elders meeting) to treat me as an inferior. We were a team of equals, yet if I made a decision on my own, I had to have a meeting to explain and justify myself to him. If he thought we should make a particular decision, it wouldn’t matter what arguments I put forward – I would be beaten into submission with the ongoing repetitious comeback of, “I strongly believe…” In the midst of this, my physical and emotional health was deteriorating rapidly.

April 5, 2014 Quoting Quiverfull: Shop Window Porn?
Recent Comments
2 Comments | Leave a Comment
"This is late, partly bc of my preoccupation and partly bc I'd been slowly reading ..."
Jennifer Serena’s Serenity – Luxury Hotel, Birthing ..."
"Thank you for your commitment to truth and love, Suzanne. Best wishes to you and ..."
Meredith Anne Not a Goodbye, More of a ..."
"For what it's worth, I've learned a lot from you about a Very Creepy movement ..."
Gwen Pryce Not a Goodbye, More of a ..."
"Unfortunately, this kind of satire (if it even is satire) is what gives Christianity the ..."
Emily Is Biblical Gender Roles a Big ..."
Browse Our Archives
get the latest from
Nonreligious
Sign up for our newsletter
POPULAR AT PATHEOS Nonreligious
1