Part 3: Things Come to a Head 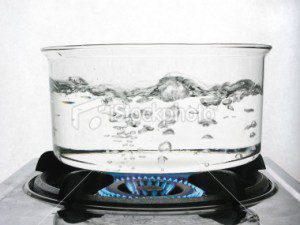 Things came to a head a couple of months later when the church was invited to participate in an annual prayer event. It seemed like a no-brainer, yet after praying about it, both elder M and I felt unaccountably uneasy. Elder R was overseas at the time (an increasingly regular reality) and was happy to abide by the decision of rest of the team. Elder J, however, was insistent we participate and after several quite painful communications between the three of us, declared his intention of announcing our involvement to the rest of the church that Sunday. I was beside myself by this time!

That Sunday morning, despite being very unwell, I dragged myself to church for a pre-service elders meeting to resolve the impasse. Although we did manage to reach a short-term compromise position at that meeting, it was obvious we were in serious difficulty.

Despite desperate attempts to resolve the issues, the bullying and abuse continued. By now it was clear that elder J wanted to be the one in charge. He considered himself to be ‘the leader’ and elder M and I could submit or be run over. (Elder R was absent for a great deal of this time, and even when he was around, elder J wouldn’t dream of treating him the same way as he was afraid of R.)

Eventually, we contacted the board, told them we were in a huge mess and asked them for their help. A meeting was set up, but instead of addressing any of the actual realities, they met with us, told us we were in a huge mess and said we needed help! They then said a few ‘magic words’ and declared that everything was ok!!! I walked away from that meeting utterly shattered, unable to stop weeping, and yet no-one seemed to notice or care. They all went out to dinner that night to congratulate themselves on a job well done!

Of course, what I didn’t know at the time was that it was the board members who were urging elder J to ‘step up’ and ‘take the leadership’. So naturally they could see no problem! It’s just a pity they didn’t think to inform his fellow elders about the changes they were trying to impose on us.

April 11, 2014 Growing Up Duggar - Part 2 Foreword: Winning Souls Via Television
Recent Comments
0 | Leave a Comment
Browse Our Archives
get the latest from
Nonreligious
Sign up for our newsletter
POPULAR AT PATHEOS Nonreligious
1