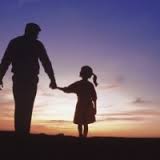 by Suzannah Rowntree at Ladies Against Feminism – Is Stay-At-Home Daughterhood Biblical?

But there was one thing missing from my convictions on “stay-at-home” daughterhood. Folks—particularly Christian peers—would remind me that the Bible doesn’t specifically command, describe, or endorse the concept, and therefore one could not make it a rule for everyone. Up until recently, I found this reasoning pretty fair. None of the books I read on the subject of daughterhood and the family made more than a persuasive argument from Scripture—certainly nothing I found convincing. Most of the factors in my own decision had been personal, and while I loved the life so much, I couldn’t recommend it to others, I knew I couldn’t promote anything as Scriptural truth which wasn’t.

Then recently, not really to my surprise, I discovered Exodus 21:7-11, the Scriptural evidence I’d been waiting for.

7. And if a man sell his daughter to be a maidservant, she shall not go out as the menservants do.

8. If she please not her master, who hath betrothed her to himself, then shall he let her be redeemed: to sell her unto a strange nation he shall have no power, seeing he hath dealt deceitfully with her.

9. And if he have betrothed her unto his son, he shall deal with her after the manner of daughters.

10. If he take him another wife; her food, her raiment, and her duty of marriage, shall he not diminish.

11. And if he do not these three unto her, then shall she go out free without money.

I can see you looking at me funny. This is a law about selling a daughter into slavery, and I’m treating it like the Scriptural prooftext for stay-at-home daughterhood?

I believe that this passage tells us something very important about the Lord’s intentions for unmarried women.

Let’s start with the whole slavery concept. It’s important to know that “slavery” or servitude under Old Testament law was not chattel slavery as we know it today. Rather it encompassed a spectrum of different relationships ranging from hire of labourers through a kind of indentured apprenticeship to a means of restitution for debtors or criminals. One of the major uses of Old Testament servitude was to enable a man in need to provide for his family by selling himself. Laws then required him to be released in the seventh year. The rules governing this kind of arrangement are given immediately preceding the passage we’re discussing in Exodus 21. Selling one’s daughter, then, could be another option for a family in financial need.

Verse seven establishes the big difference from selling one’s self, though: if you sell a daughter, she doesn’t get set free in the seventh year. This makes perfect sense in context because it emerges that the daughter is “sold” to be married.

If you’ve read much in the Old Testament, you’ve heard of the bride price and the dowry. According to Philip Kayser, these were payments made by the groom to his betrothed wife’s family. The dowry provided a guarantee of financial security to the wife in case of the groom’s death or desertion. The bride price was a compensation to the wife’s family for her loss—in other words, it was assumed that the bride had been a positive economic good to her parents during her single years, and that economic loss required some form of financial compensation.

This law, therefore, is not so much about selling a daughter into servitude as it is a sort of advance marriage arrangement. The “sale” would be the exchange of a daughter for a dowry and bride price, which could then be used by the girl’s family to put themselves back on their feet financially.

Now this is getting easier to imagine. A family falls on hard times, and so a neighbouring family with a young son (let’s call him Alvin) betroths their son to the poor family’s daughter (we’ll call her Sheila) and makes the traditional payments immediately, so that the poor family will have something to live on until they can put themselves back on their feet.

If Alvin, once he’s old enough to take a wife, decides he’d rather marry someone else, Sheila can be redeemed once her family (or, perhaps, an alternate suitor?) repays the bride price and dowry. Until then, she remains a member of the family and Alvin can’t sell her (verse 8). Up until her marriage to Alvin, his father is obligated to treat Sheila like his own daughter (verse 9). After her marriage to Alvin, Sheila has full rights to food, clothing, and what the KJV calls “due benevolence”, even if Alvin marries another wife (verse 10). If he fails to provide her with these things, she has legal recourse to divorce, in which case the bride price and dowry need not be repaid (verse 11).

There are lots of interesting facets to this law. Notice, for instance, the fact that Sheila’s entrance into the family as a “maidservant” does not degrade her legal status to anything less than a wife, with the full legal protections of a wife—for instance, like other wives, she has the right to divorce her husband if he fails to provide for her.

Even more, notice how little distinction is drawn between the status of maidservant and the status of daughter.  During the time, however long, between her betrothal/sale and the consummation of her marriage with Alvin, Sheila holds a legally-enforceable position as a daughter of the family: Alvin’s father “shall deal with her after the manner of daughters”.  This lends weight to the observation of one commentator that servants in the Bible occupy a position in their master’s household analogous to that of children. Compare with Paul’s illustration in Galatians 4, which begins: “Now I say, that the heir, as long as he is a child, differeth nothing from a servant, though he be lord of all.” Being sold as a maidservant into a family under this law means being accepted as a daughter by that family.

Thinking through the passage, it seems safe to assume that the natural daughters of the family also act as maidservants to their parents: this is no Cinderella deal, with the new “daughter” being made to do all the work, for she is treated no differently to the master’s own daughters. The concept of the bride price as compensation to the parents for the loss of an economically-productive daughter supports this reading. And when we look at other daughters in Scripture, we see them filling a similar maidservant role: drawing water (Rebekah) and herding sheep (Rachel, Zipporah, and her sisters).

So what application does this law have to modern Christian women? Well, I happen to believe in the continued relevance of Old Testament judicial law (like this) to New Testament society, which drives my interest in this area. Still, even if you disagree on the exact current application of this law, it continues to teach us about the Lord’s desires and intentions for human society. We don’t get to erase it from Scripture entirely, even though the commonwealth of Israel is no more. It would be arrogant of us to assume it has nothing to teach us.

So Exodus 21:7-11 tells us a number of things about the Lord’s intentions for unmarried women.

First, that a daughter placed outside her parents’ home is a sign of financial need. The whole point of this law is about ensuring the daughter’s future and helping her family through financial difficulty similar to Exodus 21:1-6, the immediately preceding passage. Ordinarily, a daughter with an intact family would be found working as a maidservant in her own father’s home.

Second, that in such times of need, daughters do not act as hirelings or indentured servants, as their brothers or fathers may. The Lord has different rules, just for them. This goes against the common argument that a daughter should have a career in case something should go wrong one day in the future. In Scripture we do see these financial questions being answered, but not in the way the world answers them.

Third, if pressing financial or other need does result in a daughter being placed outside her parents’ home, she does not become an employee or hireling, but is placed into another family with a legally-enforceable right to be treated as their daughter. One wonders, if a daughter placed into another man’s home has the right to be treated “after the manner of daughters”—presumably given food and clothing—how much more does her own father have the duty to do the same?

Fourth, the daughter is also placed into a marriage which will provide for her long-term, and verse 8 even suggests that there is some stigma if the young man betrothed to her fails to marry her: “he has dealt deceitfully with her.”

To sum up, even in times of financial difficulty and emergency, daughters under Old Testament law did not leave home and hire themselves out. Instead, they were transferred to live as daughters and wives in a new home.

This, not an alternative of college or employment, is what the Lord provided for single daughters of functional covenant families in Old Testament Israel.

In the interests of not stretching this passage beyond what it plainly says, I’ll happily acknowledge that this law does not limit all daughters to the exact model described. However, this law does give us an excellent idea of what the Lord clearly prefers!

While I was studying law, I worked casually at a local law firm. They were kind people, and I thoroughly enjoyed and am grateful for the experience. But I was not welcomed into my employer’s home, treated like his own daughter, or betrothed to his son! I have a question:

Why should we daughters take anything less than what the Lord provides in His law?

April 13, 2014
My Recovery Story: So I've Been Spiritually Abused. What Next?
Next Post

April 15, 2014 News: Pastor Accused of Using Nanny as Sex Object
Recent Comments
35 Comments | Leave a Comment
Browse Our Archives
get the latest from
Nonreligious
Sign up for our newsletter
POPULAR AT PATHEOS Nonreligious
1