So I’ve Been Spiritually Abused, What Next? Tips: Dealing With Face to Face Confrontations 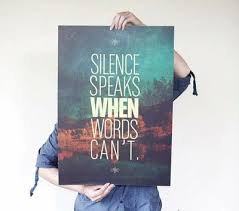 One of the biggest challenges I had during my recovery from spiritual abuse was what to say to the people from my old church circle when I’d run into them on the streets of my small town. They’d always want to rip into me on the subject of leaving that church, eager to issue ‘Come to Jesus’ talks or try and heap condemnation on me. I took to running the other way until I developed a coping strategy that allowed me to interact with them and put them on the spot.

Keep in mind my questions below are more sarcastic than I would recommend. I only unleashed the sarcasm on the ones that seriously crossed borders they shouldn’t have ever been near. The key to dealing with these types of people in your life without it making you frustrated or crazy is to reply to everything they say in the form of a question. Like you’re doing a street-side psychoanalysis on your would-be tormenter.

Nosy Lady From Old Church: “Someone told me you were an apostate now! How could you walk away from Christ like that! Don’t you know you’re going to hell?”

Me: “Why are you so concerned that you couldn’t call me but you could talk to everyone else about me?”

NLfOC: “I didn’t know how you’d react now that you’re an apostate. But you must turn back to the Lord now!”

Me: “So you haven’t consulted me but you’ve decided I’m backslidden? How did you determine that? Did Jesus put you in charge of that? Do you have a secret decoder ring?”

NLfOC: “Everyone says you are.”

Me: “How does everyone know that? What hard evidence do you have?”

Silence…. is oh so very golden.… it’s usually at this point that the accuser runs away, sometimes crying big old Jesus tears because you’ve confronted them wanting to know how they know their gossip is true. They can’t back up anything they’ve said with real proof so they run.

Remember! Give them zero information about yourself and always answer them in the form of a question. It makes the nasty ones leave you alone and sends them away with no gossip about you to spread.  It takes away the only power they have over you, giving you back power and control of the situation.

Suzanne is an empty nester lives near Washington DC with her husband, cats and various rescue birds. She works at a residential treatment center for children and is also the administrator of NLQ. Was raised Catholic in South Louisiana before falling in with a bunch of fallen Catholics whom had formed their own part Fundamentalist, part Evangelical church. After fifteen uncomfortable years drinking that Koolaid she left nearly 8 years ago. Her blogs are True Love Doesn’t Rape and Seeking The Light