Why Eric Jackson Confessed to Raping His Sister

Why Eric Jackson Confessed to Raping His Sister May 20, 2014 Suzanne Titkemeyer 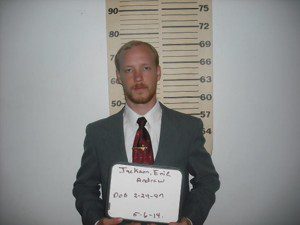 Please read We Believe Their Repentance is Genuine, Pastor Says of Brothers Who Raped Sister, for context.

Scott Brown, one of the elders at Hope Baptist Church in Wake Forest, North Carolina, church home to 2 of the 6 brothers accused of repeatedly raping their sister over an 8 year period, recently shared the reason the Eric Jackson confessed. In a blog post titled Eric Jackson and the Power of the Gospel Brown wrote:

Now, you may have heard that Hope Baptist has two of her members in jail on sex offenses against their sister. The tragic family life of the Jacksons is almost overwhelming. It is a story we will never forget.

But how did this come to light? The reason this story is in the national news right now is because of the power of the gospel. Eric Jackson came to the church, responded to the preaching of the Word of God, recognized that he was a false convert, embraced the true gospel, and was born again. His new heart compelled him want to walk in the light. As a result, he confessed his sin.

He first went to my fellow Hope Baptist pastor, Dan Horn and confessed. We collaborated on the situation and the next day Dan called to report it to the authorities in Elizabeth City. Shortly thereafter Dan went with Eric to the authorities to turn himself in. In that meeting Eric exposed the patterns of evil in his home and his past participation in it. Finally, 18 months later when their investigation was complete, 8 of the 11 family members were indicted by a grand jury and jailed to await trial. The father and the mother, Jon and Nita Jackson are out of jail on bond.

If Jesus had not saved Eric, perhaps the devastating culture of this family could have continued, even to more generations. But the gospel transforms and shines light in dark places. Jesus was the source of light that caused things to be brought into the light, “In Him was life, and the life was the light of men. And the light shines in the darkness, and the darkness did not comprehend it.” John 1:4-5

Paul speaks of the transforming power of the gospel to the Corinthian church. He mentions that some of them had a horrible past – adultery, homosexuality… He writes to them of the mercies of God in 1 Corinthians 6:9-11:

“Do you not know that the unrighteous will not inherit the kingdom of God? Do not be deceived. Neither fornicators, nor idolaters, nor adulterers, nor homosexuals, nor sodomites, nor thieves, nor covetous, nor drunkards, nor revilers, nor extortioners will inherit the kingdom of God. And such were some of you. But you were washed, but you were sanctified, but you were justified in the name of the Lord Jesus and by the Spirit of our God.”

One commenter, on my other post on this sordid story, suggests that the brothers were so corrupted by their parents that they didn’t know raping their sister, age 4 1/2 when it started and 12-14 when it stopped, was wrong. The only proof of this claim is a subjective comment the local sheriff made in an interview. There is no proof that the brothers were so under the influence of their parents that they were powerless to stop raping their sister or didn’t know that it was wrong.

Now we have Scott Brown saying that Eric, the oldest of the molesters, did not know that raping his sister was morally wrong. It wasn’t until Brown, using the mighty power of the Word of God, showed Eric that he was a false Christian, that Eric began to see that raping his sister was wrong. Until the moment that Eric gloriously embraced the gospel of John Calvin, he had no clue that sexually molesting a child was immoral. Until the Calvinistic Holy Spirit gave life to Eric’s dead, darkened, depraved, heart, he did not know that what he had his brothers did was wrong.

Those of us who are familiar with fundamentalist Calvinism have heard similar stories. Many of the “new” converts in Calvinistic churches are actually people who were already professing Christians. They were just the “wrong” kind of Christian. Calvinistic pastors are noted for their ability to persuade Christians that their non-doctrines of grace salvation is false. What better way to understand Eric Jackson’s sin and confession than to paint it as a Saul on the Road to Damascus conversion story?

Brown, of course, is an opportunist, and he is using Eric Jackson’s story to promote fundamentalist Calvinism. He even goes so far to suggest “If Jesus had not saved Eric, perhaps the devastating culture of this family could have continued, even to more generations.” If it is the Calvinistic gospel that made the difference, and so far Eric is the only Christian brother to get really, really, really saved, aren’t the rest of the brothers still rapists dead in trespasses and sin? Besides, at least two of the brothers regularly attended Hope Baptist Church. Surely they heard preaching against raping your sister? Surely they heard preaching against sexual immorality? If they heard, are they not accountable?

Calvinists love to make much of Romans 1,2 and the law of God that is written on the heart of every human. Surely, that law would tell Eric Jackson and his brothers that raping their sister is wrong? If atheists know that the raping a child is morally wrong, shouldn’t people raised in church, raised in the teachings of the Bible, even if they are not a Christian, know that they shouldn’t sexually molest children?

Brown’s blog post is quite “Biblical”, typical Calvinistic drivel. People like Brown are convinced that anyone who is not like them, a regenerated sinner brought into the glorious light by the Calvinistic gospel, are dead in trespasses and sin. We are vile, wicked, enemies of God. It is a wonder that all of us don’t rape our siblings and children. We are helpless, in bondage to sin and Satan. Or so the Scott Brown’s of the world would have us to believe.

This story continues to sicken me and Brown’s opportunism and explanation only makes it worse. While I am sure that there was tremendous dysfunction in the Jackson home, this does not excuse the brothers for raping their little sister. I don’t believe for a moment that none of them knew what they were doing was wrong. Unless they were raised as feral animals, they had to know that what they were doing is wrong. Especially by the time the brothers became adults.

All that matters now is that girl the brothers abused get the help she needs. There are also two other children to consider. Brown says there are 11 people in the Jackson family. The parents, the six brothers who are in jail, and the girl who was molested. This leaves two other children. Nothing has been reported about them, their age or sex.

I hope in the coming days that investigative reporters will focus on the patriarchy and hierarchical authority structures found in the Jackson home and churches like Hope Baptist Church. This movement deserves to be thoroughly investigated. I am convinced that once this happens, others will be less likely to be sucked into their pernicious, soul killing, damaging beliefs. We now know, thanks to Doug Phillips’ sex scandal and Bill Gothard’s sex scandal, that these beliefs can and do lead to gross manipulation and abuse of others. These kind of churches give the appearance of being safe places for families and children. In some cases, they are anything but. Underneath the manipulation and abuse is a Bible that is used by men to control others.

May 20, 2014
Quoting Quiverfull: Michelle Duggar Doesn't Trust in God For the Size of Her Family After All?
Next Post

May 21, 2014 Quoting Quiverfull: Love is Not an Emotion?
Recent Comments
13 Comments | Leave a Comment
Browse Our Archives
get the latest from
Nonreligious
Sign up for our newsletter
POPULAR AT PATHEOS Nonreligious
1