Debunking Fundamentalist Christian Myths: Is College Worth the Cost 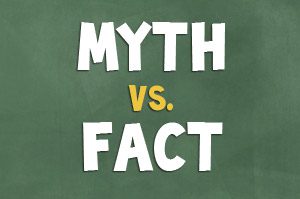 by James C. Titkemeyer, husband of NLQ Admin Suzanne Titkemeyer and economist at the Bureau of Labor Statistics. Republished from the Monthly Labor Review by permission.

(Editor’s note: We will be posting articles debunking some of the assumptions held by the fundamentalist evangelical wing of Christianity.  Many homeschooling proponents such as Kevin Swanson, Ladies Against Feminism, the Pearls and others believe that education should end with graduation from homeschooling high school coursework and that college is not necessary. The facts do not support their belief in no college.)

College: is it still a smart investment?

It’s the end of the school year, and that means graduation from college for millions of Americans. Are the benefits of that diploma still worth the higher and higher costs of getting it?

That is the question Mary C. Daly and Leila Bengali pose in their May 5, 2014 article, “Is it still worth going to college?” (FRBSF Economic Letter, Federal Reserve Bank of San Francisco).

To answer it, Daly and Bengali use data from the Panel Study of Income Dynamics (PSID), a longitudinal survey of a nationally representative sample of individuals from 1968 to the present, from which the authors map educational attainment against income. On the basis of those data, Daly and Bengali calculate the college premium, which they define as the “…difference in mean annual labor income of college graduates in each year since graduation and earnings of high school graduates in years since graduation plus four.” That premium is then converted into 2011 dollars, adjusted for inflation using the Consumer Price Index, and displayed in charts both by year (1968–2011) and by age cohorts grouped by decade of graduation (1950s–1960s, 1970s–1980s, and 1990s–2000s).

Although noting that the education premium has fluctuated over time, the authors conclude that college graduates (excluding those with advanced degrees) earned $20,300 per year more on average than high school graduates over the entire period (1968–2011), a “premium” of 57 percent in wages. In 2011, the latest year for which data were available, these figures were $20,050 and a 61 percent premium, respectively.

Daly and Bengali next examine the cost of a college education to ascertain the breakeven amount of annual tuition that would make one indifferent between going to college and entering the workforce after high school graduation. To simplify their analysis, they use the following assumptions: 1) college lasts 4 years, 2) students enter college directly from high school, 3) tuition costs are the same all 4 years, and 4) students have no earnings while in school. Daly and Bengali factor in the additional years of earnings by those who do not attend college and discount future earnings by 6.67 percent, which, they state, was the average rate of return on an AAA bond between 1990 and 2010. To keep the calculations current, Daly and Bengali use data from the 1990s and 2000s. The results indicate that the breakeven point for the college graduate in those two decades, who on average paid an annual tuition of $21,200, is 38 years of age (20 years after high school). Beyond that age, a college graduate can expect to earn $830,800 more than a high school graduate over the course of a lifetime.

Part of the reason for the higher earnings of college graduates, according to BLS statistics cited by the authors, is that unemployment rates for high school graduates are about twice as high as those with college degrees.

The authors conclude that the time and money spent to make college more accessible to more people would be well spent.

Read everything by James C. Titkemeyer!

James Titkemeyer is a writer and editor for one of the federal government’s oldest publications. He lives and works in the Washington DC area, is the father of two wonderful kids and he loves his fantasy sports. He and Suzanne have been married for 28 years now.

June 10, 2014 Preparing To Be A Help Mate: God Needs Our Prayers - Part 2
Recent Comments
6 Comments | Leave a Comment
Browse Our Archives
get the latest from
Nonreligious
Sign up for our newsletter
POPULAR AT PATHEOS Nonreligious
1

Nonreligious
Will America be Safe from COVID by Halloween?
No Longer Quivering