News: This Week in Christian Abuse, Perversion and Extremism 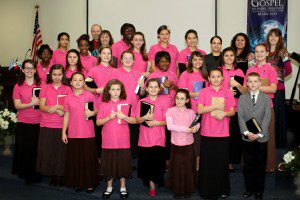 An Okaloosa County Judge’s refusal today to uphold a custody/visitation order presented to him is preventing a mother who traveled from Nevada from being with her 14 yr. old child. The child is unwillingly held and allegedly being hidden from her mother and local law enforcement at the Marvelous Grace Girls Academy located at 3111 Zepp Lane in Pace, Fl.

Marvelous Grace is directed by a man named Steven Blankenship.

In God’s Name: Abuse At Religious Group Homes In Florida

Florida “homes”, and other such facilities nationwide, as well as hard-data outlining the terrible reports of child physical and sexual abuse alleged and officially reported by former residents of these group homes.http://www.heal-online.org/newbegrab.htm

This mother traveled many miles to retrieve her child from the father for their summer, court-ordered visitation only to find out that the father, without her knowledge, had enrolled their child in a confirmed abusive and unlicensed facility, willfully violating the court order by refusing to allow the visit. It has been recently disclosed that the father is a Deputy with the Okaloosa County Sheriff’s Department.

Robert Norton, a fourth grade teacher at Izard County Consolidated School District in Brockwell, Arkansas and  pastor of Franklin Baptist Church (no website) , has been arrested and charged with 24 counts of possession of child pornography. The Baxter Bulletin reports:

A former fourth-grade teacher at Izard County Consolidated School District, who also served as a pastor at Franklin Baptist Church for many years, has been charged on 24 child pornography counts, according to Izard County Sheriff Tate Lawrence.

Robert Jackson Norton, 52, was arrested after an investigation in which the Izard County Sheriff’s Office assisted the Arkansas State Police, the lead agency in the case, according to Lawrence. Authorities say Norton downloaded child pornography on his home computer.

Norton, of Sage, is being held in the Izard County jail in lieu of a $240,000 bond, according to Lawrence. Were he to be convicted on all charges, Norton could be sentenced to spend up to 240 years in prison and be fined up to $240,000.

Jackson resigned his positions as a teacher and a pastor, according to Lawrence…

…”He was a preacher at Franklin Baptist church for years and years. He had an impeccable reputation. He is Tate Lawrence’s brother-in-law — the sheriff’s brother-in-law even. I couldn’t have been more shocked,” Walker (school superintendent)  told The Bulletin. “It’s one of those deals where it’s a person you’d least expect it of. He’s not been found guilty, I’m not saying that, it’s just hard to believe.”…

Balyo was arrested on charges of first-degree criminal sexual conduct.

He was arrested around 11:30 a.m. Friday at the Big Ticket Festival, a Christian music gathering near Gaylord. The arrest was made by officers with Homeland Security Investigations (HSI), Michigan State Police, and the Battle Creek Police Department.

Authorities say Balyo allegedly paid another person, who is a defendant in another child exploitation case, to arrange for sexual encounters with minor victims. Further details are being withheld until Balyo appears in court.

Authorities say the investigation was conducted under HSI’s Operation Predator, an international initiative to protect children from sexual predators.

As Cooley Law professor and human trafficking expert Chris Johnson explains it, Balyo is accused of being a customer.

“I think the terminology would be a ‘John’ — that in itself is not going to be human trafficking,” Johnson said. “The person he went to in order to secure the child would be the one who would be guilty of human trafficking.”

Earlier this month when police raided Moser’s home, they say they found him with a 12-year-old boy and confiscated child pornography.

Professor Johnson says pimps with prostitutes who are underage are not uncommon.

“Many times when you do have a brothel that’s raided, you do end up finding child victims, unfortunately, that are involved in the commercial sex trade…according to the Department of Justice, the average age a person enters prostitution in the United States is between the age of 11 and 13 years old, so there is quite a prevalence of people who have sexual appetites with children.”…

Finally, Nigerian pastor, Timothy Ngwu, impregnated 20 women in his church/ According to police:

“the pastor claims to be obeying prophetic/spiritual injunction to do the will of God, which is to impregnate any one chosen and revealed by the Holy Spirit, irrespective of whether the woman is married or not.”

The Police in Enugu State have arrested one Timothy Ngwu, the General Overseer of Vineyard Ministry of the Holy Trinity, located at Ihe/Owerre, Nsukka in Enugu State.

Before his arrest on Friday, the self acclaimed Pastor, who said he was obeying God’s command, has put no less than 20 members of his church in a family way.

DailyPost gathered that Ngwu does not spare married women in his evil act….

When the woman is delivered of the baby, the child remains in the ministry with the mother for life”.

Amaraizu added that “Vineyard Ministry of the Holy Trinity, located at Umudikwere, Ihe/Owere Nsukka in Enugu was not known until DSP Gloria Udoka and her operatives from the Anti Child Trafficking unit of the state criminal and investigation department, stormed the place based on the complaint they received from wife of the Pastor, Veronica Ngwu, bordering on sexual abuse of people in the ministry, which has brought about indiscriminate pregnancy among married and single women in the ministry.

“According to Veronica, her husband used to be a well known catechist in Nsukka Catholic”.

It was further disclosed that while acting under the same alleged will of God, the Pastor got his wife’s niece pregnant.

“Some of the members’ wives are now living with him after he impregnated all of them”, the statement added.

Reacting to the allegations against him, the General Overseer stated that he has about five wives with thirteen children, apart from other concubines, who came as a result of the prophetic will of God.

He claimed that he does not do anything with any married woman until full consent and agreement is reached between him and the husband in line with the directives of the holy Spirit.

Calista revealed that she is married to her husband with ten children, and that she was impregnated by Timothy, though the baby later died.

She further disclosed that she also gave her daughter out to the General Overseer to be impregnated in fulfillment of will of God.

Assumpta Odo also confirmed the development, pointing out that she is also married with eight children and that the pastor impregnated her as well as her daughter

June 26, 2014 Preparing To Be His Help Meet: Creative Interpretations of the Book of Ruth
Recent Comments
0 | Leave a Comment
""As governor of Indiana he drug his feet on actions to stem the rise of ..."
Desperate Ambrose When Quiverfull Beliefs Run Public Policy: ..."
"I am seeing that on Amazon. Masks that go for ten cents each here listed ..."
Suzanne Harper Titkemeyer When Quiverfull Beliefs Run Public Policy: ..."
"That's the best choice."
persephone Don’t Find Yourself?
"Honestly, Doug here has no idea how little I care about his opinion. My husband ..."
Whitney Currie Don’t Find Yourself?
Browse Our Archives
Follow Us!