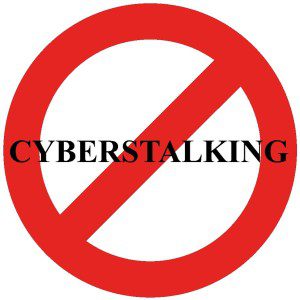 from Orthodox-Christian.com reposted with permission

(Editor’s note: While this article is about stalking laws in the state of Illinois most states do have in  place very similar anti-stalking laws. Check with your specific jurisdiction for what laws apply in your state.)

Cyberstalking is a nightmare, no matter who is doing it to you. It’s always bad, but I think it’s really “sick and twisted” when it’s done by people who are supposed to be religious leaders. You probably already know that some churches and groups are cults in disguise. Sometimes cult escapees find that the leaders don’t want to let go of them.

These leaders continue to harass them long after they’ve left the group. Sometimes it’s through phone calls, emails, text messages, facebook chat boxes. This is cyberstalking by clergy. Sometimes the harassment is done in person and the stalker shows up at or near the escapee’s place of work, new church, or home. I’ve become friends with some people who have left cults and cult-like churches, and we’ve had discussions about these kinds of experiences. I tip my hat to them. They are strong survivors, all.

Cyberstalking may include direct threats, but doesn’t always. Sometimes the person has reason to be fearful or shaken up even though a direct threat hasn’t been made. Sometimes just the experience one has had with the stalker is enough for them to be worried about harm.

Cyberstalking by clergy often includes threats that go beyond this life: telling you that you’re in spiritual danger if you don’t mend your ways (and by “mend your ways” they mean coming back to them). Some people are not bothered by threats of hell, but others are deeply disturbed by them.

If you’ve been harassed, you may be able to put a stop to it through legal channels—criminal, civil, or both. In Illinois, for example, cyberstalking is a Class 4 Felony. The following paragraphs are from the Illinois General Assembly website. See the site for the rest of this section of this law.

Cyberstalking by clergy is a crime

Here’s my interpretation of what the Illinois General Assembly says (again, consult an attorney for legal advice): Threatening or alarming someone just twice via facebook, email, or text messages, after that person has told you to leave him/her alone, is a felony. Sending someone else to do it for you is legally the exact same thing as doing it yourself.

The Reverend then succeeded in getting other people to contact Tim even though Tim made it clear that he didn’t (and still doesn’t) want to be contacted anymore, even though each mention of the Reverend’s name sends Tim into a tizzy.

Even if the person harassing you is a pastor, deacon, or priest (a person who is supposed to be godly), it is still a crime—a major crime. You have the law on your side, and you have the right to prosecute stalkers, including the cyber kind. Please keep yourself and your loved ones safe, physically and emotionally.

You have the right to conduct yourself online, and to feel safe while doing it. Cyberstalking by clergy or anyone else doesn’t have to be part of your life.

To clergy and other leaders: If someone leaves your “fold,” you may choose to contact them one time. If they indicate that they don’t want you to contact them anymore, leave them alone. If you contact them again, you may be breaking the law. If someone wants to leave, let them go! Bless them and leave them in God’s hands. Then stop talking about them, because according to Illinois law, that counts, too.

Facebook is just one of the avenues a stalker may use. Fortunately, the block feature exists for the purpose of preventing someone from further contacting you on there. It doesn’t prevent them from sending their friends to harass you, however. You’ll have to block each person as it occurs, and you also have the option of reporting them to facebook.

Yes, it may be upsetting each time it happens to you. You’re minding your own business, catching up with friends or managing your enterprise, and someone pops up out of the blue to remind you of that person or group of people, or to order you to “reconcile” with them. If you’ve been traumatized enough, it may be sufficient to trigger an anxiety attack or PTSD episode.

You don’t have to be shaken for long, though. That’s why block and report exist. Perhaps one day facebook will allow users to block all of the friends of a particular person at once, to save you the trouble of handling one at a time as they join in the harassment of you. Until then, it’s whack-a-mole. Please stay as safe as you can.

-This post is dedicated to all survivors of spiritual abuse and cyberstalking.