It’s Life Jim, But Not As We Knew It 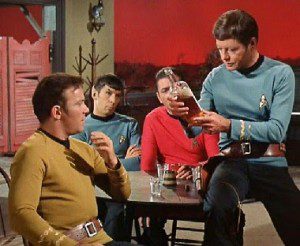 It’s been one and a half years since my husband and I decided we couldn’t take it any more.

18 months since we officially said, “No More!”

No more pain. No more abuse.

And we walked away from life as we’d known it.

Away from ‘going to church’. Away from ‘doing’ church. Away from an institution that used to mean safety, security, religious observances – but  had come to represent wounding and rejection and judgment and grief and fear and heartbreak and loss.

We started a journey into the unknown.

And it’s been hard and lonely at times, but I’m so glad we did.

It’s not that we have all the answers now. In fact far from it. We seem to have less certainty than we’ve ever had before. But we’re finding peace in that.

We’ve questioned many of the things we were taught to believe and found them lacking. We’ve discarded the man-made traditions and committed ourselves to following the Spirit – wherever that might lead. We’ve cast off the need to perform or comply with other people’s expectations.  We’ve claimed our freedom.

We chose the Red Pill, and just like Neo, we woke up to a world we’d never known before.

And it’s scary and disorienting at times. But we’re learning to live in it.

We’ve found that God will not fit in a box – not even a ‘church-shaped’ box. That his love is better and greater and deeper than we’d ever known. That Jesus’s rebukes were for the religious leaders who, convinced of their own righteousness, used their religion to hurt people. That the Spirit, like the wind, cannot be controlled and will not be constrained.

That if we live in fear and seclusion to keep ourselves ‘safe’ and ‘pure’ then our god is not big enough.

We are certainly experiencing a new and different life. But definitely not as we knew it!

July 6, 2014
Quoting Quiverfull: It's Not Called a Uterus?
Next Post

July 7, 2014 Quoting Quiverfull: Anger is Always Wrong?
Recent Comments
1 Comment | Leave a Comment
"This is late, partly bc of my preoccupation and partly bc I'd been slowly reading ..."
Jennifer Serena’s Serenity – Luxury Hotel, Birthing ..."
"Thank you for your commitment to truth and love, Suzanne. Best wishes to you and ..."
Meredith Anne Not a Goodbye, More of a ..."
"For what it's worth, I've learned a lot from you about a Very Creepy movement ..."
Gwen Pryce Not a Goodbye, More of a ..."
"Unfortunately, this kind of satire (if it even is satire) is what gives Christianity the ..."
Emily Is Biblical Gender Roles a Big ..."
Browse Our Archives
get the latest from
Nonreligious
Sign up for our newsletter
POPULAR AT PATHEOS Nonreligious
1