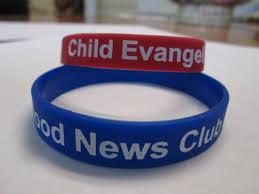 It looks like the “Good News Club” run by Child Evangelism Fellowship is training and organizing to proselytize to children specifically in Portland, Oregon parks and pools and in other communities without the consent of those children’s parents.  Turns out the Supreme Court has ruled that this  group’s activity on school grounds is legal, so it goes without saying that they are allowed to approach children in parks and other public places children gather.

Good News Club/Child Evangelism Fellowship is associated with Ken Ham of the Creation Museum and the Answers In Genesis Ministry. This is what Raw Story had to say about their link and the focus of CEF – Portland Parents Figh Christian ‘Extremist’ Club Trying to ‘Harvest’ Kids at Public Parks

The fundamentalist group is associated with creationist Ken Ham, head of the Answers in Genesis ministry, who claims their mission is part of a spiritual battle dating back to the temptation in the biblical Garden of Eden.

“If all life arose by natural processes, and there was no God, why would people even care what others were taught?” Ham said. “After all, for the secularists, when they die they will cease to exist—and in their belief system, they won’t know they even existed—so why should they care what is taught to children?”

There is an organized group in opposition to CEF that says what CEF is selling is the notion that everything is ‘sin’, unnecessary guilt tripping children at a very young age. Here’s what the group Intrinsic Dignity had to say about CEF and their tactics.

The Club’s dominant theme is sin.  Its 5-year curriculum includes over 5000 references to sin, compared to less than 2000 references to “love.”  Spread over 120 one-hour lessons, a child can expect to hear a reference to “sin” approximately every 90 seconds.

Each lesson uses a black heart to vividly symbolize a child’s inner self.  The black heart impresses children with a deeply personal sense of their own inadequacy and sordidness.  “You were born with darkness in your heart because of sin,” says one lesson on blind Bartimaeus.[3]  “Your heart (the real you) is sinful from the time you are born,” exclaims a lesson on the golden calf.[4]

The Club frequently reminds children that they are “deceitful,” “dishonest,” and “desperately wicked.”[5]  A lesson on Cain and Abel warns: “your heart is very sinful…. You may think you’re pretty good, but when God sees your heart He sees it is full of sin.”[6]  Another lesson on Jacob and Esau declares: “Others may think that you are a good person, but God knows what you’re really like on the inside.  He knows that deep down you are a sinner–you were born that way.”[7]  “God says none of us are good,” explains a lesson on God’s omniscience.[8]  Even the concept of redemption is used to deprecate children.  “As Jesus hung on the cross, God punished him for your sin and your deceitful heart.”[9]

In one curriculum exercise, a teacher hangs a sign labeled “SIN” around a child’s neck.  The teacher explains, “[s]ome children try to deny their sin.  They say they never do wrong things.  But is that true?” No, the children reply.  The teacher continues, “He may not think it’s there, but God says it and you can be sure that other people see it too!”[10]

And from The Parenting Guru’s defunct site:

“You may wonder why a writer about fundamentalism is interested in all of this.  As a child I attended a Child Evangelism Fellowship Bible Club.  It was full of five to nine- year olds.  Every week, we sang songs, did crafts, all kinds of fun stuff. Then they got out the heavy guns.  We were sinners and God had a place for sinners.  We were all going to Hell.  If we didn’t know what that was, well they made sure they told us. What impact does it have on a six- year old to be told that s/he is so bad s/he is worthy of Hell?”

What you do think? Should religious groups with extreme views be allowed to push religion on children in public places?

July 31, 2014 Quoting Quiverfull: Men Only Should Pee Standing Up?
Recent Comments
12 Comments | Leave a Comment
Browse Our Archives
get the latest from
Nonreligious
Sign up for our newsletter
POPULAR AT PATHEOS Nonreligious
1