Preparing To Be A Help Meet: The Prophet: Part 4c

Preparing To Be A Help Meet: The Prophet: Part 4c July 12, 2014 Suzanne Titkemeyer 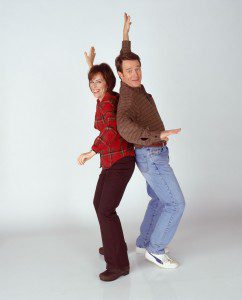 Finally, at long last, Debi graces us with actual tips on how to live with a Prophet/Visionary man.

“If you marry a Visionary Man, learn to enjoy the trip, for if he ever makes a better light bulb, he will want you to be the one who turns it on for the first time in public.  It will be your face he looks into to see the marvel of what a great thing he has done.  You are his most important fan.  When you know your man really needs you, you can be happy with just about anything.”

Start taking acting classes, ladies!  Remember, you need to look enthusiastic even if the invention/idea is absolutely awful.  If you keep acting long enough, you might even believe it yourself!

“Prophet/Visionary Man will not notice what he eats, so don’t be offended when he doesn’t seem to appreciate your fine cooking. ”

Sweet!  I read this as an explicit permission from Debi to order pizza regularly.

“What he does appreciate is your interest in his present project – not your opinion or even your input – just the light in your eyes as you listen to him tell his newest wild idea.”

Um.  So wives just need to sit there and look glowingly at EVERY idea…. got it.

“Prophet/Visionary Man will talk and talk and talk to his honey if she approves of him.  He will be subjective, thinking about feelings, moods and spiritual insights.  One of his greatest needs will be for his wife to think objectively (proven truth) and use common sense, which will help keep his feet from flying too far from the solid ground. “

Now, when I think of Visionary/Prophet men, I think of guys like Hal from Malcolm in the Middle.  Hal is a genuinely nice, kind husband and father who has some totally insane ideas.   His wife, Lois, lets him go crazy on ideas that are harmless and stops ideas that will bankrupt the family.  Debi should watch a few episodes of Malcolm in the Middle to learn a different way of dealing with her husband.

“Every small issue will become mind-consuming, and he will need his wife to casually talk about the big picture and the possible end results of relationships, finances, or health if he continues to totally focus on his present interest.  His sweetheart needs to stay in a positive state of mind, yet not jump into his make-believe world, trying to be too much of a cheerleader on dead-end issues.  Let him burn out on things that are not wise, but don’t throw water on his fire.  Let him find his own balance through bumping into hard realities.”

Wow.  That is really vague and contradictory advice.  Debi’s advice is:

“Prophet/ Visionary Man’s focus is so intense that matters can easily be blown out of proportion.  A wife must guard against negative conversation about people.  An idle conversation by her can bring about the end of a life-long friendship.  This is true with all men, but especially so with a Prophet.  By beginning before you marry, you can learn not to be instrumental to Satan’s arsenal in sending fiery darts to your husband.”

If an adult man can’t discriminate between his spouse blowing off steam and talking about a real problem that can end a friendship, then that man should not marry or have friends.  It’s just too hard for him.

Anyone else notice that we’ve been given a reprieve from heavy-handed Bible verses?  Debi has lots of vaguely religious imagery, but no actual Bible quotes since she’s making this part up as she goes.

“A Prophet-natured man, with his tunnel vision, might spend money unwisely, leaving his wife feeling insecure.  To stay happy with this man, you must remember that your treasure is not of this world.  Treasure your husband and children and don’t mourn the loss of monetary things.”

In other words: Only worldly people care about making sure that their children have enough food to eat when they move into the middle of nowhere.  After all, it’s not like parents have any sort of responsibility to their children, right?

“Prophet/Visionary Man needs a lady who does not take offense easily.  She needs to be tough.  He needs his lady to be full of life and joy.  His lady will need to tuck in that quivering lip, square those shoulders and put on that smile.”

For the love of God, do not show how his reckless ways affect your family!  Your job is to enable his out-of-control ways.  The best way to do that is to stuff all your emotions deep down inside and NEVER let them out.

Sounds like a marriage made in heaven….or by those angels.

One last post in this chapter ahead: How to deal with your in-laws.

AntiPearl: Phase 2 of the system Hal and Lois have created to deal with Hal’s great ideas.

(Backstory: Hal has taken up “Jump, Jump, Dance” which is a spoof on “Dance Dance Revolution.  He’s obsessed.  Hal and a friend, Craig, are practicing an entire dance routine in the middle of Hal’s living room when Lois comes in dressed in a bathrobe)

Hal: These dance shoes have really helped my Kick Turns.
Totally worth the $150.

Lois: It’s five o’clock in the morning. You’ve been up all night.

Hal: Honey, I know you think this is silly, and that I’ve just gone off the deep end again, but this isn’t like the other times. I have a gift, Lois. And it would be wrong for me to turn my back on that.

Lois: Right. I see we’ve entered phase two. Which is fine, as long as you follow the rules.  You have to go to work. You have to eat.   You cannot involve the children.

July 13, 2014 Quoting Quivefull: Zealous Motherhood?
Recent Comments
15 Comments | Leave a Comment
"This is late, partly bc of my preoccupation and partly bc I'd been slowly reading ..."
Jennifer Serena’s Serenity – Luxury Hotel, Birthing ..."
"Thank you for your commitment to truth and love, Suzanne. Best wishes to you and ..."
Meredith Anne Not a Goodbye, More of a ..."
"For what it's worth, I've learned a lot from you about a Very Creepy movement ..."
Gwen Pryce Not a Goodbye, More of a ..."
"Unfortunately, this kind of satire (if it even is satire) is what gives Christianity the ..."
Emily Is Biblical Gender Roles a Big ..."
Browse Our Archives
get the latest from
Nonreligious
Sign up for our newsletter
POPULAR AT PATHEOS Nonreligious
1