About Moving On. Or Not

About Moving On. Or Not August 14, 2014 Suzanne Titkemeyer 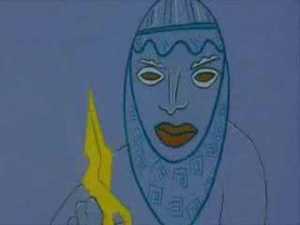 I am no longer a bible-believer.  I suppose it shouldn’t bother me that some christians suppose I was never “saved” or never understood the gospel.  But I was and it does.  For an awfully long time I believed the bible and poured more energy into my supernatural beliefs than most people put into anything besides the Almighty Dollar.

I have published a book describing my exodus from the faithful flock, my journey out of and reflections on christianity.  With the swipe of an ink pen I have signed my name to dozens of copies of this book, sealing the agreement that I must, perhaps forevermore, engage with people on the subject.  I could have just told my friends, family and blog readers that I was done with christianity and was moving on, is anything else they’d like to talk about?  There’s that supernova in M82 a few months ago that was pretty awesome.  And yeah, I think we should raise minimum wage.  Can we do something in America about teen pregnancies?  Who wants to learn permaculture homesteading with me?

Alas, no.  I stand before the world an opinionated ex-christian atheist.  A secular humanist.  Bring on the controversy, bring on the accusations, bring on the appeals and condescension.
A close member of my family was the first.  I’d called to tell her I was divorcing and explained, in the rocky course of an awkward conversation, that I no longer believed in the bible.  Did she offer sisterly consolation and comfort during this most trying time in my life?  Nada.  From her perch on high she suggested that I had never really been saved, never really trusted God, was always so caught up in all those biblical laws that I had missed the saving grace of Jesus.  It was something between a plea and an accusation, some of the most condescending words I had ever heard.  I didn’t even know what to say and ended the conversation quickly.

Others followed.  There was the lady with whom I used to do business but hadn’t seen in two years.  She hugged me and said she was so glad I was no longer keeping the Sabbath, that that road of bondage could only end one way.  She had watched me and seen this coming.  Jesus’ yoke is easy, she said; there is freedom only in Christ, she said.  I took an absurd amount of delight in explaining to her that I hadn’t actually come around to her way of thinking; I’d really gotten free; free from the whole kit and kaboodle; no bible, no god.  Hmm, I’d never seen her speechless before that.
For the most part, mainstream christians who never understood why I strove to keep the Torah (the instructions of God found in the old testament), all say the same thing.  They all say it’s no wonder I think the bible’s a disaster and that my faith is gone; I’d been doing it wrong.  Maybe I was never even really saved.  They say this to my face; I can only imagine what they say to each other as they gossip and pray over me.  I don’t lose sleep over it, but I wonder.

And this puts me in a very interesting position.  I want to defend myself.  It truly bothers me that people don’t understand me and I find myself wanting to make them see.  I end up expending gobs of emotional and mental energy coming up with ways to explain that I didbelieve in Yehovah God, I did believe every word of the bible, I did live my life in accordance with his will (as best as I was able) and, except at the very end, I did believe in the saving blood of Yeshua/Jesus, his atonement and forgiveness.
But what the heck am I doing?!  I am free of the bible!  Free of christianity!   Am I trying to convince people that I believed what I believed so I can convince them that I no longer believe it?  Really?  I guess in a way I am trying to validate my experiences.  If they don’t believe that I was sincere, my deconversion means nothing.
I don’t know what to do with that.  I don’t want to just not engage people and I don’t want to be condescending in return.  Most of these people are sincere and deserve my sincere attention (“we’re all just humans trying to find our way”—my mantra).  The bible, God, faith; it doesn’t mean anything to me anymore, but it does to them.  I think they don’t realize how they sound to me.  I want to meet them where they are and carefully explain where I was, where I am, to respect their position and have mine respected, but it gets so damned tricky.

Maybe my deconversion actually does mean nothing and I need to let it go.  Maybe I can learn to just smile and bring the focus around to something that matters.  I’ve engaged in enough theological and doctrinal discussions in my time to a) last me a lifetime and b) know it doesn’t get you anywhere.  I now have the freedom to brush past the details and either chip away directly at the roots of the bible and religion, if I’m feeling aggressive and well matched in my conversational partner, or completely redirect the conversation to focus on the aspects of humanity we have in common.  Or maybe a middle-ground; the things religions have in common.
One thing I know:  I don’t want to spend the next fifteen years explaining and defending my religious experiences.  Life’s too short.  I don’t have to ignore or deny it; it’s a part of me and always will be.  But there’s more.  And it will take a concerted effort on my part to put more of myself out there.  How would you like to get to know Kaleesha the Mother?  Kaleesha the Gardener?  Kaleesha the Philosopher?  Kaleesha the Astronomer?  Kaleesha the Lover?   Kaleesha the Crazy Goat Lady?  The options are unlimited.

Kaleesha has a new book out right now “Free To Be” about her journey out of being an unhappily married Bible believer to being happy and free. It’s available through her website and at Amazon.

Read everything by Kaleesha Williams
Kaleesha Williams accomplishes her musing, writing, and goat-wrangling
in rural southeastern Missouri–that is, when she has time between
homeschooling and adoring her seven children, gardening, making goat
milk soap, planning projects with Denny, and trying to get her
sourdough English muffins to cook up properly.

Kaleesha has been blogging for over ten years and has written for
various farming and astronomy magazines.  You can check out her newest
book, “Free to Be:  How I Went From Unhappily Married Conservative
Bible Believer to Happily Divorced Atheistic Humanist In One Year and
Several Complicated Steps” at her website, www.kaleeshawilliams.com.

You can also keep up with her on Facebook.

August 14, 2014
Quoting Quiverfull: Do It For The Menfolks?
Next Post

August 14, 2014 Preparing To Be A Help Meet: The King Part 5
Recent Comments
9 Comments | Leave a Comment
"This is late, partly bc of my preoccupation and partly bc I'd been slowly reading ..."
Jennifer Serena’s Serenity – Luxury Hotel, Birthing ..."
"Thank you for your commitment to truth and love, Suzanne. Best wishes to you and ..."
Meredith Anne Not a Goodbye, More of a ..."
"For what it's worth, I've learned a lot from you about a Very Creepy movement ..."
Gwen Pryce Not a Goodbye, More of a ..."
"Unfortunately, this kind of satire (if it even is satire) is what gives Christianity the ..."
Emily Is Biblical Gender Roles a Big ..."
Browse Our Archives
get the latest from
Nonreligious
Sign up for our newsletter
POPULAR AT PATHEOS Nonreligious
1