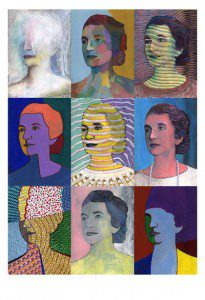 The lack of truthful information in the Quiverfull movement is breathtaking. Comparing Margaret Sanger to Hitler is classy and lacking any deeper understanding of who Hitler or Margaret Sanger actually were.

Margaret Sanger knew. She had decided that women needed to be like men, not that she wanted to grow a beard, she just wanted to be able to “have fun” without consequences. In her mind, children were the enemy; they were like weights wrapped around the ankles of females.

Besides wanting to live a sensual, unbridled life, Sanger also believed in the Eugenics ideal that certain people (such as Jews and blacks) did not need to be born because they would “contaminate” the gene pool. This made her a great chum of Hitler, but no one seems to remember this when her name is mentioned today…

This is where the pill came from. It was not invented by a group of Christian doctors who wanted to help women to be free from their horrible “plight.” No, oral contraceptive development was funded by a woman who advocated murdering babies, even after they were born, and who applauded genocide.

So, I guess you could say I know what the pill is for. I wish more people knew the truth.

August 26, 2014
Quoting Quiverfull: So Being 'Properly' Submissive Will Protect You From the Doug Phillips of This World?
Next Post

August 27, 2014 Quoting Quiverfull: Don't Report Abuse in Homeschooling?
Recent Comments
48 Comments | Leave a Comment
Browse Our Archives
get the latest from
Nonreligious
Sign up for our newsletter
POPULAR AT PATHEOS Nonreligious
1