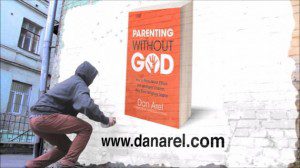 by M. Dolon Hickmon, author of ’13:24- A Story of Faith and Obsession’ cross posted from The Freethinker

Parenting Without God (2014, Dangerous Little Books) is the highly anticipated first book by Dan Arel, a secular firebrand best known for his science reporting and op-ed pieces on secular parenting, humanist values, and church/state separation. In addition to writing freelance for Alternet and The Huffington Post, Arel pens a regular column in American Atheists Magazine.

Given the author’s reputation as a debater, one might expect Parenting Without God to offer a pointed critique of the Christian approach to parenting. However in this brisk little book, Arel resists the urge to engage his detractors and instead “preaches” directly to the “choir” of atheist parents.

The result is a bounty of practical advice, including ways for parents who are not religious to address issues like death, sex, and morality. Arel does take the time to outline a few of the pitfalls of religious parenting, including reliance on harsh corporal punishment and the deliberate cultivation of guilt, shame and sexual neuroses; however, these passages are not argued but rather presented as statements of fact. For those who harbor no secret doubts about their decision to parent apart from a church, Arel’s lack of defensiveness should prove refreshing and confidence-inspiring.

Few words are spent describing Arel’s own moderately religious childhood, but what he does say seems to reflect a basic lack of personal spiritual trauma. This does not soften the author’s zeal for humanist ideals, but rather appears to lend balance to his vision:

[One’s] duty as a parent is not to raise an atheist but to raise someone with the tools to come to their own conclusions towards the world.

While allowing that children have the ultimate right and responsibility to choose their own faith, Arel does not shy away from calling out abusive religious practices, as when he discusses the nine year old bride of the prophet Muhammad and the occasionally deadly child-whipping advice of bestsellingChristian author Michael Pearl.

In his aptly titled first chapter, Arel pins down what may be the chief problem for secular parents: Dealing with Religion. Through a progression of well-organized segments, Arel offers practical tools for insulating and inoculating one’s children from the religious influences that permeate our culture.

He discusses peer pressure, religious in-laws, and the presence of proselytizers (like the Good News Club) in public schools. He offers tips for exposing kids of all ages to hands-on science education, and suggests exercises that encourage young people to reason, ask questions, and demand evidence.

The third section – Get Active – widens the lens to consider ways that secular parents can carve a path that makes parenting without God easier for atheists now and in the future. Here again, Arel offers actionable ideas that range from running for office to calling out inappropriate religious instruction in your own child’s classroom.

The final section consists of a series of essays on parenting from other non-theists, interspersed with a thoughtful minimum of commentary.

As the father of an almost three year old daughter, I found this book to be especially timely and relevant. My own childhood was deeply marred by my parents’ involvement with the Baptists and Pentecostals. For me, those early religious experiences were marked by toxic fear, shame and guilt, in addition to the psychological devastations of religiously motivated physical abuse.

There is nothing that I could want less for my daughter. Yet, if Parenting Without God has a central message, it is that knowing what you are not going to do isn’t a plan. For children to succeed, parents must offer them a better, truer view of history, the universe, morality and themselves.

A parent himself, Dan Arel humbly acknowledges the uniqueness of each parent’s task:

No two parents are the same. I cannot expect that everything that works for me can work for you, but I hope that I can light a spark.

This sense of child-rearing as a process of discovery permeates Arel’s book from beginning to end and is, I believe, what truly differentiates the secular ideal from the rigid prescriptions of religious parenting.

Though not a comprehensive manual, Parenting Without God provides an impressive treasure map of ideas and resources for conscientious parents who are already convinced of their own atheism.

• Writer and activist M. Dolon Hickmon examines the roots of religiously motivated child abuse in his debut novel “13:24 – A Story of Faith and Obsession“. 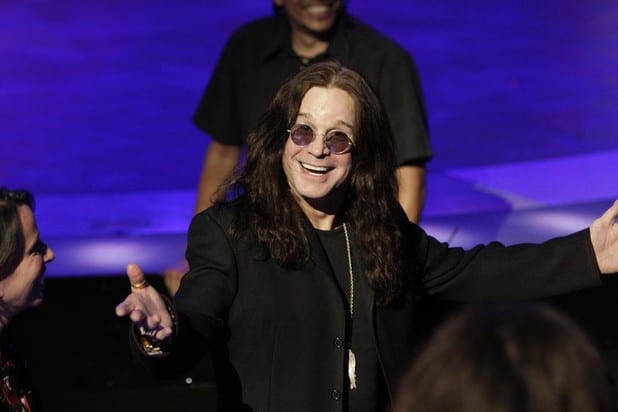