The Woman’s Place is on a Pedestal

The Woman’s Place is on a Pedestal August 18, 2014 Suzanne Titkemeyer 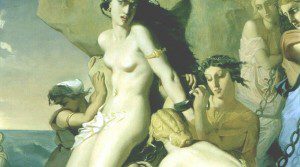 by Luna Lindsay, author of “Recovering Agency: Lifting the Veil of Mormon Mind Control” – a book on recovery from high demand religious cults that exposes the mind tricks and thought control that allows these religions to flourish in our modern times. Read a review of her book at The Freethinker written by M. Dolon Hickmon.

There is a woman: She stands on a pedestal and everyone adores her; she is beautiful, righteous, a nurturer; she is a mother, a wife, a special spirit chosen by God to be born in the last dispensation to usher in the coming of Christ. She is a daughter of God and through her virtue and obedience she will go home to live with Him for eternity. She is subject to no one but her husband, to whom she is a better half and a helpmeet. She is also an assistant for her Bishop, her Stake President, her other Priesthood leaders.

This woman beams at their flattery and praise. She has a special mission and a special power: that of procreation. She raises-up righteous children in Zion. From atop her pedestal, she bakes cookies to minister to her fellow sisters and children. Never once does she look down to see the fetters on her feet.

This is Mormon woman, but if the terminology seems strange, it can be replaced with the words of almost any other faith: patriarch, heaven, end times, God’s Kingdom, and Proverbs 31 woman. The words themselves do not matter, because all patriarchal religions suppress women, using similar techniques.

I was raised Mormon, a peculiar and uniquely American religion. Like other fundamentalist sects, the Mormon Church remains permanently at odds with their competition, vying for converts by accusing other religions of deception. But I took pride in the peculiarity of my Mormon faith, the way a punk takes pride in her Mohawk or a hipster takes pride in his beard. I was proud to be weird, because scripture had instructed me to “be not ashamed of the gospel of Christ.” Moreover, I was pleased to be a humble servant of God in His one true Church.

Within the subset of all Mormons, I was raised to be a Mormon girl; a distinction that implied much about my place in the universe. My father was an engineer, and my mother a homemaker who was always curious about the world. Between their conflicting ideals and the inconsistencies I received from my church, I absorbed a steady stream of mixed messages. “You can be anything you want to be”… So I pictured myself a scientist, a concert pianist, a singer, or a novelist; …“As long as you get married, raise a family, and never work outside the home.” I pictured that, too; imagining that somehow both futures could be compatible.

In reality, these are a pair of conflicting Mormon commandments: Magnify your God-given talents, yet stay at home and raise a family. The contradiction should have reverberated like a timpani drum through my mind, but somehow both thoughts existed in the same brain. The church assured me that both were true; therefore, they had to be harmonious. Later, I would realize that they only seemed to fit because of church mind control.

The purpose of psychological manipulation is to soften cognitive dissonance, the uncomfortable feeling we get when one belief conflicts with another belief, a piece of information, an emotion, or experience. And because high-demand belief systems like Mormonism and Quiverfull are regular sources of strong dissonance, mechanisms must be put in place to squelch and transform it into the good feeling we get when everything fits: consonance.

As members of such groups, women get used to compartmentalizing and reframing; we become experts at accepting opposites as being true simultaneously. These skills not only help us stay sane within an insane culture, but also transform us into agents who can defend the system from outsiders. Ultimately, we become quite creative at answering the slings and arrows of the ‘unrighteous’.

For example, fundamentalist women are often told by outsiders that they are repressed.

The first time I faced this question, I was a 22 year old student. The accusation came from a close non-Mormon friend, who I’d met at college. The year was 1996; she was a liberal, a lesbian, and a feminist. I’d never met a feminist before, but I’d been taught that they were bad news. I accepted this young woman anyway. She was my friend, and we tolerated one another’s idiosyncrasies.

One day, she told me Mormon women were oppressed and that Mormonism was a sexist institution. I objected: “We are not repressed! We’re treated with respect. The leaders speak highly of women all the time. Even the prophet does.”

Just that year, our prophet stood in front of the entire congregation and addressed the women, saying: “What a resource are the women of The Church of Jesus Christ of Latter-day Saints. You love this Church, you accept its doctrine, you honor your place in its organization; you bring luster and strength and beauty to its congregations. How thankful we are to you. How much you are loved, respected, and honored.” (Gordon B. Hinckley, LDS General Conference, Oct 1996)

I’d been handed these ready-made answers, repeated in many variations since childhood. It made it easy to defend my church, and I left the conversation not merely unswayed, but actually feeling as though I’d won. It seemed as if I’d managed to convince her that LDS women had it pretty good. After all, the men loved us. They respected and revered our many wonderful womanly powers. How could we be oppressed when we were made to feel so special?

In truth, I struggled with certain Mormon teachings, including many expectations that didn’t fit well with who I am. But I had compartmentalized so many aspects of myself that when pressed, I did not have the presence of mind and self-awareness to recall how much I hated baking cookies; how terrible I was at sewing; how boring and monotonous I found cleaning; and how utterly lost I felt around children, even my own child. I’d often felt rejected by my fellow members, especially as a divorced single mother; but while debating my feminist friend, these were not the thoughts that sprang to mind.

I recalled the church’s praise without remembering the doctrines that followed such flattery. I didn’t recall the Prophet telling me that women should stay in the home, or that the instinct to nurture was automatic, sewn into fiber of my being by God Himself before I was even born.

Worse, I couldn’t see the contradictions in my own life. I was in school, learning how to fix computers. But I assumed I was merely biding time, making a living until I met Mr. Right. It wasn’t important that I actually enjoyed fixing computers. It didn’t matter that I was very good at it–much better, in fact, than I was at mothering. And of course, I couldn’t see that within the church, my value as a woman would always be framed in terms of how useful I was to men.

“Today you are seated with your husbands, men whom you love and honor and respect, and who in turn love and honor and respect you… Most of you are mothers, and very many of you are grandmothers and even great-grandmothers. You have walked the sometimes painful, sometimes joyous path of parenthood. You have walked hand in hand with God in the great process of bringing children into the world…” (Hinckley, 1996)

The unspoken message is that without men, and outside of our capacity to bear children, women are nothing. The church’s definition of goodness does not apply to a woman who is not something to a man.

Distracted by flattery, these incompatible pieces seemed to fit together in a tidy, logical way. I had no time or inclination to closely examine these beliefs, to compare them to one another, to notice the subtle and overt implications. My eyes were instead drawn towards the tasty tidbits being dangled from the high hand of The Brethren. But with my eyes turned upward, I couldn’t see the world around me.

Manipulators want their victims to feel special. Their constant flattery is at the core of a control technique that cult researchers have termed “Elitism.” It doesn’t affect only women, who are often on the lowest rung of the cult ladder. Men are also told they’re special. In the Mormon Church, men are even given spiritual powers: the power of the Priesthood, a mystical otherworldly gift to bless, heal, and minister to their families and congregations. But the Priesthood carries with it a tangible power as well, one denied to women, an ecclesiastical leadership that gives men a voice and the privilege of being heard by leaders who rank even higher.

Such powers are denied to woman. Looming above the children, she feels tall. But the ladder men climb soars far higher than her tiny pedestal. With her face turned ever up toward the men, she never sees the chains that bind her ankle to her pedestal, keeping her from moving beyond her designated place.

To recognize the true lowliness of her station would require her to step outside of her church’s entire system. To do this is a feat that requires great courage, strength, and maybe even a small miracle.

Yet in doing so, she steps inside her true self.

Luna Lindsey was born Mormon and left in at age 26. She writes about psychology, culture, autism, and sci-fi and fantasy. Her book, ‘Recovering Agency: Lifting the Veil of Mormon Mind Control’ is available in print and ebook. She blogs at http://lunalindsey.com and tweets @lunalindsey.

August 18, 2014 Quoting Quiverfull: Child Training From Day One?
Recent Comments
12 Comments | Leave a Comment
Browse Our Archives
get the latest from
Nonreligious
Sign up for our newsletter
POPULAR AT PATHEOS Nonreligious
1

Nonreligious
The Collins Family and the Dangerous Disinformation Circulated...
No Longer Quivering
TRENDING AT PATHEOS Nonreligious