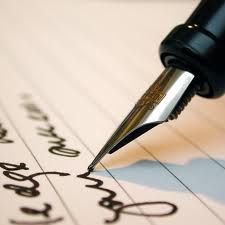 This afternoon while Denny and I were rearranging our bedroom a bit, I found a dusty letter on a shelf. I recognized my own handwriting. Well, it’s always interesting to come across notes of a writer tucked away here and there, even if the writer is myself. I’m a curious sort. I dusted it off and read it aloud to Denny. It was addressed to my heavenly father, Yahweh. (And like a good girl I’d written the date on it.)

Little did I know you would ask this of me every day thenceforth!

I find myself today with a  hard, guarded heart and a mediocre marriage. I’m not miserable (most of the time), but I’m also far from happy. I know I’m not being the wife I should be (Proverbs 31:12 is the most convicting verse in scripture!) and that I won’t know happiness until I’m fulfilling my proper role.

It’s so easy to forget that I was created for Bobby… and not the other way around. I focus so much on how neglected I am… how awful it is to have an unappreciative mate who may love, but seems incapable of showing it. Then comes the nauseating realization that he wakes up each day to a controlling, prickly sort of woman who doesn’t show him respect.
It’s tempting to attempt a change in my attitude with a sigh, “Guess I have to go first again,” in hopes of drawing from him the love and affection I need.
A change in my attitude IS needed, but not for that reason—I will always fall short if that is my goal. No, I need to change because I am not walking in my father’s will.

Father, I feel like there is a huge wall around me, built to keep me safe, but it’s dark and lonely inside.

There are things Bobby has said and done that hurt me, but I feel that bringing anything up to him will only hurt him, make him feel inadequate, and that a new method is required. I don’t feel up to it, Yahweh. I think I should just let it all go… forgive him silently and respect him unconditionally.

I have carried a rather low opinion of him for some time, keeping him at arm’s length because he’s not who I think he should be and it’s not right. It’s not even practical. Who can grow into a man under such conditions? And besides, who could live up to my unreasonable standards anyway?

Denny was floored. I sought the comfort of his embrace and had myself a good cry. Just prior to this we had been discussing the book I’m working on, which covers my teen years, my rocky marriage, my religiosity. Timely.
Man… It’s so good to be free.
Bobby and I had been together for just over twelve years when I wrote that. Justin would have been only about six weeks old.
I see so much here that overwhelms me. Naturally there are the memories. There’s not a part of this that I don’t remember and feel keenly, especially when contrasted with my present freedom, joy and wonderfully fulfilling partnership. There’s part of me that continues to occasionally grieve for that young lady, as well as to rejoice. It’s a mix of things. And tiny part of me is angry. Flat-out angry. Mostly with religion, with the Biblical doctrine that says women are created for men and must respect them whether or not they deserve it. Angry with the doctrine that can foster and feed such self-loathing and guilt as is displayed here, and keep someone spending their last ounces of energy trying to bail out a sinking, hole-riddled life boat.
In the midst of the bad, I see good things here. Though the trait of selflessness was out of balance in my life, I still am rather glad I developed that way of thinking for it’s helped me to be a better mother than I would have been. And wife; it wasn’t appreciated then, but it is now. (I still have to be careful now to take care of myself, to not give so much of myself that I wither. Balance in all things.) My tenacity is also appreciated by Denny, my determination and thoughtfulness, my desperation to sort things out and have healthy relationships. I have carried these things into my new marriage and friendships; they are valued highly and reciprocated.
Yes, these are good traits, but abused by some, especially the religious. It’s sobering.
I feel like I’ve come so far, so fast. If you’ve read Free to Be you’ve gained some idea of how quickly my paradigms shifted and how my happiness grew just in the first year. I’m coming up on the 2nd anniversary of laying the Bible down and I don’t regret a single step of the way. Much of it just sort of happened, but I made some important decisions in there, too. I am so very, very happy.
I’ve said it before and will say it again: if there is a god, he’s treated me far better since I rejected him than he ever did when I served him.

Read everything by Kaleesha Williams
Kaleesha Williams accomplishes her musing, writing, and goat-wrangling
in rural southeastern Missouri–that is, when she has time between
homeschooling and adoring her seven children, gardening, making goat
milk soap, planning projects with Denny, and trying to get her
sourdough English muffins to cook up properly.

Kaleesha has been blogging for over ten years and has written for
various farming and astronomy magazines.  You can check out her newest
book, “Free to Be:  How I Went From Unhappily Married Conservative
Bible Believer to Happily Divorced Atheistic Humanist In One Year and
Several Complicated Steps” at her website, www.kaleeshawilliams.com.
You can also keep up with her on Facebook.

Nonreligious
Nancy Campbell Orders You to be Content Yet...
No Longer Quivering 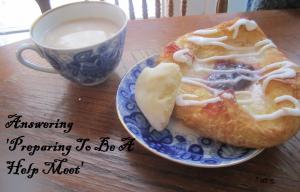 Nonreligious
Answering 'Preparing To Be A Help Meet' -...
No Longer Quivering
TRENDING AT PATHEOS Nonreligious