Preparing To Be A Help Meet: Three Types of Woman Part 4 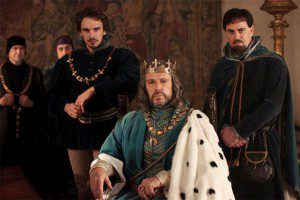 Now, Debi moves on to the “Go-to Gal” which is supposed to be the female version of the King.

“The Go-to GalMy son’s wife, Zephyr, is a Go-to Gal, similar to the King type.  That is not to say she is overtly bossy; she knows her place as a wife.  But she is strong, capable, and gives a sense of taking care of the greater number of people.  Go-to Gals ooze with confidence, have strong opinions, and do well organizing people.  These types often have a queenly presence.  Beware: Girls that are dominant can easily become Grabbers.”
Where does Debi’s obsession with serving the “greater number” of people come from?  I find that a strange obsession since the Gospels are pretty clear on serving the people left behind by society – not the “greatest number”.
Actually, Zephyr sounds interesting.  With any luck, Debi’s son Nathan took after a nice relative rather than his parents.

Don’t know what a Grabber is…. perhaps a later chapter will let us know..

“An example of a Kingly man in Scripture is King Solomon.  David was in fact a king, but in personal nature he manifested himself as a Priestly type.  A female example of a Go-to Gal is Deborah.  Her story is found in Judges 4.  She was a judge in Israel and such a strong personality that the armies would not go to battle without her being with them.”
????
I don’t know why Debi declaims that King Solomon was Kingly while King David was….not.  This is one of those places where an explanation would be nice.

Deborah is a great example of a “Go-to-Gal”.  She also worked outside the home and spent time in the company of unrelated men, in case anyone was keeping score on that count.Also in Judges 4 – Jael.  Jael of “Pretend to hide the enemy’s king in a tent then drive a tent stake through his skull while he sleeps” fame.    I think we can count Jael as a “Go-to-Gal”. 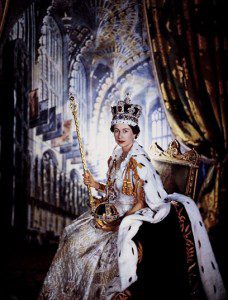 “When I think of Queenly/Go-to Gal, two different ladies come to mind.  One is a pastor’s wife.  He is regal and so is she.  When she walks into a room, she glides with her head held high. “
Clearly, posture is entirely dependent on inner personality characteristics.  Duly noted.
“The King Male/Queen Female combination is often bad, but because she has purposed her heart to serve and honor her husband, their marriage is powerful.”
*Blinks*
Since when is the King/Queen combination bad?  Where did that come from?  Not from history…or the Bible…..seriously, where did this come from?

“She brings it strength and honor.  Her resolve allows him to grow as a minister without having to take time to pamper her as his weaker vessel. Together they do well in raising a family in a challenging ministry.  In the back of this book, her husband will tell an awesome story about his strong capable wife.”
Oh, goody.  Can’t wait to hear this story.  The rest of the quotes are from the perspective of the minister husband.
“Well, I would like to say the most important thing to me is that my wife does not have a critical spirit toward me.  She does not keep a “weighted-in-the-balance” score card like some ladies do.  What I mean by that is, she does not keep mental records of the household chores I do then compare them to the amount she does.  I see other wives making sure their husbands take their turn doing housework or babysitting, and if the husband does not jump into “his role,” as she has determined it to be, then she is mad.  I am so proud of my fine wife.  Her serving heart makes me love her more and more each day.”

Wow.  He is wiling to point-blank admit he doesn’t do a fair share around the house then praises his wife for doing what he is too lazy to do.

Classy.
“My favorite photo of her is a shot of when she was covered with mud after doing some plumbing.  There is a great story behind that picture which demonstrates her commitment to me.”
That’s a creepy sentence.
“I am a preacher of the gospel.  One of my favorite places to preach is in prisons.  I had put in a request to preach at a new prison, but months passed and they did not have any openings.  Then one day the chaplain called and said someone had cancelled and I could come in.  It was an opening that could lead to a weekly time slot. “
So, his favorite place to preach is a place where he literally has a captive audience.  That does not speak well of his preaching skills….

“I was dressing when I heard my son yell, “The water doesn’t work.”  My wife went outside and looked under the house.  She came in and told me that there was a break in the pipe and water was pouring out.  It was Sunday afternoon and there was no chance of getting a repairman even if we could afford it.  I felt my heart sink.  I knew nothing of repairing plumbing, so I dreaded to even try, and further, I knew if I missed going to the prison this time the probably would not call me again. “
This is an example of what I find most mind-boggling about the CP mindset: Men bring nothing to the table in marriage.
He can’t supply enough money to keep the house in repair, can’t fix the house when it breaks, and is marginally employed.
Before reading this book, I assumed – falsely – that women traded economic and relational freedom for a husband with a definite income and traditional “male” skill set.

Nope.  Women trade economic and relational freedom for …..um…. lots of dependents including their husband – you know, the family leader.
“My face must have reflected defeat as I sat on the bed to take off my dress clothes.I felt my wife step up close to me and lay her hand on my shoulder.  I looked up into her smiling eyes.  As she spoke, her tone was full of encouragement and confidence.  “I can fix the pipe.  You go on to the prison.  I know how much this means to you.”Good for her that she knows how to plumb.
Why is this a new piece of information?  They’ve been married long enough to have a talking child – how did her skills with plumbing go under the radar that long?
“Late that afternoon I was energized as I returned from a really wonderful meeting of preaching to a bunch of sinners.  When I pulled into the driveway my wife was just crawling out from under the house, muddy and tired but successful in fixing the plumbing.  My son snapped a photo.”

I’m really curious HOW she fixed the pipe.  Plumbing is tricky.  It requires specific tools and materials.  Did they just happen to have them all lying around?  Did she make a run to a store?  Or a neighbor’s house?

“What kind of woman did God give me?  The very, very best.  She is the most willing servant I could ever imagine.”
Your wife is not an object, toy or a present from God.  Stop talking like she is.
“We have a house full of homeschooled kids, she is a great cook, and she keeps the house clean while always being cheerful.  When I come home from work I feel like a king as she and all the kids crowd around to welcome me.  I could not be the man I am today without her.  Every time I stand to preach I know I am here because of her.  I am free from the burdens of life and the turmoil of stress because she makes sure the household is running smoothly and peacefully.  Without such a wife I would not be a successful preacher.”

What does this guy bring to the marriage?  Absolutely-freaking-nothing.  She runs the house, raises the kids and keeps him carefully wrapped in bubble-wrap so he won’t break.  Kings – especially those anointed by God – are painfully brittle and with smash into a million pieces if life gets hard.
“So am I a wonderful, sacrificing husband? No.  I am distracted with thought, focused on ministry, and probably more selfish than most.  But I am so thankful she does not measure my worth and service to her before she honors and serves me. “
Notice how a rare moment of introspection – “As a husband, I suck!” – leads not to change for him but a back-handed compliment to his wife.
“Together, we are a team working to honor and serve the Savior.”
Yup.  The Gospels were chocked full of stories about the Apostles and Jesus being waited on hand-and-foot by their wives.

Oh, wait…..no.“So what do I think is important in a woman?  A willing heart.”And an ability to rationalize a lazy, self-absorbed spouse.
AntiPearl:

You have brains in your head. You have feet in your shoes. You can steer yourself any direction you choose. You’re on your own. And you know what you know. And YOU are the one who’ll decide where to go…
Theodor Seuss Geisel
Writer, Cartoonist, Animator

October 15, 2014 Quoting Quiverfull: Not Being a Stay-At-Home Momma is Rejecting God's Land of Milk and Honey?
Recent Comments
14 Comments | Leave a Comment
Browse Our Archives
get the latest from
Nonreligious
Sign up for our newsletter
POPULAR AT PATHEOS Nonreligious
1