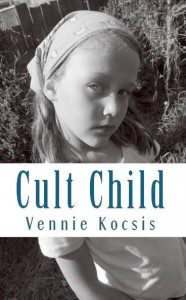 Cult Child is based on the recollections of a real-life child abuse survivor, whose physical and sexual maltreatment were allegedly abetted by a still-functioning Christian organization, known variously as The Move of God, The Movement, or more commonly just The Move.

The book is especially timely as former Move leader Doug McClain Sr. awaits trial in Bexar County, Texas, charged with conning a paraplegic man out of his entire life’s savings. McClain Sr., who already has millions in civil judgments against him, has also been linked to a shell corporation that allegedly smuggled tons of cocaine into the US on private planes. McClain’s son, Doug McClain Jr.  was previously convicted for orchestrating a different multi-million-dollar fraud.

Though a character named “Brother Doug” does play a role in Cult Child’s tale, the novel’s events predate the McClains’ legal woes and focus not on the Move’s questionable leaders, but rather on one of the families victimized by the church.

The story is written from the perspective of Sila Caprin, who progresses from preschooler to adolescent over the course of the tale. Her history begins with a prologue that states: “The events you are about to read are all true. Only names have been changed”.

Composed in the style of a memoir, the earliest chapters present as the imprecise memories of a precocious young child. The novel opens in the early 1970s. Sila has a pair of older siblings, her family lives in a suburban house, and her father has a white-collar government job. Sila’s mother, Jane, is a homemaker.

Conflict arrives when Jane is befriended by Esther, who persuades Jane to join her church. Jane takes to beating her offspring—mostly the male child, Jeremy—with a belt and on at least one occasion, worse. Troubled by his children’s maltreatment and unwilling to join his wife’s demanding new religion, Jane’s husband finds his marriage increasingly strained. When he is compelled by his job to a weeks-long absence, multiple church members move into his house, occupying a spare bedroom. Returning to find his home overrun with religious fanatics, Jane’s husband packs his things and departs, promising his children that he’ll return for them. However, it will be years until Sila and her father are reunited. In the meantime, Sila journeys from a California suburb to a poverty ravaged ghetto and finally into the frightening isolation of a cult-like religion.

The Move’s history and doctrines are revealed in overheard snatches of adult conversations, which Sila often does not fully comprehend. As details trickle in, readers develop a picture of the background and functioning of the group.

The Move’s now deceased founder is Sam Fife, a former Baptist minister. Considered an apostle by his followers, Fife’s sermons were laden with apocalyptic prophecy. Sila’s family were among thousands converted during a recruitment effort that bracketed the revelation of Fife’s defining theology—known as the ‘Wilderness Message’.

Central was Fife’s prediction of a Russian occupation of the United States. Followers were told that their sole hope of freedom lie in retreating to subsistence farms that Fife had established in remote areas. Fife’s evangelists crisscrossed the globe in privately owned aircraft, spreading his message to cities across the US, Canada, and Columbia. Ironically, people who’d hoped to escape communism were required to surrender their wealth before being admitted to the prison-like conformity of Fife’s communal farms.

Sila’s account spans her arrival and subsequent years spent on two of these farms. And, as readers witness, impoverishing their members was only one of the Move’s aggressive indoctrination tactics:

“… they were burning all of our stuff, at least everything that couldn’t be used or distributed to the people on the commune.”

After confiscating their valuables and burning the evidence of their pasts, the cult further isolates Sila’s family by assigning each to a different bunk room and eating area:

Conditions vary between the first farm, near Ware, Massachusetts, and Sila’s later home, outside of Fairbanks, Alaska, but sophisticated coercion is a constant. Routine maltreatment—including disciplinary beatings, grueling farm work, and near-starvation rations—is directly commanded by church elders as a means of imparting doctrine. Other abuses—such as Sila’s almost continuous sexual molestation—come as the predictable result of separating children from the protection of their own biological siblings and parents. 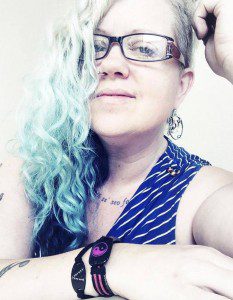 Told in a restrained but highly effective style, reminiscent of Kazuo Ishiguro’s brilliantly understated bestseller Never Let Me Go, Cult Child provides frightening insights into the methods and after-effects of religious coercion. In the end, despite constant pressure, Sila rejects the worldview of her captors. Her fortress is no bigger than the space between her ears; but through quiet internal resistance, Sila halts her opponents and outlasts their ten year siege.

All rights reserved. Do not reprint/repost without permission.

M. Dolon Hickmon is a freelance columnist for The Freethinker and OnFaith. He explores the intersections of religion and child abuse in essays published around the web, as well as in the pages of his critically acclaimed novel, 13:24 – A Story of Faith and Obsession. You can follow his writing on Twitter @TVOS1324.

October 7, 2014
Quoting Quiverfull: Getting On Up Again?
Next Post

October 7, 2014 News: Hillsong United Pastor Being Investigated For Possible Abuse
Recent Comments
7 Comments | Leave a Comment
"This is late, partly bc of my preoccupation and partly bc I'd been slowly reading ..."
Jennifer Serena’s Serenity – Luxury Hotel, Birthing ..."
"Thank you for your commitment to truth and love, Suzanne. Best wishes to you and ..."
Meredith Anne Not a Goodbye, More of a ..."
"For your sake, I am so glad you will no longer be editing and managing ..."
Lana Not a Goodbye, More of a ..."
"For what it's worth, I've learned a lot from you about a Very Creepy movement ..."
Gwen Pryce Not a Goodbye, More of a ..."
Browse Our Archives
get the latest from
Nonreligious
Sign up for our newsletter
POPULAR AT PATHEOS Nonreligious
1 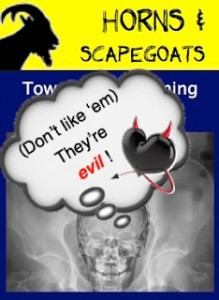 Nonreligious
Using Halos to Cope With Horns? Objectification as...
No Longer Quivering
TRENDING AT PATHEOS Nonreligious